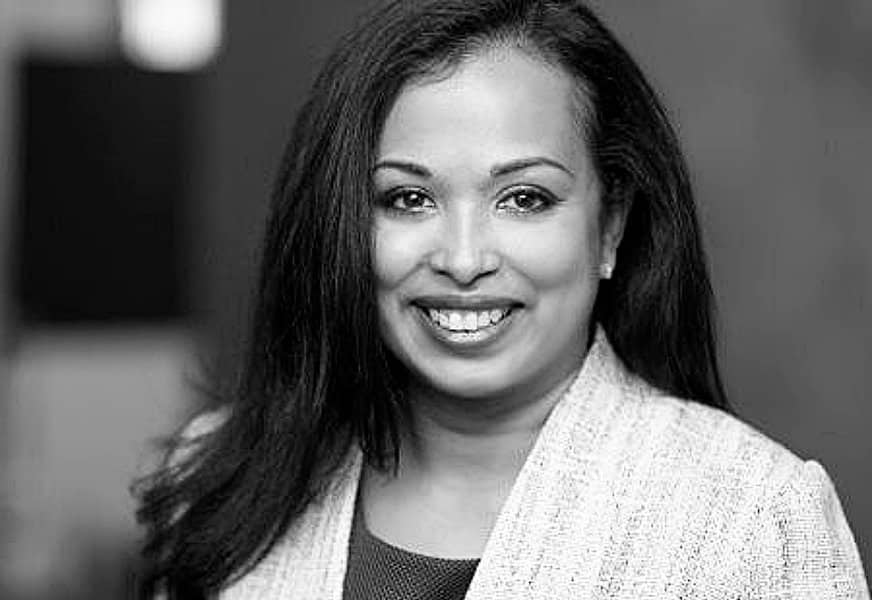 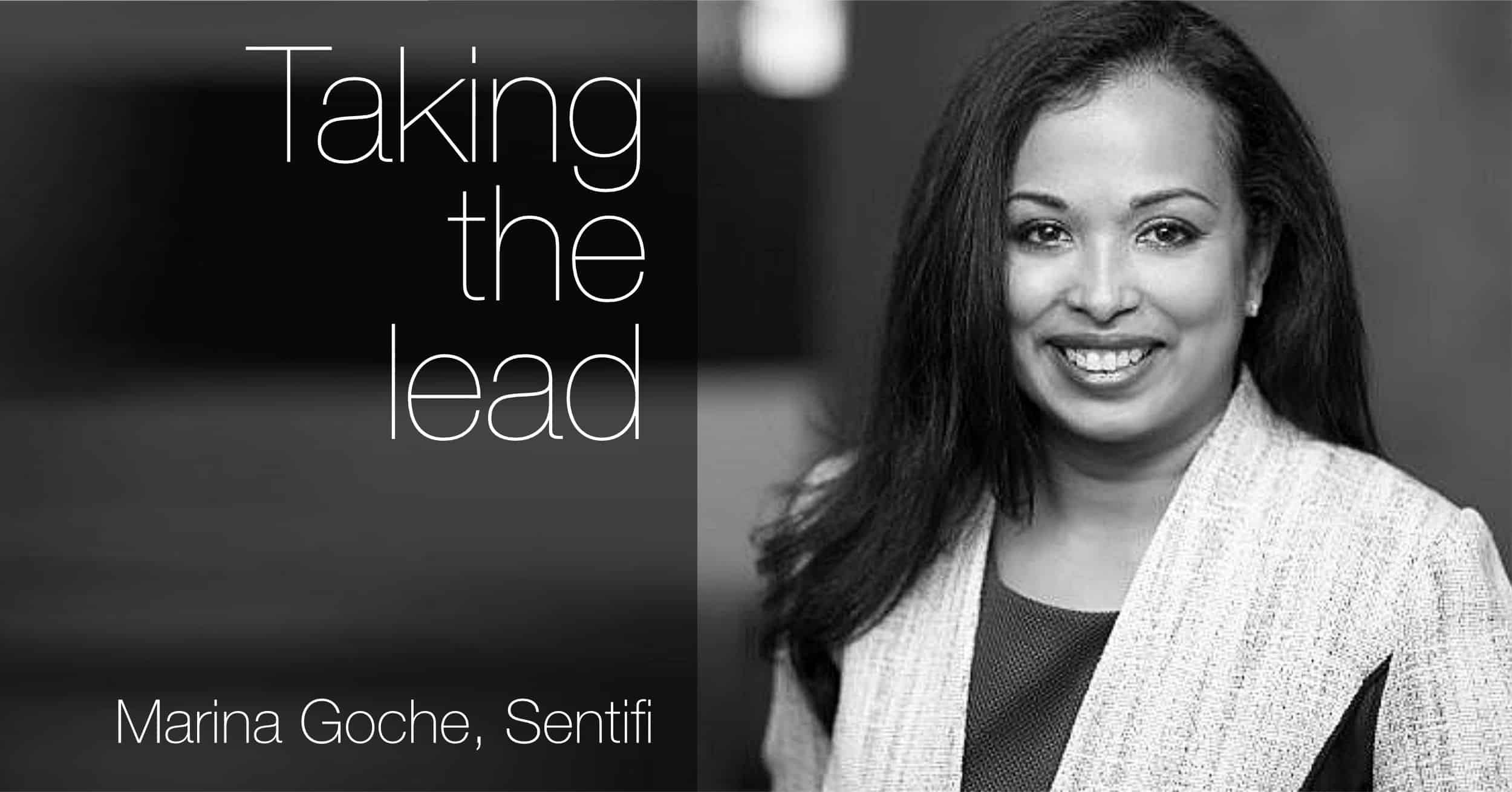 Marina Goche, Chief Executive Officer of alternate data provider Sentifi, describes herself as a global citizen which is challenging during a global pandemic. Sentifi was established in 2012 and is based in Switzerland, with a Swiss board. Prior to Covid-19 Goche used to be on a plane for two weeks travelling between the firm’s offices in Zurich and Vietnam before returning home to Australia. Now she is having to lead Sentifi from Sydney as Australia has closed its borders.

Goche joined Sentifi in 2017 after more than 20 years in financial services including leadership roles at data providers Markit and S&P Global. The following year she was promoted to Chief Operating Officer before taking on her current role in April last year.

Goche says, “When I joined Sentifi Twitter had been around for a little bit, but the volume of chatter has since doubled. The forecast is that by 2022 there will be 29.5 billion network devices used by 4.8 billion people, so a lot of intelligence is being created which can be mined for investment signals.”

Sentifi ingests structured datasets and unstructured data from social media, news, and blogs, into its artificial intelligence model to produce actionable investment signals. Its analytics cover over 50,000 stocks, currencies, commodities and indices, and monitors allocation decisions across 150,000 active and passive funds. The platform can also drill into investment and allocation trends across different regions and industries, and can track how top funds have shifted allocation.

“I consider alternative data to be the next frontier as 90% of the world’s data has been produced in the last two years,” Goche adds. “Sentifi can mine that dataset to find investment signals in a way that has never been done before.”

She explains that alternative data offers the ability to look at environmental, social and governance performance using non-corporate disclosures. For example, Sentifi can capture tweets about a company using child labour without any time lag or can deliver asset outliers surfacing from tweets, news and blogs. Outliers are assets that are experiencing extreme positive or negative sentiment in combination with unusual levels of chatter.

“We can find those outliers very quickly in real-time and present them to our clients to make informed investment decisions,” says Goche. “That is really exciting because we are providing a true and unbiased reflection of ESG.”

Goche engaged with 450 institutional investors in eight different geographies when Sentifi started to think about how to offer useful, credible investment insights from an ever growing pool of unstructured data. All the analytics that Sentifi has since developed are scalable, robust and geared towards delivering the analytics that were discussed with those institutions.

She adds, “The speed at which we are seeing technologies evolving to mine datasets is something I would never have anticipated 20 years ago. Artificial intelligence and machine learning were not on the radar but are now at the centre of what we do at Sentifi.”

Sentifi believes that retail investors have identical needs to institutions in understanding which sectors, industries, regions and countries are recovering faster than others in the aftermath of Covid-19. At the beginning of this year the firm launched a new intelligence platform, Sentifi Portfolio Intelligence for Retail Investors, to enable them to also receive intelligence from large volumes of unstructured data, and make faster and better-informed investment decisions.

“The ability to service both of these investor groups, and to service the broader financial market participants, irrespective of their maturity, is a key focus,”
Goche adds. “We know we have an innovative, strong product portfolio evidenced by our recent awards.”

Career
Goche was not thinking about becoming CEO when she initially joined the fintech. “My whole focus at the time was helping the company pivot towards producing actionable investment insights, which is what I focused on for the last 24 years in my career,” Goche said.

She studied Commerce, Accounting and Finance at The University of Western Australia before moving to Boston for an international management training programme at State Street Bank. The scheme takes 16 people from around the world and trains them with senior management on how to execute strategic initiatives.

“The key lesson I learned was that managing people with different cultures, backgrounds and ages is fundamental towards executing any initiative,” says Goche.

She describes herself as being deliberate in areas that she has focused on in her career. As Goche moved through her career at State Street she learned that processing data and the quality of the data underlies the services being delivered.

“It is really important to not be afraid to try new things and approach new frontiers, it is always exciting to offer solutions that support market participants to make informed decisions,” she says.

When she felt she had learnt about data and technology, Goche wanted to understand how to manage people to innovate at speed and execute new initiatives at Markit and S&P Global who had operations in different geographies and highly talented teams.

“Being a CEO has consolidated various lessons I’ve learned throughout my career such as building new business lines, new revenue streams and executing new initiatives with multi-cultural, multi-gender and multi-age teams,” Goche adds.

Diversity
She stresses that the financial industry should appreciate that it needs perspectives that are multicultural, multi-gender and multi-age in order to solve problems quickly.

“The richness of solutions that you can formulate as an organisation hinges on bringing those various elements together as we have at Sentifi,” says Goche.

She continues that she is often the only woman in meetings with Sentifi’s board or shareholders but she does not focus on that.

“If we do, we lose track of the value that we can add and the contributions we can make,” Goche adds. “My focus is always on the outcomes that we are looking to achieve as a team and how we are going to get there.”

Her advice to other women is that they should consider a career in fintech because it is going to require an enormous amount of creativity to produce new solutions and they can contribute to facilitating transformation in the industry.

Goche concludes, “The speed at which we are seeing change from a technology perspective and the volume of data that’s being produced on a real-time basis creates so much opportunity.”