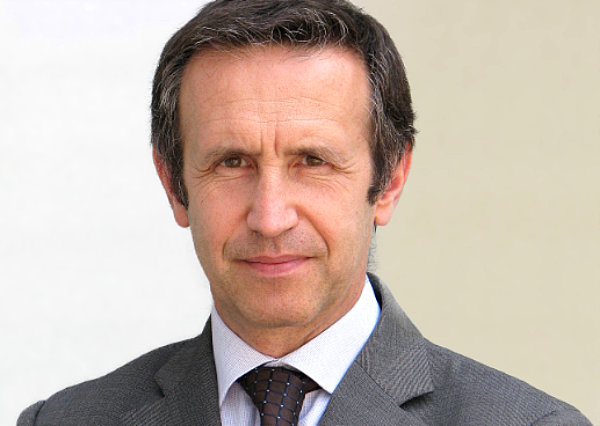 TO BE OR NOT TO BE AN SI: THAT IS THE QUESTION.

MiFID II came into effect on January 3rd 2018, with the aim of creating a better, safer and more transparent financial market. While trading OTC is still viable, the European regulators would prefer the activity to be moved onto either a regulated market, MTF (multi-lateral trading facility) or a new platform category – the OTF (organised trading facility). However, one of the biggest changes has been the re-introduction of the Systematic Internaliser (SI).

They did not catch on in the first iteration of MiFID I mainly because it was limited to the trading of shares. Under MiFID I, investment firms could elect to become SIs at their own discretion. However, very few opted for this route and instead launched broker-crossing networks. Under MiFID II, the umbrella was expanded to include equity-like instruments (depositary receipts, exchange traded funds, certificates and other similar financial instruments) as well as non-equity instruments (derivatives, bonds, structured finance products and emission allowances).

MiFID II introduces new quantitative thresholds to define an SI, based on the following criteria:

Calculations need to be conducted at legal entity level and at single instrument traded level, on a quarterly basis and take into consideration the previous six months of data. In August, the European Securities Market Authority (ESMA) published data for the SI calculations, and the new assessment on liquid bonds showed there were 466 liquid bonds – a larger number than the figures published in May, but still a modest number.

Difference between OTF and SI

The new rules do not allow OTF and SI to exist within the same legal entity. This is because an SI is not classified as a trading venue but a counterparty because its activity consists of risk-facing transactions, impacting its P&L. An SI operates a bilateral system and should not be allowed to establish networks of SIs by investment firms.

It is also prohibited from bringing together third-party buying and selling interests via matched principal trading or other types of riskless back-to-back transactions outside a trading venue. Those transactions would not qualify as risk-facing transactions and therefore could only be executed by an SI on an occasional basis. However, ESMA highlights that the above does not prevent SIs from hedging the positions arising from the execution of client orders.

Under the SI regime, the buyside needs to properly discriminate which bank is acting as an SI for which bond, in order to understand its prospective reporting obligations. Ideally, there should be a general ‘golden source’ clarifying who is an SI, and more specifically, the International Securities Identification Number (ISIN). Authorised Publication Arrangements (APAs), where most of the pre-trade quotes and post-trade reports are sent, have developed a public SI registry.

Market participants should also be aware that SIs for bonds are required to provide firm quotes to clients on request (in standard market size) for liquid bonds. However, they can limit the number of transactions a client may enter, and the clients to whom the quotes are provided, so long as its commercial policy is set in a non-discriminatory way. This way SIs can manage their trading activity and the costs and risks associated with this.

Moreover, MiFID II introduced the possibility for an investment firm to opt in as an SI, even if it does not meet all or any of the new criteria. While some ‘opted-in’ on a voluntary basis, other will simply not be able to avoid registering as an SI, due to their nature and size. However, we should highlight that most of the investment firms would like to avoid being an SI, as this would trigger additional obligations.

There are no obvious benefits, from a market-making perspective, or guarantee of either competitive pricing or liquidity. It could be possible that some investors, as part of their execution policy, may require quotes from SIs for specific instruments when trading OTC. Alternatively, whether a bond has a certain number of registered SIs could be a component of an investor’s internal liquidity scoring.

Despite the SI regime being subject to debates around tick size, it has gained in popularity, allowing firms to deploy both risk capital and market making-type liquidity to the buyside in a compliant manner. Several of the world’s largest proprietary trading firms have become SIs, which represents a significant shift for European market structure. This is particularly the case in the bond market where GreySpark Partners research anticipates that “banks will utilise SIs as the new home for their current OTC business”.

A separate study from TABB Group states “market maker SIs executed almost Ä30bn in the first quarter of 2018 (half a billion euros a day) in all asset classes. The research paper notes that interactions within SIs can offer significant benefits to market participants by showing a better price/market size than the exchanges and because an SI always knows who is the counterparty.

However, time will tell how big SIs will become, their impact on the fixed income market infrastructure and their role in high and low-touch digital transformation. There are also questions about the impact on bond trading where the rules are complex, although for now the general consensus is that it will be limited. One reason is that the bar is high to become an SI in terms of stringent criteria and investment in infrastructure. This is putting off many investment firms, which is why it is likely that a significant proportion of bond trading will remain OTC, or exempted from pre-trade transparency obligations.

Almost every investment firm though will carefully monitor where it sits compared to SI regime thresholds. Performing assessments and monitoring dashboards requires a huge amount of data to be ingested, normalised and visualised via dashboards and alerting systems.

As for the sellside, some banks will have no choice but to become an SI for certain assets while others may be willing to revisit their trading activities to avoid the new obligations,

Another consideration is retail platforms, which are in competition with other execution venues. For example, in Italy authorised SIs for bonds have been active successfully since 2007 as single dealer platforms (SDP), acting as a bilateral system in their own account, fully transparent either for pre-trade and post-trade transparency. An SDP, where trading always takes place against a single investment firm, should be considered an SI under MiFID II, when it complies with new regime requirements.