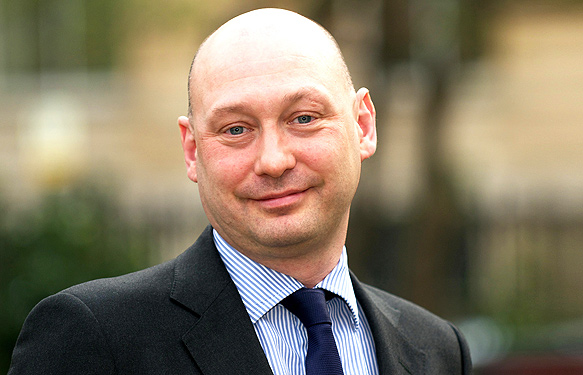 FTT: SHOULD WE BE AFRAID OF GOETHE’S APPRENTICE?

As the European Union moves towards the implementation of a Financial Transaction Tax on 1st January 2014, Rob Boardman of ITG reviews the causes and consequences of this great experiment in taxation policy.

In Goethe’s poem The Sorcerer’s Apprentice the well-meaning trainee attempts to invoke powerful magic learned from his master to do his housework, but soon realises that he cannot control the forces he has unleashed. In 2011 the European Commission President, José Manuel Barroso proposed a new experiment to invoke the magic of revenue-raising through a Financial Transaction Tax (FTT), based on a model proposed by the Nobel Prize winning economist James Tobin. Yet other economists and market participants fear the FTT will cause unintended negative consequences. Perhaps European policy makers, rather like Goethe’s apprentice, have not fully anticipated the destructive power of Tobin’s magic. But should we be fearful of the European FTT?

Certainly the experience of Sweden, which adopted a FTT in the mid-1980s, is not encouraging. After introducing a tax on trading in Swedish stocks, bonds and derivatives, transaction volumes fell, and trading moved offshore. Predictably taxation revenues were much lower than anticipated, liquidity in stocks and (especially) bonds dropped alarmingly, and the futures market was all but eliminated. Eventually the Swedish government admitted defeat and by 1992 had abandoned the tax completely. So why has the idea resurfaced now?

Since the financial crisis started in 2007, the media and politicians have accused banks of creating markets which made credit (particularly sub-prime mortgages) too easily available because risk could be transferred (e.g. via credit derivatives) without accountability. The fact that some banks had to be rescued with public money made them doubly targeted. Of course regulators and credit-rating agencies had their part to play in the crisis, but policy makers are now focused on reducing “speculative” trading in financial instruments. Another factor exposed by the financial crisis was the large budget deficits built up by many European governments. So the FTT kills two birds with one stone: raise money to plug the public finances by imposing a tax which throttles financial market trading. Simple in theory, but will the new European FTT suffer the same fate as Sweden’s?

European policy makers have tried to learn the lessons from the Swedish experience. The process approved at the 22nd January ECOFIN meeting, and revised proposals published on 14th February, although not near to being definitive, crucially are structured to tax “resident” traders irrespective of where the transaction occurs. Furthermore the FTT contains exemptions on transactions involving central banks. These measures are designed to ensure trade cannot simply move offshore and that central bank financing operations avoid the difficulties encountered by the Swedish government.

So if anti-avoidance measures work, how much money could the tax raise? Well that depends on the tax rate imposed and how much transaction turnover falls. Assuming a 10 basis point tax on purchases and sales of shares and bonds, and one basis point tax on derivatives, the official European Commission model estimates annual revenue of €57.1 Billion, if applied in all EU countries. Limiting it to the 11 countries who have agreed to adopt the FTT reduces the target to €35 Billion annually. Two-thirds of the total levy is expected to come from the derivatives market, particularly the highly liquid interest rate derivative contracts which the European Commission’s model suggests will account for half of the total tax raised. The model assumes a massive 90% reduction in derivative transactions, so the accuracy of its estimates about the impact on derivatives will be key to predicting tax revenue.

What about cash equities? Although not to blame for the financial crisis, other political rhetoric demands equities are included in the FTT. Some politicians demand curbs on speculative and high-frequency trading, arguing that it serves no “public purpose” and cite the 6th May 2010 Flash Crash in US equities as further evidence of instability caused by rapid automated trading. Such is the demand to introduce a FTT in equities that France and Italy have already introduced a limited scope FTT covering equity trading in larger companies incorporated in those countries, in advance of the European version. If the proposed European FTT is watered down, these early versions could be useful barometers of what might happen following its introduction.

The French FTT, introduced 1st August 2012, required buyers of French equities to pay 20 basis points tax, levied on stocks with a market capitalisation of greater than €1Bn. The Italian FTT, introduced 1st March 2013, gave a new twist: 12 basis point tax for purchases done on exchanges or multilateral trading facilities, or 22 basis points for purchases done over the counter. The Italian tax has a lower threshold market capitalisation of €500 Million. Significantly both tax laws were drafted to charge the net settled position each day, which meant that market makers were able to reduce their tax liability by ending the day with flat positions. The tax is of course paid by end investors, mutual funds, pension schemes and other real-money investors. Both FTTs also included a separate tax on high frequency trading, but it was narrowly drafted and the amounts collected are small.

Using BATS data for the first 15 business days of the Italian FTT, turnover in the Italian MIB large cap index has fallen 11% compared with the same period in 2012. But turnover in the German DAX index (where there were no tax changes) has also fallen 10% in the same comparison, so there is not yet compelling evidence of reduced turnover. The OTC market in Italian equities has collapsed, and instead some brokers are using a work-around to report OTC trades to exchanges and thereby benefiting from the lower rate. The French FTT had a similar small reduction in market turnover immediately after its introduction, but there was no long term reduction in liquidity. High-frequency trading has largely continued. So despite the political rhetoric, the FTT was a disguised tax on the general public and did little to reduce perceived risk in public markets.

The final terms of the European FTT are still being negotiated, and although the initial draft lacked some of the exemptions that are present in the French FTT, many political observers believe that France in particular will be lobbying to position its current tax as the model for the new European levy. The result of these negotiations will be crucial to determining whether the European Union can wave a magic wand to produce pain-free revenues or whether it will be found, like Goethe’s Apprentice, to be dabbling in experiments with disastrous consequences.