Prior to February 12th, the EMIR Reporting Start Date for derivative contracts, many observers were pessimistic; one side predicting wholesale non-compliance, whilst the other predicted apocalyptic meltdown of trade reporting platforms due to high volume and data quality issues. Now that a month has passed without catastrophe and the dust is starting to settle, Nic Boatwright, managing director of REGIS-TR, offers us a cautiously optimistic view for the journey ahead. 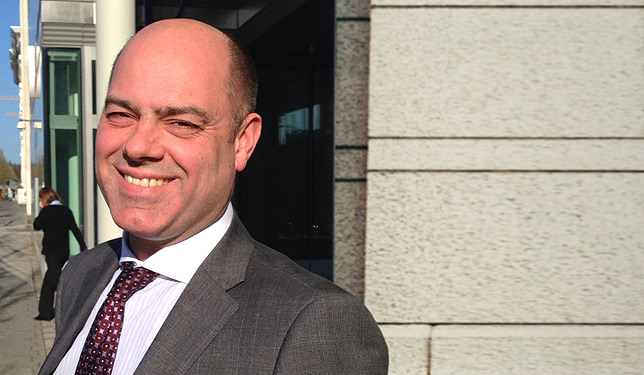 The successful Trade Repository authorisation in November 2013 was the trigger for a number of customers, although we already had a very strong pipeline, evidenced by high levels of sign-up to our test environment. Levels of awareness differed across client size and segment, previous postponements (and expectations of a further one) meant that even some of the more prepared institutions were not prepared to commit until this point. That gave them 90 days from our registration until Reporting Start Date (RSD). The number of customers using our test environment multiplied six-fold following the November announcement.

Our test environment, which had been in place since 2012, was not the only ground work we had done. REGIS-TR was also the first trade repository to have contracts and published fee schedules in place. During the course of 2013, executive representatives from REGIS-TR attended 80+ conferences, roadshows and trade events across a number of different sectors and locations to try to keep this on people’s list of priorities but, despite our best efforts, there was still significant compression in account opening applications.

Those well-prepared, high volume customers completed their on-boarding in good time but there were a large number of (mainly) corporate customers coming to us very late in the day, which presented challenges. More than 80% of our entire client base only submitted their account opening documentation within the 5 weeks prior to the reporting start date. The document pack included things like articles of association, signature specimens and user preference profile information, all of which had to be diligently validated and set-up before they could start reporting in the production environment.

There were different reasons why customers came late. For some of the smaller corporates, who are not well represented in industry bodies and don’t have the luxury of large legal and compliance teams, they simply weren’t aware that EMIR applied to them. For some of the larger buyside clients, there was an expectation that the implementation of the regulation would be delayed or that their banks would simply take care of this on their behalf. Also, our sales performance was strong and the subsequent demand was top of our expectations. In hindsight, one may ask why we didn’t set a January deadline to allow us clear time to process applications after a certain cut-off point, however we took the approach that we wanted to keep our doors open to try to help as many customers as possible to be EMIR compliant from February 12th. This was achieved for the overwhelming majority, although I won’t pretend that for some it wasn’t taken to the wire.

When RSD arrived, we had every reason to be confident regarding our system performance. Indeed, everything held up robustly, as we had planned, and customers report on average more than 6,500,000 trades and more than 1,500,000 positions on a daily basis. We had a mirror-image test environment in place since 2012 and we also spent a lot of time consulting with a number of our biggest customers to get a firm idea of capacity and volume benchmarks. As to be expected, we experienced a minor processing slow down at peak usage on RSD, but this did not alter performance materially. In any case, we undertake real-time system performance monitoring and the platform is scalable for volume intraday.

Whilst we are proud of this achievement, we are also acutely aware that this was only the start of the journey, with collateral and valuation reporting and potentially additional reporting obligations for the likes of REPO to come. Now the focus is rightly shifting from account opening to data quality and, specifically, in helping our clients fine-tune their reporting so as to achieve the highest level of automation.

Work is now moving full steam ahead on any teething problems our customers are experiencing with the new regime – their questions tend to focus on rejection issues, pairings and reconciliation. In terms of rejections, we are finding that customers with the largest number of rejections also manage to report significant numbers without rejection. We are working with them to identify the glitches and, hopefully, some tweaking should see the majority of rejections cease. Similarly with pairing, we have seen some issues as a result of the legal entity identifier regime (LEI – whereby customers need an LEI for each trade) not yet being fully fleshed out – however, this is an interim issue that we are working to resolve by utilising other available data to pair. Longer term, the LEI initiative is very positive since it helps to centrally identify entities and track trades, and as of today, roughly 90% of our customers are using LEIs.

The reconciliation differences will, though, be harder to resolve. In terms of data quality, customers must first have the data right in-house. Understandably, a lot of them did not have time to focus on perfect mapping from their own, potentially multiple, trade capture and matching platforms at the level of detail required across 85+ fields prior to RSD. They took the pragmatic approach that, first and foremost, actually reporting was the main concern.

But a more fundamental issue has been the lack of clarity in some areas like the methodology for UTI (Unique Trade Identifier) or UPI (Unique Product Identifier) allocation, meaning that there is not currently an industry consensus on the right approach. For UTIs, counterparties will need to agree bilaterally how they will be generated, and who will generate and who will consume. For UPIs, both parties may in fact be reporting “correctly”, but because – in the absence of a common standard protocol – they use a different identifier, a reconciliation break occurs.

Whilst Inter-TR reconciliation has started working in earnest over the last weeks and we have now reconciled large numbers of transactions on an automated basis with our TR peers, the exact matching for all fields – i.e. perfectly matched across all fields on both sides – remains a real challenge and we still have far to go. The visibility of the Inter-TR reconciliation to the regulator should ensure that discussions surrounding a standardised approach continue and a sensible approach adopted to prioritise which of those fields is fundamental and allow matching tolerance where appropriate. It will get better, but it is going to take time and require determination and co-operation. Ongoing dialogue with ESMA and the wider market will, I’m sure, result in “normalisation” of market practice.

There is a prevailing view that the implementation of EMIR should have been further delayed to iron out such issues in advance. I’m not sure I really subscribe to this. Firstly, many of our customers tell us that they are literally jumping from implementing one piece of legislation to the next based on urgency of implementation date. On this basis, a postponement to RSD would likely not have resulted in significantly more time being spent on preparing for it; rather the time would be spent on the next hard regulatory deadline. Secondly, with something as complex and involving as many different market participants as this, there was always going to be an element of having to “learn by doing”, although a firm endorsement of a universal standard for LEIs, UTIs, UPIs would have undoubtedly helped. I think it’s also important to take a step back and look again at the wider context: ESMA was a new regulatory body, having been tasked with the implementation of a new, unpopular piece of regulation, in large part to a sector hitherto without reporting obligations and very reluctant to embrace it, with only the infant Dodd Frank Act, itself beset with challenges, by way of a reference point.

Looking to the immediate future, the milestones for back-loading (three months and three years) and collateral and valuation reporting (six months) should be easier to achieve now that the groundwork has been done. As the number of LEIs issued suggests, not all counterparties have started reporting yet and we continue to see a steady volume of account opening requests coming through. Furthermore, some clients have indicated that they took a pragmatic view in terms of putting a reporting model in place for RSD and, when things are operating on a business-as-usual basis, they intend to revisit their model with a view to their longer-term strategic objectives.

Considering all of this, we are now at a stage where hundreds of millions of trades have already been reported by tens of thousands of market participants. Intra-TR reconciliation has started and regulators have already started to review data. Certainly, it has been difficult and a lot of focussed effort remains to make this as pain-free, mainstream and unobtrusive to the business of trading as possible, but getting to where we are has been no small achievement for everyone concerned. A rocky start has, in my view, been better than no start.