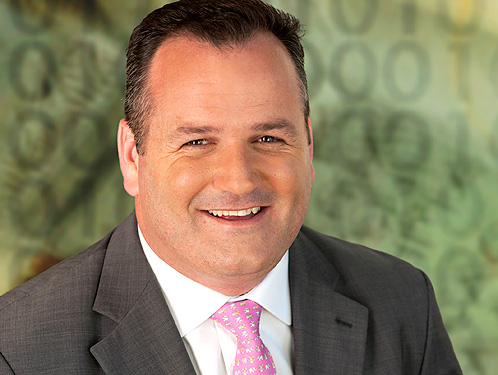 The new market frontier for clearing and settlement operations?

The search for better returns, the emergence of global indices and opportunities in developing regions is increasingly leading large investment banks to look to the emerging economies. Perhaps the greatest challenge for these banks is how to cost- effectively service such markets, given the operational infrastructure and market connectivity that is frequently lacking in these regions.

Core jurisdictions such as the United Kingdom, Germany, France, Hong Kong, Japan and the United States are very well served for clearing and settlement infrastructures – usually developed by highly skilled in-house teams. Our experience over the last five years in Asia has been the need to widen the investment net beyond Japan, Hong Kong and Singapore; and in Europe beyond the major financial territories and into other often faster-growing markets to the east.

When investment banks extend into non-core markets, the processing and market connectivity practices are more often than not very different. The banks invariably need to purchase a local vendor system (due to a lack of resource availability, time and market knowledge) to be in a position to handle all the local rules (including specifics such as books of records rules). Yet many of these markets suffer from a lack of system vendors that are capable of providing a scalable solution, or one that can accommodate clearing and settlement rules in more than a single country.

The dilemma for banks (whilst only processing a low number of trades) is to avoid buying different systems to cater for all of the non-core markets in their region, without incurring huge expense. The only viable solution is to implement one central hub that has multiple market interfaces for clearing and settlement processing.

In Europe we have a complex scenario: 27 countries, many with their own unique requirements. In terms of Eastern Europe, it is the likes of Czech Republic, Russia, Poland and Turkey that are seeing a significant increase in trading volumes. Outside of these countries some of the investment banks are also offering coverage of the smaller Eastern European countries as a ‘loss leader’ in order to win client portfolios that include the major markets mentioned above. In such situations, it is imperative to reduce operational costs and maximise efficiencies.

Further complicating market expansion is T2S. TARGET2-Securities is a new European settlement engine that aims to harmonise much of the highly fragmented securities infrastructure across European markets. The project is scheduled to go live starting in 2015. The fundamental objective of the T2S project is to reduce the costs of European cross-border securities settlement, within the euro area and across participating non-euro countries, as well as to increase competition and choice amongst providers of post-trading services.

In our experience, many of the big investment houses are already hard-pressed handling the implications of T2S; therefore in delivery and operational terms they are too stretched to accommodate the nuances and problems associated with entering emerging markets. Currently many banks outsource the execution and settlement of trades in these non-core markets through a local market participant, such as a local broker or custodian. This reduces the margin for the bank, feeds potential competitors revenue, reduces processing timeframes and increases risk. One hub that can cater for all these frontier markets and provide scalability as transaction volumes increase is far more palatable.

Major obstacles involved in setting up a hub

There are three key requirements when attempting to set up a clearing and settlement hub in emerging and frontier markets:

• Understanding the market requirements – these requirements are extremely likely to change; therefore adaptability is key to any clearing and settlement hub.

The benefits of such an endeavour are clear:

• Delivery of a scalable solution providing future proofing for volume growth, and new market additions, through a single solution.

• A significant reduction in the investment bank’s time to enter a new market.

• Economies of scale: with multiple clients, vendors providing hubs have several entities that are financing the build of the system, as opposed to banks bearing all the development, and maintenance costs themselves from an in-house build.

The key is the ability to cope as the volume of trades increases, whilst minimising operational costs while trading volumes to these markets are relatively low.

Investment banks have little choice but to adapt to a new type of operating model in order to effectively enter frontier markets for two key reasons.

Firstly, as the flow of capital becomes more widely distributed (outside of the traditional global markets) and governments in emerging economies increasingly become aware of the importance of having a sovereign capital market infrastructure that can help corporates to reduce their reliance on the traditional sources, the move toward clearing and settlement hubs will accelerate.

Secondly, chasing index performance is having a substantial effect on asset allocations, helping to determine where the fund flows go. As countries are reweighted, this will inevitably affect the direction of capital and drive investment to the frontiers.