HOW DO YOU DEFINE TOXICITY? 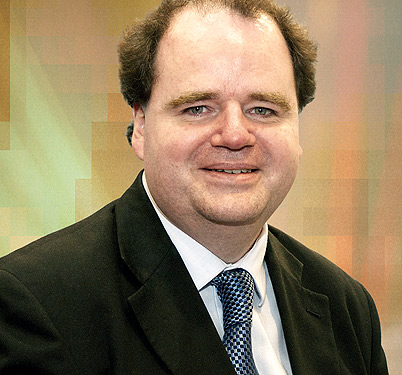 Darren Toulson, Head of Research at LiquidMetrix explains the methodology behind the Counterparty Profitability Measure and how much you could be losing to ‘Toxic’ counterparties.

A central fear any buyside trader will have when trying to execute a large order is being exposed early on in the trade to ‘toxic’ venues or counterparties. Imparting too much information too quickly to the wrong people will make your implicit trading costs higher or worse, it may make finding liquidity at all a challenge.

The idea that certain market players seek out large buyside orders to game has been given credence by recent books, articles and media attention focussing on predatory HFT algorithms and opaque anti-gaming logic in some dark pools. Because of this, there’s pressure on buysides, sellsides and execution venues to demonstrate they are not falling prey to, or inadvertently encouraging, such gaming.

But what is meant by ‘Toxicity’? A common perception is that certain counterparties exploit fast connections, privileged access or smarter algorithms to ‘game’ less sophisticated trading styles. How can a participant see if this is the case with their own trades?

Let’s consider two approaches that buysides might use when trying to identify fill level toxicity:

One way to characterise ‘toxic’ trades is to think what we might expect from a ‘good’ set of trades, for instance:

This type of ‘qualitative’ approach doesn’t always produce clear ‘smoking guns’ (though sometimes it does!) but it does provide a good way of assessing the relative performance of different brokers / algos / venues and giving some assurance that trades executed through these different channels are doing what they should do and are not harming your overall trading performance.

Returning to the central concern around predatory short-term trading styles, much of the fear is that the counterparty to our trades might be making quick, riskless profits at our expense. Whether this profit is coming from ‘latency front running’ lit market orders, gaming reference prices in dark pools or some other means is immaterial.

In both cases (and others scenarios described in the previous section) the counterparty to the buyside order has probably obtained a short-term profitable position. But how profitable?

The obvious way of measuring this is to simulate a simple short-term market making model that will balance (trade out) positions obtained as a result of being counterparty to all trades done by a certain buyside. Obviously this needs to be done somewhat realistically, simply looking at mid prices a fixed time after each fill doesn’t really tell us if the counterparty to your trades could have realistically traded out and made a ‘fast buck’. However, by simulating trading outcomes of limit orders placed by market making / trading strategies with some kind of short term inventory / risk model, we can get an idea of how much profit a basic algorithm might make by being counterparty to your trades.

What we have found when we look at real client data, is that this LiquidMetrix Counterparty Profitability Measure (CPM), which directly tries to answer the question ‘how much is the other party profiting from trading with me’ is actually a very good ‘general toxicity indicator’. That is, if you look more closely at groups of buyside trades on a venue, algorithm or broker that has a high CPM associated with them, then you usually find within those trades some of the specific ‘gaming’ problems identified in the previous section.

One way of defining toxicity is seeing whether your (toxic) counterparty can consistently make short-term riskless profits for themselves at your expense when you trade. This is not always a bad thing, you expect to pay something for liquidity. However, some of the types of gaming relating to high frequency price movements or reference price arbitrages highlighted in the media are more than simply a liquidity provider being compensated for providing liquidity. So having a way of identifying, quantifying and hopefully then avoiding or mitigating the risks of trading with such ‘toxic’ counterparties is going to be key to answering the question “How much money (if any) does your fund lose to HFT / toxic counterparties”.

LiquidMetrix analyses consolidated performance figures for equities and ETFs traded in Europe i ...

ISS LiquidMetrix, a division of Institutional Shareholder Services, a provider of transaction c ...