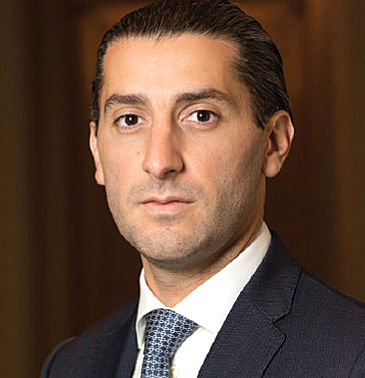 Over the last 50 years we have seen a general opening up and liberalisation of markets which has stimulated global trade. As President Donald Trump continues to move the United States to a domestic-focused agenda we are faced with the possible introduction of protectionism, which will impact global growth.

For many the approach being adopted by Mr Trump is not unexpected. The US trade deficit, the decline in the American manufacturing sector and the views of the people who voted for the President are all linked into this new policy. The issue for many observers is that while China is undergoing a period of change, re-engineering its economy based on new industries and new markets, the US seems to be taking the opposite approach, heading back to a business model of yesteryear.

At ADS Securities, we enjoy the solid and stable environment of Abu Dhabi, with the UAE offering a calm and secure base to do business from. However, we do have offices in London, Hong Kong and Singapore which could be exposed to the development of a trade war between the US and China. So what will be the outcome and how should trading firms react to these developments?

The historical political agenda included the creation of the European Common Market which facilitated global cross-border trade, looking to expand and integrate business. Today the political direction, almost as a reaction to the past, appears to be based on fear and isolation, driven by populism.

The potential trade war may be the current example, but we only have to look at Brexit in the UK, the separatist movement in Spain or the ongoing developments in central Europe to understand how these new political uncertainties are affecting markets. This in addition to the imposing of new politically motivated regulations and the rigid enforcement of existing regulation in a number of important financial centres.

The problem for the main financial markets in the US, Europe and Asia is that they are having to allocate a large proportion of their resources to deal with these issues rather than planning for the future. This puts these centres at risk, because it is the development of regulation and technology over the next few years which will dictate the financial structures and flows of the future. Change can be measured in days and they need to be able to cope with this rate of progress.

It is very important to understand that the actors of this change are not the traditional players. We are seeing the very first steps in the introduction of new technologies, the opening up of new markets and the creation of new systems which are being driven by the general public and not by governments. This is significant, and if banks, regulators and markets are managing political expectations, this financial renaissance has the potential to develop unchecked and uncontrolled. This type of financial/technological change will only benefit the most adaptable and reactive centres. The power will move to smaller countries or city states away from the main markets

One of these technologies is Blockchain, which will continue to be introduced and eventually will be an integral part of the global financial markets. It is technology which is linked to a new type of investment, a social democratisation of funding, which has no links with the old systems and approaches. Crowd funded, Initial Coin Offerings (ICOs) are providing the backing to develop the systems which may dictate all our futures. The ICOs, are being bought or backed by investors who have never owned a stock, bond or currency. The general public, not central banks, commercial banks or governments, may end up owning the technology that our future work depends on.

This creates opportunities for financial centres like Abu Dhabi to step up and provide the necessary guidance and framework to facilitate the new systems. Markets which offer a secure and stable environment and which are not directly caught-up with macro-political issues can provide the service that investors and traders are looking for. They can invest in technology, structure regulations which achieve the desired results and contribute to building a concrete future.

We have a strong belief that the move to trade wars and the threat of protectionism, the overt political regulation of some markets and the refusal to entertain the idea of change, will have a significant impact on how financial services work. New York, London, Singapore or Shanghai are not going to disappear but their influence will change as other smaller, specialist markets develop. These will be centres which have invested in technology and implemented the necessary regulation investors are looking for.

As major international powers continue to fight over the tariffs on soya beans, other smaller countries, will be preparing rules which allow early adopters to be the leaders on a super-fast highway.

Traditional liquidity which drives the financial world might remain in the largest financial centres as they are close to their markets. But when you understand that distributed ledger technology has the potential, through smart contracts, to safely and securely manage millions of transactions, currently carried out by large legacy systems operated by many thousands of people, the impact of the new technology is clear. There will be a significant cut in head-count and increased efficiency, with much greater flexibility as to where systems are located. In addition, if liquidity starts to move out of fiat currencies and into algorithmic based coins, then the role of the main global markets will face further drastic changes.

When faced with this type of threat the first reaction of most governments and regulators is to restrict, stop or ban, whereas they should guide, support and provide the legal framework to help these technologies develop. Only the regulators who look to understand and implement the benefits of the new technology will succeed.

I am afraid that as the super-powers move to protect their manufacturing and agricultural economies, secure in the knowledge they control the world’s financial systems, they may wake-up to find that instead of focusing on tariffs they should have invested their time in technology.