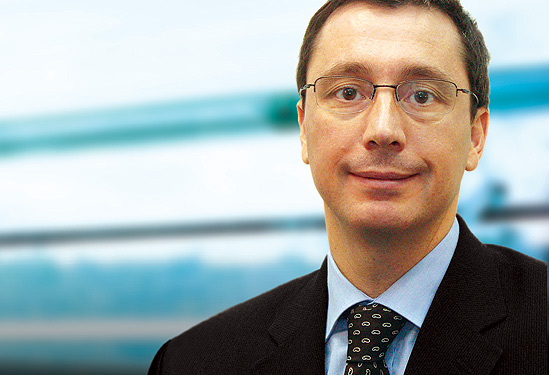 Oriol Pujol, CFA, Head of European Business Development at Winterflood Securities argues that the retail sector in continental Europe has benefited least from the achievements of MiFID and that MiFID II and MiFIR should do for competitiveness what MiFID did for competition.

Seven years into the post-MiFID era and uneven but positive progress has been made in each of its three main objectives of increasing competition, transparency, and levelling the playing field for retail investors.

As a broad coalition of industry participants are working towards reaching consensus on the scope of a second iteration of MiFID, we are witnessing how MiFID II/MIFIR is increasingly shifting towards addressing the unintended consequences of its first iteration as opposed to furthering progress towards each of the aforementioned initial objectives.

Settling for what has been achieved, as opposed to what should be achieved, would be to the detriment of the financial services industry and the still ailing European economy as a whole for the following reasons:

Firstly, whilst MiFID has succeeded in fostering competition, we must remember that the objective to achieve is not competition per se, but competitiveness. The progress made has been largely restricted to the provision of execution services, the tip of the iceberg of the value chain. The provision of post-trade and infrastructure services, the pillars on which the whole industry rests, remains largely unchallenged.

The practices of firms operating so-called “vertical silos” represent one of the largest obstacles for increased competitiveness in our capital markets. Those firms simultaneously operate execution venues and control vital post-trade infrastructure such as CCPs, CSDs, or both, and often provide access to the infrastructure they own under disadvantageous terms if the trades to process have been executed by a competing venue.

Since circa 80% of the final cost of executing a trade is related to post-trade services and infrastructure, it would be contradictory to expect any improvement in competitiveness without addressing this issue.

The new market reality is causing an increasingly large share of trading to take place on dark pools not by choice, but by force, with the drivers behind this trend being cost and lack of liquidity.

Five years of challenging market conditions have led firms to consider alternatives that they would possibly not contemplate were it not for significant cost advantages.

As for liquidity, the main issue is that the current interpretation of volume and liquidity as equivalent no longer holds. A stock that trades thousands of times a day in average clips of a few thousand Euros is a high volume stock, but not necessarily a liquid one. This is causing a large number of stocks to be perceived as more liquid than they actually are based solely on their Average Daily Turnover (ADT), which in turn is creating too stringent requirements to place non-displayed limit orders for these stocks in central order books.

Additionally, since true transparency can only be achieved by enabling all actors to make informed decisions before, during and after the investment process, fair and reasonable access to market data should also be a key objective of MiFID II/MiFIR.

Fair should be understood as “technically equal”; it should also be understood that offering multiple choices to all participants is not fair, if some of the options are designed to fit the specific requirements of a narrowly defined type of participant who will use them to the detriment of others. Seeking competitive advantage via lower latency is a legitimate strategy, but it should start outside the walls of an exchange, not within the exchange itself.

With regard to pricing, the cost of market data is becoming unsustainable for an increasingly large number of participants. The pricing policies and practices of exchanges should be reviewed; amongst those that deserve special attention are the lack of clear and easily accessible market data policies and the refusal to unbundle the cost of data.

Finally, special consideration should be given as to why retail investors, whose interests were at the heart of MiFID, have benefited the least from its achievements.

Although the issues I have discussed affect the industry as a whole, they affect retail investors more than any other type of participant, especially in continental Europe where, with the exception of Equiduct, they lack a retail-specific infrastructure such as the one that has evolved in the UK, with a healthy and very competitive RSP infrastructure that is exclusively focused on servicing retail investors.

As a consequence of this, the average retail investor in continental Europe is trapped in a vicious cycle. The combination of unreasonably priced market data and uncompetitive provision of post-trade services are perpetuating a pre-MiFID status quo, with the overwhelming majority of retail flow being systemically sent to incumbent exchanges (despite best prices being increasingly in alternative venues that, in addition, charge lower fees), and those exchanges charging ever higher market data fees and restricting access to the post-trade infrastructure that they control.

In light of the above, it should come as no surprise that the appeal of equities markets in continental Europe has failed to catch-up with that of its US and UK counterparts, both of which have vibrant SME markets – true engines of innovation and economic growth – overwhelmingly backed by retail investors.

We should therefore ask our regulators to ensure that MiFID II/MiFIR does for competitiveness what MiFID did for competition. We all stand to gain from it.