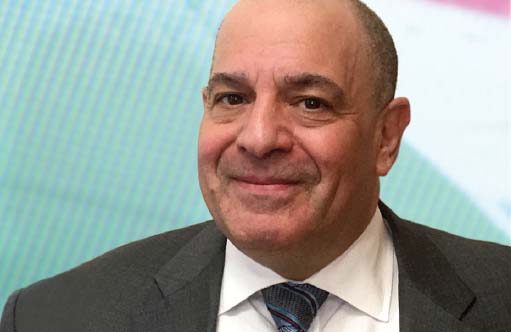 By Henry Yegerman, Global Head of Business Development at LiquidMetrix.

Over the last few years political and regulatory pressures have dramatically reduced the use of maker-taker pricing models in Europe. In the US and Canada, there has also been significant criticism of payment for flow models which may distort market behaviour. However, in North America, their popularity as a commercial model for venues has not diminished. In maker-taker pricing models, venues charge fees and pay rebates based on order type in order to drive client trade flow to their venue. In its traditional form, “Takers” of liquidity are charged a “Taker Fee”. Providers of liquidity, who supply liquidity through non-marketable limit orders are given a “Maker Rebate”. The venue profits as the taker fee exceeds the maker rebate. This original formulation of the maker-taker fee model does have the drawback that it increases the cost to brokers of executing marketable orders. In response, some venues have attempted to drive further client trade flow to themselves by turning the commercial model on its head. In this incarnation of taker-maker, those who add liquidity (i.e. makers) are charged a fee while liquidity takers receive a rebate. These venues are referred to as “inverted” as opposed to the markets that use the “traditional” maker-taker model.

Much of the criticism of the maker-taker model relates to its potential conflict with best execution. In the United States, the Order Protection Rule stipulates that a trade must be done at the venue with the best price, however, there is no specification of trade priority when multiple venues have the same price. The potential for conflict arises as brokers may be incentivised to make routing decisions based on maximising revenue through rebates rather than considering other factors that provide best execution for the client such as probability of execution or execution speed.

The focus here is not on the broader best execution issue of whether maker-taker models distort the market. Instead, we look at the narrower question of comparing traditional to inverted venues and focus on one specific aspect of execution quality, namely whether there are discernable differences in the amount of information leakage between traditional versus inverted maker-taker venues.

We use an aggregated, anonymised LiquidMetrix dataset with fill data from multiple venues. The executions are divided into two groups: (1) Lit venues using the traditional maker-taker model; and (2) Lit venues using an inverted maker-taker model. We control for stocks with different levels of liquidity by dividing the executions into three different spread groups: 0-10 bps (most liquid); 10-20 bps; and where the spread is greater than 20 bps (least liquid). We also constrain the analysis by using FIX Tag 851 to separately measure trades intending to add or replace liquidity. To measure potential adverse selection we examine the price movement in basis points of the stocks traded on both types of venues across a short-term time horizon.

Our data indicates that for both adding and removing liquidity, there is no significant difference between traditional maker-taker and inverted venues with respect to information leakage. We look at two charts, one for executions that “add” liquidity and the other for trades that “remove” liquidity and use “Absolute Price Movement (in basis points)” as our metric to measure potential adverse selection. The absolute price movement is the weighted average of the movement in the mid-price of the stock (in basis points) occurring from execution time to the next point in time being measured. For example, an absolute price movement of 1.5 bps at 500 milliseconds on the chart means that the stocks on average moved 1.5 bps (in either direction) 500 milliseconds after the execution.

When we look at executions that remove liquidity, we see a slightly different story.

In Figure 2, where we examine removing liquidity, the absolute price movement is approximately the same for both inverted and traditional maker-taker venues for larger spread stocks. For stocks trading with narrower spreads, there is no significant difference between the two types of venues.

We have attempted here to identify whether there are discernable differences in information leakage between traditional maker-taker versus inverted venues. Our results indicate no significant difference in absolute price movement for the sets of executions traded on inverted and traditional maker-taker venues. The size of the spread tends to be more closely correlated with potential information leakage. But, for the most part, both types of venues perform similarly relative to a given spread size.

It should be noted that although we controlled for spread size, there are many other factors such as the trading strategy and order types being used, which can influence the information leakage associated with different venues. Nonetheless, it should be viewed as positive news to those who route orders to inverted venues that there appears to be no additional leakage associated with their usage.