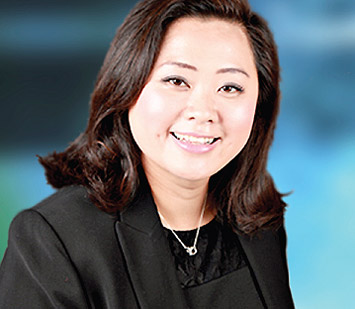 PRIME OF PRIME AND THE REGENERATION OF THE FOREX MARKET.

By Louisa Kwok head of Prime of Prime sales and product at ADS Securities.

Every three years, the Bank of International Settlements (BIS) produces a comprehensive survey, which reveals the volumes that are passing across the global foreign exchange markets. As the only such source of data – 1,200 institutions in 52 countries contribute – it’s considered something of a gold standard by the industry and given the changes we’ve seen in recent years – both in terms of regulation and also how the big players in this market want to interact with one another – it’s fair to say that the 2016 edition has been very much in focus.

This is a multi-stage report and we’ve only had the first pass of the data released so far. It’s also fair to say that many market participants were aware that the numbers would fall some considerable way short of what had been predicted following the last survey, again heightening interest in the news. Back in 2013, the daily turnover figure for April was $5.3 trillion, up from $4 trillion in April 2010 and forecasts had initially anticipated that this growth would continue to accelerate. However, this failed to take account of a series of unforeseen events, which have collectively taken a notable toll on how the market has evolved in recent years. The April 2016 figure showed an average daily turnover of just $5.1 trillion – the market had in fact shrunk.

These events included such unrelated factors as the currency rigging scandals with the accompanying hefty fines serving to reduce activity, and investors rotating out of active and into passive funds. Extended periods of low volatility in currency markets have also served to suppress volumes as the number of arbitrage trades falls as a result, but perhaps most telling is the risk aversion we’ve seen from the prime brokers who have historically offered up so much liquidity in this market. The Swiss National Bank’s (SNB) decision to remove the EUR/CHF peg in January 2015 caught currency markets wholly off-guard and the massive spikes in volatility we saw as a result left regulators demanding a more capital-conscious approach. With many of the big players being left to reassess the risks they were willing to take, this squeeze on volumes was inevitable.

So although some of the contraction in the market size may have been dictated by shifting fundamentals, such as the realisation that in the low inflation, low interest-rate world, active managers are finding it increasingly difficult to outperform their passive rivals, and to some extent the tap – the flow of actual money to trade with – had been turned off. Two years ago there would have been 12 prime brokers willing to offer out their liquidity to a whole range of institutions seeking to trade currencies. Now there are maybe six banks willing to participate in the market like this, and the criteria regarding who they are willing to do business with has jumped higher, too.

Financial markets are however, by their very nature, efficient beasts and any gap should be arbitraged away soon enough. So it’s to this extent that primarily in the wake of the SNB event of last year, there has been some genuine evolution. There’s the increasingly popular term ‘Prime of Prime’ being used by banks and well-capitalised brokerages, as they bid to plug the gap that’s been left by the prime brokers themselves.

The prime-of-prime term perhaps still requires some tighter definition – a number of market participants are using it as shorthand for extending credit lines yet still determining what pricing is shown. So you have the liquidity, but not the ability to absolutely control who your counterparties are at execution, potentially meaning that you’re not getting the pricing or the degree of leverage that may be expected – especially if historical relationships have produced preferred pricing streams. There are however a small but growing number of institutions – including ADS Securities – who are now pushing a pure Prime of Prime solution. Once the appropriate due diligence has been completed, institutions are granted access to the Prime of Prime service and are in turn given the ability to control pricing relationships at source and the ability to direct how any trades are executed. There’s a cost for doing this but it comes with the benefit of absolute transparency and control over your liquidity.

Solutions like Prime of Prime – and especially the purest iterations where institutions still retain control over the execution – will play an instrumental role in reshaping the foreign exchange market in the years ahead, although whether we ever see a return to the growth rates posted in the early part of this decade is something that remains to be seen. On top of the shifting fundamentals that have driven the contraction since 2013, there’s also a growing role for technology to play as banks develop more advanced proprietary systems. So long as there’s no adverse pricing impact, the bigger banks will increasingly find themselves in a position to internalise the currency flows, rather than farm them out into the open market and again this will stand to erode the perceived size of the market.

Perhaps if nothing else, the BIS survey provides us with a valuable reminder that even the most established financial markets live in a state of perpetual evolution. So long as we have multiple currencies then there will always be a need for forex trading, but the size and shape of this market is as dynamic as ever. And if recent history is anything to go by, then it’s fair to suggest that many of the opportunities and threats this market will have to account for over the next three years will still be lurking well below the radar. n

Louisa Kwok is head of Prime of Prime sales and product at ADS Securities London Limited. Louisa is a well-established financial markets professional who has also spent 12 years in the prime brokerage space. She has worked at high profile firms including BNP Paribas, Morgan Stanley and JP Morgan, and has significant expertise in relationship management, technical sales and legal negotiation.