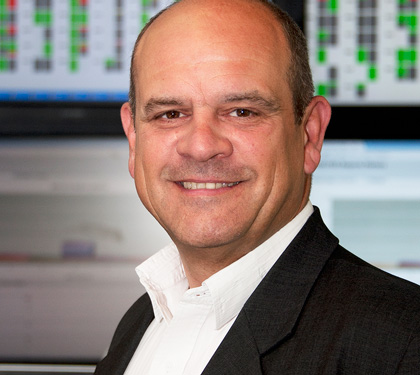 TRADING ETFs ON EXCHANGE – WHAT NEXT FOR EUROPE?

European equities market structure has undergone a transformation that has opened up barriers to cross-border equities trading. Guy Simpkin, Head of Business Development at BATS Chi-X Europe asks whether the European ETF market may be on the cusp of a similar evolution?

Since the introduction of the US SPDR® S&P500® ETF (SPY) in 1993, SPY has become the largest ETF in the world, on some days trading more than the value of the entire European stock market. But while participants are frustrated that European ETF volumes remain a pale shadow of the US, there is a common view that the European market has considerable potential for higher volumes, lower costs and reduced risks. This potential can be met if we collectively work to increase transparency and liquidity in the ETF primary and secondary markets.

If we are to increase the universe of end-investors in ETFs and grow assets under management a first critical step will be to significantly improve on-exchange liquidity. To do this we have to incentivise price formation and encourage end-investors to engage. Effective market making will tighten spreads and add depth so attracting investors and more market makers. This creates the requisite liquidity cycle.

The larger challenge is to attract investor interest when competing products are vying for the same, limited amount of available capital. Education, increased distribution and competition will gradually attract more participants to the benefits of using ETFs, but to achieve their full potential some evolutionary steps also need to be taken.

In the US, any ETF trade entered into away from an exchange has to be reported within three minutes. In Europe participants are not required under MiFID to report their off-exchange ETF trades. Until MiFID II addresses this issue (slated for 2016/17), or transparency is addressed voluntarily by market participants, the predominantly institutional use of ETFs will continue, with 70% to 80% of European ETF volume pre-negotiated and traded bilaterally, away from the central market.

To address the lack of transparency around pre-negotiated trades, we introduced a suite of trade reporting services in November 2013 with the support of six leading global banks. The service, called BXTR, allows market participants, regardless of size, to meet regulatory reporting requirements. These pan-European services provide a solution to the reporting of pre-negotiated ETF trades and the option to bring them on-exchange and into central clearing.

Issuers have historically cross-listed their ETFs on a number of exchanges to enfranchise domestic participants and regional distribution teams. However, these multiple listings add cost to the product and fragments trading and settlement. By trading the same security on a pan-European venue like BATS, investors could avoid this problem and still settle and hold the fund locally, as if traded on the national exchange.

Multiple listings across trading venues also forces market makers to split their risk capital. This fragmentation makes it difficult for customers to determine whether they’re trading at the best price available. Similarly, whilst trading the same instrument on different venues, often in different currencies (e.g. €, £, $ and CHF), can generate arbitrage driven trading activity, the resulting fragmented settlement can necessitate a re-alignment of assets across CSDs. Adding complexity and increasing settlement risk adds costs and deters firms from participating as actively as they might wish and hinders the market in performing its key price formation role.

The settlement problem could be addressed if, like a normal equity shares, each ETF was issued in and settled in a single location. This could be achieved in a national central securities depository (CSD) or an International CSD like Euroclear Bank. The latter already performs this role for other pan-European instruments such as depository receipts and Euro bonds and will be used by BlackRock iShares for a selection of forthcoming listings. The benefit of this solution is that national CSDs can act as settlement participants inside the likes of Euroclear Bank, providing their own customers and their clients with the same settlement services they would receive when operating domestically. In the US, all equity trades are settled in one CSD, the DTCC.

Appealing to investors and issuers alike

Like mutual funds, ETFs are designed to perform in line with a specified index or asset. Unlike mutual funds, ETFs can be traded during the trading day at their prevailing market price. Whilst the ETF’s pricing relationship with its underlying index and constituents enables investors to value it intra-day, its precise value is influenced by the fund’s tracking error, level of cash held in the fund and market sentiment. Many investors have historically invested only mutual funds, the market size of which dwarfs European ETF assets under management, and only ever traded at the fund’s Net Asset Value (NAV). To attract these customers, ETF issuers need to meet this need whilst still supporting the ability of market makers and end-investors to trade in size. Current demand is satisfied through the interaction of Authorised Participants (APs) and issuers in the create/redeem process. By meeting these needs through an on-exchange service, costs could be reduced significantly, while transparency would increase, opening up the market to a wider audience.

By working with market participants to address issues concerning transparency, liquidity, and risk, we believe we can build a European ETF market that is more efficient at growing volume and assets under management.

Deutsche Börse is quenching the thirst of innovators with a flow of data from...
Read more

Steve Toland: Technology and the evolution of fixed income trading

Deutsche Börse is quenching the thirst of innovators with a flow of data from...
Read more

Steve Toland: Technology and the evolution of fixed income trading