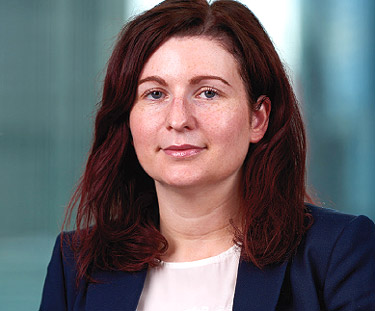 COULD CSDR BE THE STRAW THAT BREAKS THE CAMEL’S BACK?

By Camille McKelvey, Head of Match Strategy for Trax.

Amongst the plethora of acronyms denoting new regulations (MiFID II, SFTR, APA et al), CSDR is another one of the many that you will hear, and you may not realise it now, but it has the potential to arguably have the biggest impact of all. The Central Securities Depository Regulation (CSDR) was designed to improve securities settlement in Europe. Settlement has historically been one of those things that just ‘happens’ in the back office. In theory exchanging some securities for some cash on a given day seems simple, but in practice is not always as easy as one would imagine. Regulation is driving change in the way that organisations are looking at their front to back processes and an efficient mechanism for settling trades is an absolute pre-requisite. In 2018, under CSDR, all failed trades will have an associated fine, and a subsequent mandatory buy-in, in the event of ongoing failure to deliver.

The industry has already experienced the first wave of CSDR; in October 2014 the European markets moved from a T+3 to T+2 settlement cycle, and our US counterparts are set to follow the trend of moving to T+2 by Q3 2017. The impact of T+2 in Europe was felt globally, across both the buy- and sellside, as will the implementation of CSDR in 2018. Unlike other regulations whereby compliance is predicated on location, this will impact any party who is settling trades in Europe. The differentiator between CSDR in 2018 and the move to T+2, is not only the on-going cost associated with the fines and buy-ins but also the challenge to efficiently manage this operationally.

So how does this all work in practice, and who bears the cost of this next wave of CSDR? If we take just one aspect of the penalties, for any trade which is not settled on the intended settlement date (generally T+2 in Europe), there will be a fine. This won’t always be for the party who actually fails to deliver, but can also be for the last party to match the trade at the depository. This means that firms must place more importance on their middle office teams of matching trades in near real-time, within 15 minutes of execution through automated systems in order to minimise these fines.

Settlement rates, although in the 90% range, are not nearly at the level that the regulation dictates. The European Central Securities Depositories Association (ECSDA) estimated that based on current fail rates the fines will cost the industry E2.2 billion per annum (see box), and in this current climate this is an additional cost that the industry cannot afford. Although some fails are truly unavoidable, the majority of these issues can be mitigated through the implementation of robust trade date processes to confirm trades. We have seen this happen in the equity markets where many processes are automated and fail rates are extremely low, and these same changes need to take place in fixed income.

Firms should now be proactively thinking about how they can mitigate the risk that this regulation can bring whether financial or reputational. To be only reactive will put even more pressure on an already lean operations infrastructure and should be avoided. Using a real-time trade date matching platform such as Trax gives users a view of outstanding trades and can define what action is required in order to get all trades fully agreed on trade date. Operational processes need to change imminently in order to avoid serious P&L hits to the front office. Although it is true to say that the industry is managing a lot of regulatory change, the clock to 2018 is ticking, and the longer the industry keeps its manual and inefficient processes the bigger the challenge will be to overcome. n

Camille McKelvey is the Head of Match Strategy for Trax, joining in May 2014 to develop the firm’s post-trade matching product offering. Prior to this, McKelvey was Senior Vice President at Citigroup Global Markets from 2011 to 2014, where she oversaw outsourced operations and managed process re-engineering. McKelvey previously worked in cash and repo market operations at Morgan Stanley and Barclays Capital. McKelvey studied Russian & French at University College London.

While the two ICSDs hold the largest share of late settlement fines to be collected (75%), the difference is less striking than for buy-ins. Excluding the two ICSDs, the remaining CSDs would on average still each account for more than E3 million per month. Among these CSDs, figures range between very close to 0 and E15 million per month, and only 5 CSDs would have collected less than E100,000 worth of penalties.