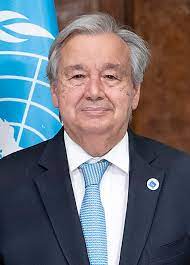 UN Secretary-General António Guterres announced the launch of a new High-Level Expert Group tasked with developing standards used to set, measure and track the net zero commitments of non-state entities ranging from businesses and investors to cities and regions.

The group is a response to the proliferation of commitments by companies to achieve “net zero” in their businesses, and net zero portfolio pledges by quite a few investors, but with little clarity on the definitions and measurement of these targets.

While several companies have recently announced their own net zero ambitions, many of the goals are either not science-aligned, or company actions are insufficient to reach those goals.

For example, a study by the Science-Based Targets initiative last September showed that of the more than 4,200 companies in the G20 that have set climate targets, only 20% are science-based.

Similarly, a report from professional services firm Accenture found that the vast majority of companies are not on track to hit their net zero climate goals.

The new Expert Group aims to make recommendations before the end of 2022 across four areas, including current standards and definitions for setting net zero targets as well as credibility criteria to assess objectives, measurement and reporting of net zero pledges.

The list also covers processes for verifying progress toward net zero commitments and decarbonisation plans, and a roadmap to communicate standards and criteria into international and national regulations.

At COP26 last November, Guterres told delegates there was “a deficit of credibility and a surplus of confusion over emissions reductions and net-zero targets, with different meanings and different metrics”.

At the launch of the Expert Group, he said, “Despite growing pledges of climate action, global emissions are at an all-time high. They continue to rise. The latest science shows that climate disruption is causing havoc in every region – right now. We are in a race against time to limit global heating to 1.5 degrees. And we are losing.”

He added, “They continue to rise. The latest science shows that climate disruption is causing havoc in every region – right now. We are in a race against time to limit global heating to 1.5 degrees. And we are losing.”

The group will be chaired by Catherine McKenna, former Canadian minister of environment and climate change.

“The recent avalanche of net-zero pledges by businesses, investors, cities and regions will be vital to keep 1.5°C alive and to build towards a safe and healthy planet, but only if all pledges have transparent plans, robust near-term action, and are implemented in full,” she said.