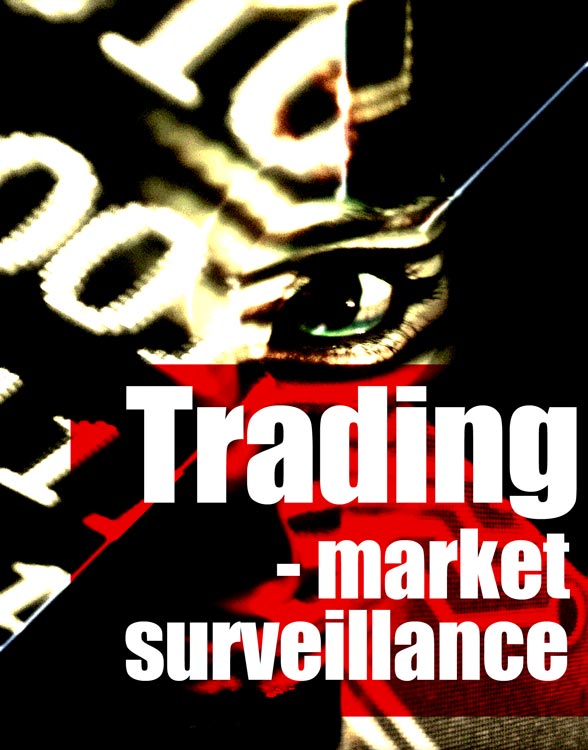 READING BETWEEN THE LINES.

Frances Faulds looks at what tools are being developed to help investment banks monitor client flow and avoid market instability.

The combination of regulatory drivers and greater operational accountability under the European Market Infrastructure Regulation (EMIR) is making front office traders adopt a more proactive approach to their surveillance obligations. Gathering and processing the information though is no easy task.

“The original thoughts of the G-20 are now becoming a global set of standards,” says Alex Foster, financial markets industry practice lead & head of insurance, BT Global Services. “They all have a commonality of collecting, searching, analysing and then interrogating data and those interactions that create the trade to meet those regulatory requirements.”

While market surveillance is the responsibility of the execution venue, there is still a responsibility for organisations to record and review their trading activities in terms of operational accountability. Michael Cooper, CTO, BT Radianz Services at BT, adds that firms are now looking at how they anticipate and respond in the event of an activity that exposes them.

He notes, “Firms need the ability to review activities and detect anomalies so they are looking at all aspects of specific market compliance and are building surveillance across all aspects of trading, in close to real-time, especially around voice and collaborative activities, in a pre-trade landscape.”

For Foster, the biggest change emanating from the recent trading scandals is the expectation of the time needed to access the information. The demands are more complicated than ever and there is a greater time pressure. She says, “Banks and brokers have to be able to supply information and data that proves that their traders are complying with all regulations, across all forms of communication, across millions of transactions, almost immediately to the regulator, usually within 48 hours after an investigation is instigated.

This need for storage and order – to be able recover, retrieve, replay and restore trades – is one of the biggest changes that has hit the industry. We have spent a lot of time working with firms to enable them to quickly analyse and store data, with the correct indexing.”

Foster believes that the storage and indexing requirements will become further complicated under MiFID II in January 2017, with clause 45 and annexes 10,11 and 26, regarding the recording of transactions and how they need to be recreated across 82 different fields.

In readiness, firms are increasing investment in tools that enable them to better record, monitor and store data for up to five years, under MiFID, which is longer than the EMIR requirement. “They need to bring all of this data together and analyse it. They need to have the ability to visualise all this disparate data and make sense of it,” adds Foster.

BT Assure Analytics is a visualisation tool that has artificial intelligence in-built. It fine-tunes the analytics that firms have in increasingly complex and fast markets, which continues to fragment as more execution venues continue to come to market. “This is making the obligations, in near to real-time more difficult. Firms need to focus on this in an increasingly forensic manner,” adds Cooper.

While electronic trading is continuing to rise, needing to capture voice broking, and where advice is given, further complicates surveillance. Foster says BT examined the requirements for the dealer board of the future, which would need to include mobile devices alongside the data storage requirements, as part of the cloud infrastructure that can include Edge devices along with all the other applications.

Technology alone cannot fix the problem, according to Foster. Alongside the increased use of surveillance tools, there is very big push for integrity and trust to come back to the market and there is an interesting intersection between technology meeting regulatory requirements, and at the same time, the expectation of morality and ethics playing a bigger role.

For Stefan Hendrickx, founder and executive director at Ancoa, the new regulatory environment is pushing for the extended use of surveillance tools both horizontally, across different asset classes, and vertically, further up the organisation.

He says that surveillance tools to date have tended to be mainly developed for the back office, and focused on cash equities and equity options. This has been extended to fixed income, commodities, FX products, and most recently, benchmarks. The front office is also getting a lot more responsibility for surveillance, to the point that the head of trading can be held personally liable for trading misconduct in the bank.

This has changed the type of surveillance products being developed as the front office wants more specific compliance and legal tools. Although banks have tried to build these in-house, they are now looking to build the business-specific logic for their own trading environment, according to Hendrickx. “The greater challenges are where instruments are very illiquid and there is not a clear reference price.”

All eyes on the trader

Automation is used as much as possible, and the surveillance tools are calibrated by feeding historical data into the system. Back testing, in order to ‘train’ the system is automated, once the firm’s parameters are defined. Hendrickx says: “There is an element of adaptivity in the system, so it evolves with the typical market volumes going up or down, where it will consider relative parameters versus historical, recent history or broader history, and minimises the need for manual intervention in order to keep the running of the surveillance function manageable.”

Regulatory requirements are that a number of scenarios have to be checked, such as insider trading, front-running, spoofing, layering, pre-arranged trades and various types of collusion with more being added to the list as the market moves towards best execution. According to Hendrickx, these are described by the different regulators, but there is an element of interpretation, and some regulators, like Germany, take more of a rules-based approach than others, which rely on a more descriptive approach, such as the UK, to give a broader catchment.

While there are specific European Securities and Markets Authority (ESMA) guidelines for regulated markets, such as the need to reconstruct a trade and have an audit trail, the alerts are less clearly defined. For example, what exactly insider trading or front-running might look like is open to interpretation so each bank has to establish the exact logic they want to cover and what parameters they want calibrated into the surveillance system, which Hendrickx says can then be done without having to change the system itself.

FX benchmarking is the newest addition to surveillance monitoring, following recent events. As with other asset classes, it is not just about having the surveillance tools in place, but also having the right procedures and people in place to submit the benchmarks in the relevant incidences.

Another challenge is the need in the future to have a single system that covers all the asset classes and not just a sub-set as multi asset class trading continues to grow. “The single surveillance system not only needs to cover the different asset classes but also the different communication channels, and not just proprietary transactions,” says Hendrickx. “Historically, there has often been segregation between the monitoring of electronic communications and the monitoring of proprietary transactions. By bringing these together, and overlaying them, new pattern types can be identified.”