Dan Barnes reports on how quantitative analysis of trading and investment is cutting through sellside obfuscation and portfolio manager bravado.

Quantitative analysis is bridging the gap between trader and fund manager by providing granular analysis of stock performance over time horizons that extend beyond that of a normal order’s lifespan. Execution cost and quality is being drawn closer into the portfolio construction process as a result. 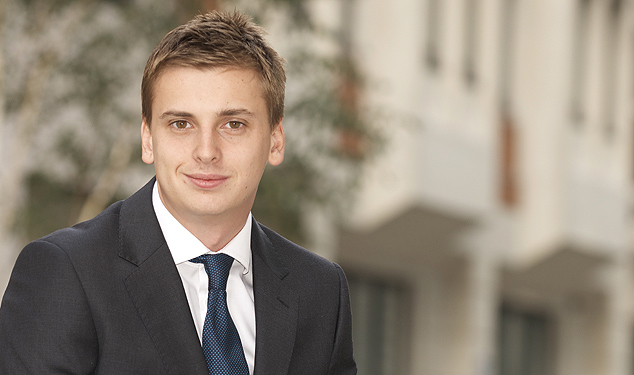 Will Coulby (above), head of quantitative transaction cost analysis at JP Morgan Asset Management (JPAM) says, “Traders are focused on the detail and on a single trade basis. We can add value by looking over a much longer period of time and across a wider trade set.”

‘Quants’ as strategy analysts and traders, are becoming heavily engaged in the buyside investment and dealing process with the expectation that they will deliver better performance and more efficient execution. Although quantitative investment is not new, it is now being used to develop innovative ways of investing and with the right technology this can incorporate more data from the execution process.

David Blitz (below), head of quantitative equities research at Robeco Asset Management says, “Increasingly asset owners recognise that well known factors, such as value and momentum, can be used to benefit an investment strategy. Smart Beta, or ‘factor investing’ uses [quantitative modelling] to weight a portfolio of stocks based upon factors other than their market capitalisation. That raises the bar for traditional asset managers as their alpha can often be explained as a result of smart beta.” 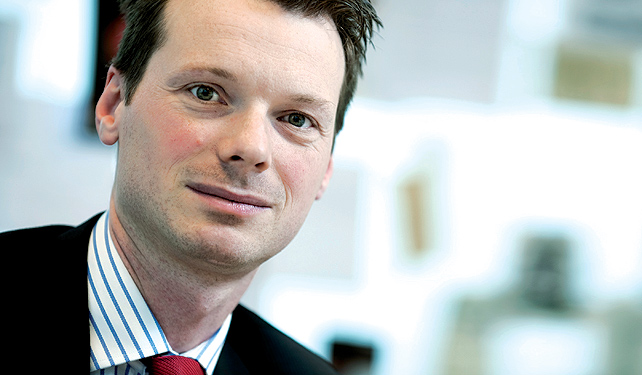 Quantitative analysis is also being brought to the trading desk to assist with analysis of market structure and execution. Several large asset managers, such as emerging market specialist Franklin Templeton, JP Morgan Asset Management and Alliance Bernstein, have employed quants on their trading desks to deliver greater efficiency.

In its report ‘US Institutional Equity Trading 2014’, analyst firm TABB Group found that buyside electronic trading now compromises 41% of order flow, an additional 5% on 2013, with programme trading desks and sales traders seeing a corresponding decline in flow. The rise in electronic activity is being supported by increased quantitative analysis of execution, providing the eyes and ears for algorithms that in some cases are making decisions without intervention from human traders.

London-based Piquant Technologies has a fully automated, artificial intelligence-based, investment and trading system, simply dubbed ‘The Engine’, which is capable of learning based upon quantitative analysis of data. 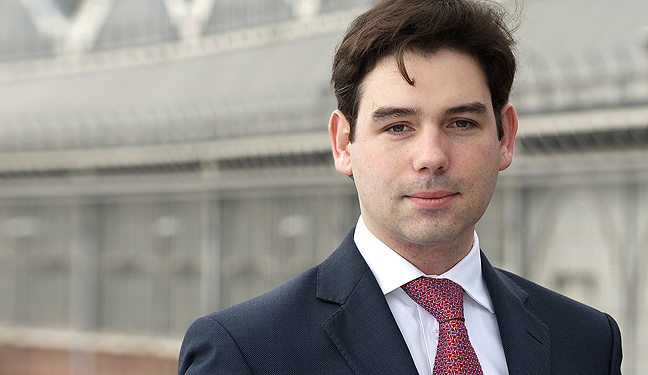 Portfolio theory drives firms to maximise returns subject to constraining risk but James Holloway (above), CIO at Piquant Technologies, says the firm’s platform must account for trading costs, risk targets, diversification requirements, even self-regulating when it puts too much faith in a particular instrument. It also works across a range of timeframes, anywhere between three days and nine months. As a consequence it might end up working across 600 different dimensions, with each one increasing the complexity of the challenge. Imagination is the limit.

“How often do you have ideas?” he asks. “Well, having cheaper [computer] memory and faster processing has revealed an amazing psychological thing; the easier it is to conduct some research, the more likely you are to delve into it. It takes us a minute now to research something that, twenty years ago, might have taken a whole day. So there is a far greater capacity to explore ideas and conduct research based upon them, which often feeds back by providing us with even more new ideas.”

Building the system from the ground up took between 18-24 months and then required the firm to extract information from the market and subsequently work out what to do with it.

“We have various algorithms that look for certain features of time series behaviour,” Holloway says. “Trend-following would be one sort of feature, and there are many others. We have to ask how good these features are at predicting the markets and then based on cost of trading, correlations across markets, and many other things that one can measure quantitatively, we ask ‘how do we now construct a portfolio’? It all has to be based on scientific policy.”

Sophisticated long-only firms are also able to take a broader view of trading and investment to find bottlenecks and kinks that impact alpha generation.

Coulby says, “We find that delays upstream can lose more alpha than the subtleties on the trading desk. We try to focus on the wider implementation process not just the minutia of trading. There is often more value to be gained from looking at the business processes around implementation than around trying to micro-optimise our participation rates.”

Profiling work, conducted on fund managers to look at alpha capture from both a trader and fund manager perspective, can yield important information on the interaction between them.

“For example, during an alpha profiling exercise, we found that certain fund managers who raised orders before 9am were extremely profitable while if they raised orders between 9am and 11am they weren’t tapping the full amount of alpha. They were trading around news and trading later in the day often meant the event had passed. So we really sit between the investment teams and the trading desk.”

“You can’t do this in Excel; the way we handle the data is closer to the way portfolio managers back-test data,” Coulby says.

As firms experiment with greater levels of smart beta or quantitative investment, the ability to bring transaction cost analysis (TCA) to bear is crucial to avoid market impact.

“Big asset managers consider this to be a major drawback of these indices because they have limited capacity as a result,” say Blitz. “If you invest 10bn in a minimum volatility index then at the rebalancing moment, which comes twice a year for an MSCI index, you might have to replace 1% of a stock. That creates a 100m trade which is a huge amount of an average stock’s market liquidity.”

External barriers to best execution can also be more easily identified by using home grown quantitative analysis. Allegations emerged that brokers might actively undermine long-only clients in the Michael Lewis book ‘Flash Boys’ released on 31 March 2014 and were reignited when a case was launched by US authorities into the Barclays Capital dark pool on 25 June 2014. According to the case documents, the presence of a large high-frequency trading firm capable of preying on the block orders of investment managers was erased from marketing material.

That would have deliberately exposed them to the risk of additional costs while claiming they were protected. Since the case was brought volumes in the pool have dropped by around 60% but many senior buyside traders say they were neither surprised nor concerned by the news. Many reported that quantitative analysis of execution has removed their reliance on the brokers to provide guidance on best execution.

Emma Quinn, head of trading for Asia Pacific at asset manager Alliance Bernstein says, “I work with our quant traders to look at our TCA. We get the same set of data for our algo performance as our broker and perform own analysis. We then look to see if it aligns – where it doesn’t, typically it will be because of how people trade certain events, outliers and things like that.”

Coulby notes that all of JP Morgan Asset Management’s brokers provide TCA services, but they typically provide more value around execution consulting, such as selecting the benchmark for a given instrument, and less from their packaged services.

Holloway says that the advanced system used by Piquant can even identify changing market conditions in order to better to manage investment and trading. “On a more critical day-to-day basis it manages risk very well; for example our simulated margin to equity in 2008 fell to 5% when we usually operate at around 10-20%, because the system got in before the exchanges decided to raise margin requirements,” he says. “It spotted something was going very wrong before the exchanges started acting.”