Where is Big Brother? 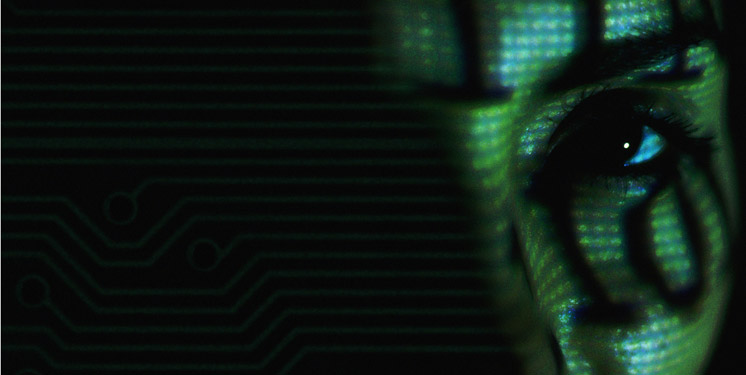 Price-fixing cartels, front-running clients and losing billions of dollars through ‘hedging’ – if this is just what big firms get up to, it is no wonder regulators are keen to get a better view of trading activity. The problem though is that market structure can blur the picture.

The reason is that financial markets are good places to hide things. Witness the historical nature of prosecutions, such as the ongoing London Interbank Offered Rate (LIBOR) and alleged foreign exchange market rigging. Bloomberg data, for example, has shown that across 14 currency pairs, a sudden surge in the value of one currency against another, followed by a rapid fall back, took place 31% of the time – or almost 50% for more commonly traded pairs – on the last Friday of every trading month between June 2011 and June 2013. There is no exchange on which spot FX trades take place that could have noticed the pattern, and regulators have no mandate to trawl FX market data to look for such things.

Having a lot of data is of no value if it cannot be easily examined. Even in markets as closely watched and regulated as cash equities, a lack of consolidated and standardised data can be a real challenge. Gregg Dalley, head of trading EMEA at asset manager Schroders, says, “The main issue we still have is the lack of a consolidated tape, to figure out firstly how much is trading and then who is trading it; broker advertised volume is often incorrect and double counted. We hope the new BATS Chi-X resolution endorsed by the Investment Management Association (IMA) will help with this.”

The commercial solution being offered for cash equities by BATS Chi-X is a suite of on- and off-exchange trade-reporting services called BXTR. It was launched in October 2013 following the collapse of an earlier commercial offering, COBA, in March 2013. One of the reasons it gave for its demise was that “regulators and policy makers are unable to endorse any commercial initiative and due to increased political pressure to revert to a single tape provider solution, there is significant execution risk for any commercial solution.”

At the same time exchanges were concerned with the risks around expanding the scope to include pre-trade data, while data vendors questioned user demand for a post-trade only scope.

Who is in charge?

The situation that COBA observed highlights a key challenge that undermines effective market surveillance. Individual parties, whether traders, regulators or infrastructure providers, only see the part of the picture that they are responsible for. That makes any market abuse by investors using multiple brokers, across different venues, and even using a combination of asset classes, hard to trace. 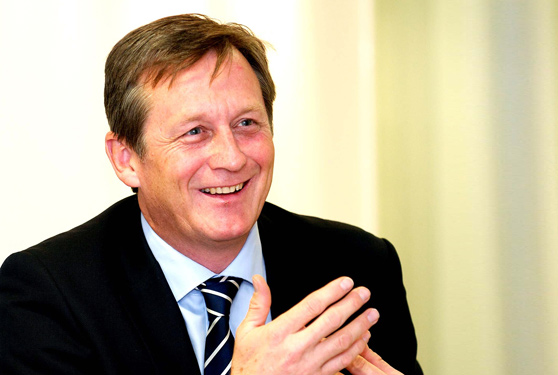 It is not overly challenging for a single counterparty to keep track of trading activity across asset classes, says Martin Porter, business development director at compliance technology provider b-next Engineering. “All you have to do, based on good market data, is provide a surveillance system with links to the underlying instrument and then the rules can be applied to both cash and derivative product,” he says. “Firms have implemented surveillance on their major markets and then implemented sample testing on other less active markets, which in my book would not be considered systematic surveillance. We think that you have to be integrated with global quality market data.”

However taking a wider view requires an aggregation of data from multiple counterparties and may go beyond the mandated responsibility of a competent national authority or an exchange. There is no clear model to fund such a venture. The commercial imperative for a cross-market or asset surveillance platform does not yet exist. As a compromise, under-resourced regulators are pushing responsibility out to market operators and participants, both brokers and investment managers so that together the different pieces of the market can try to detect, if not avoid, abuse and disruptive error. 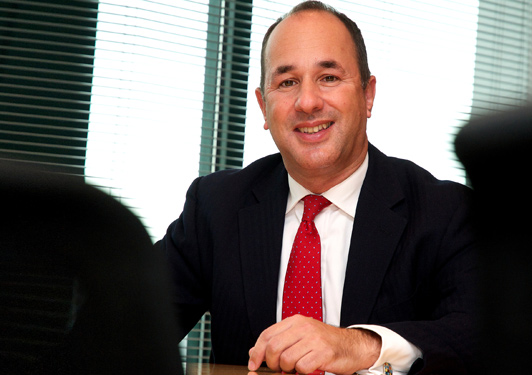 Adam Conn, head of dealing at Barings Asset Management, believes it is right for traders to take responsibility where they can. “Hong Kong’s Securities and Futures Commission (SFC) put rules into place at the end of December that put the onus on buyside firms to understand the trading systems they use. Baring’s approach has been very conservative; before we use any trading algorithms the dealers must have taken training and then sat and passed a competency test on that broker’s algorithms.”

Barings also has its own order volume limits and supports periodic training for staff so that they have a sound comprehension of what an algorithm does and how a smart order router operates. Dalley concurs on the importance that such training plays in preventing market disruption. “The use of algorithms can create issues. Most intraday volatility spikes are more likely to be caused by poor algo selection, not by high frequency traders, although HFT firms will identify these orders and take advantage of them, which I think is fair.”

Although the rules have been imposed in Hong Kong, with similar less onerous requirements in India, Barings plans to go beyond the regulatory requirements and use the model to provide best practice for other markets. “The documentation and controls that we have applied in Hong Kong we will look to bring into London. It is not so much about what the rules say, but more about doing the right thing,” says Conn.

Brokers are able to observe the trading patterns of clients and yet they have been proven fallible through their own exposure to scandals across interest rates and foreign exchange. It is worth observing that the risks of price movement when trading FX at 4pm GMT were signposted prior to Bloomberg’s analysis of the data, in Morgan Stanley’s 2010 analyst note series ‘A guide to FX Transaction Cost Analysis’. However they were not telegraphed to non-clients or to regulators. 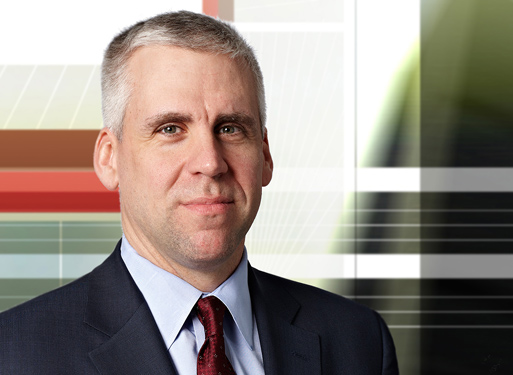 Many brokers appear to be compromised observers when it comes to spotting triggers for disorderly markets, and this is at least partly a consequence of their legacy surveillance technology arrangements, according to Chris de Brusk, managing director of consultancy Rule Financial. “Years ago they put in the engines that would realistically understand the trading activity of the business and identify events that needed to be dealt with. They turned them on, they got more alerts that they had staff to deal with, and they retuned the systems so they had a manageable number of alerts. Now that is not acceptable and the regulators are asking ‘Why do you have thresholds at all? Why is there not a binary condition of either ‘good’ or ‘investigate’?”

Nevertheless, says De Brusk, in the face of significant regulatory repercussions – JPMorgan was fined over $1 bn by various regulators for amassing the position that lost it US$6.2 bn – sellside firms are adopting new technologies that should substantially improve their ability to detect abusive behaviours beyond simple trading activity.

“One of the toolsets that is being rolled out across the big groups is network analysis,” he says. “Traditionally this was only used by some of the most forward-thinking institutions on email and communications surveillance, but now they are starting to look at different types of activity, such as triggering an alert if a trader is consistently going to a floor that he has no business being on, such as an operations floor. Over the next 24 months that is what brokers will be moving to.”

Regulators are also imposing specific requirements upon brokers to ensure that the context around a trade can be reconstructed where necessary. In the US, the National Futures Association (NFA) Compliance Rule 2-10(a) and Commodity and Futures Trading Commission (CFTC) Regulation 1.35(a) in combination require firms to capture and record a huge amount of information. 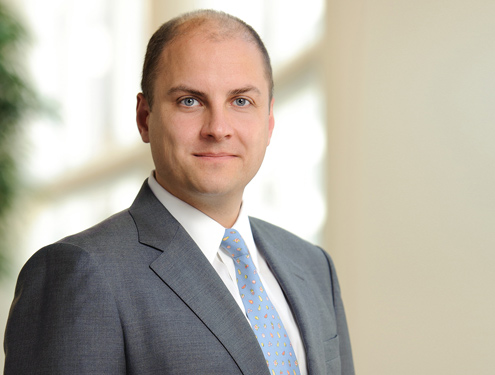 “The CFTC have taken a very activist stance on how to reconstruct trades,” says Harald Collet, global business manager for Bloomberg Vault, Bloomberg’s data capture and compliance platform. “Consistently we hear that clients have concerns around being able to reconstruct a trade. That includes voice communication, the ability to tag by counterparty, correlated to a universal swap identifier (USI). These are very challenging requirements for firms that have had communications compliance completely separate from trading.”

Regulators themselves are also improving their ability to capture and analyse data, as they seek to expand their capabilities to analyse historical trading patterns. “We are seeing a shift in what regulators want,” says Lorne Chambers, global head of sales for the SMARTS Integrity market surveillance platform, at NASDAQ OMX. “They are moving towards more ad-hoc analytics, whereas the traditional surveillance model has been around what is happening in an order book at an instance in time. The longer-term trend analysis lends itself to business intelligence platforms, faster in-memory databases, and data aggregation.”

The European energy market has seen the imposition of a data aggregator with the Agency for the Co-operation of Energy Regulators (ACER), pooling data across markets and alerting national authorities if cross-market abuse is suspected. If it proves successful, the model may be replicated in the financial markets, although, at present the threat of fines and emphasis on responsible trading seem to be the most successful tools for gaining a cross-market perspective.