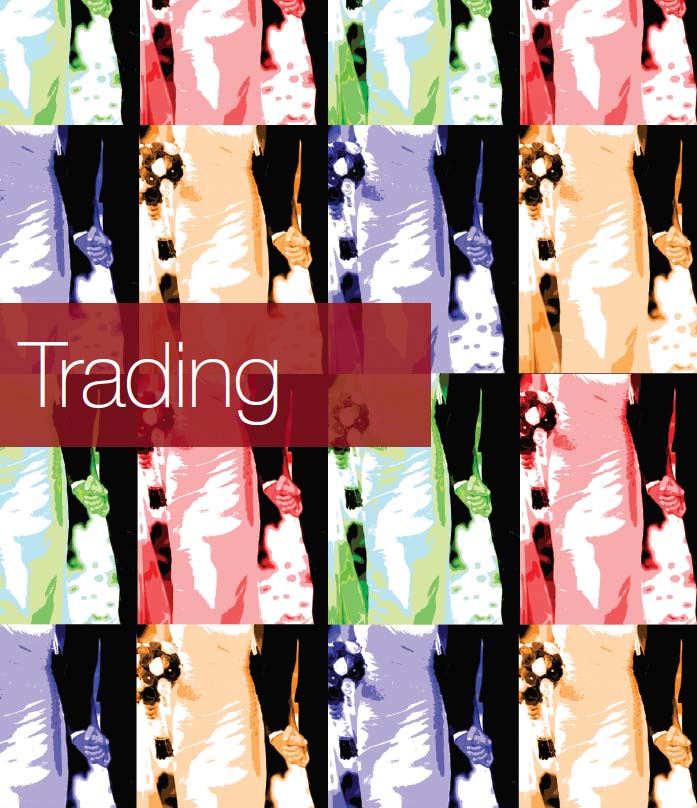 Lynn Strongin Dodds looks at whether Deutsche Börse and the LSE will walk down the aisle this time around.

This is the third attempt of the two exchanges trying to form a partnership. The first was scuppered by a hostile takeover approach from Sweden’s OM Gruppen, in 2000 while four years later, the German exchange returned with a £1.35bn offer which was rejected by the LSE because it undervalued the company. This time though Europe needs a national champion to sit at the world exchange table which includes the $30.8bn InterContinental Exchange Group, $32.2bn CME Group and $28.7bn Hong Kong Exchanges and Clearing.

“One of the problems is that the LSE and Deutsche Börse are caught in the middle with Nasdaq behind them,” says Richard Daniels, senior analyst of TABB Group. “Separately they would never be able to reach the scale needed to compete with the larger global players.” 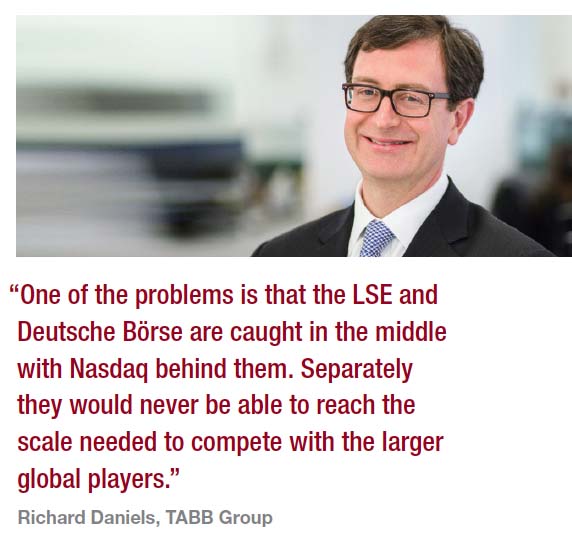 If successful, the combined group would boast a market cap of roughly $28.5bn and while it is being touted as a “merger of equals,” the deal would see the German bourse shareholders receive around 54.4% of the new holding company, with LSEG investors holding 45.6%. Carsten Kengeter, chief executive of Deutsche Börse, will become head of the merged business, while Xavier Rolet, the LSE’s French-born chief, will step down, though he will remain with the company for a year after the deal closes as a consultant to the board. Donald Brydon, chairman of the LSE, will be chairman of the new business.

The hope is that their respective shareholders will give their collective blessing in early July after the UK’s referendum on its EU membership, and that the merger can be completed in the first quarter of 2017. While skeptics fear that differences in languages, computer systems and trading platforms could see shareholders’ cost savings evaporate, others think synergies could be leveraged. However, shareholder approval is only the first hurdle – they need agreement from no fewer than 20 authorities – some as far flung as the US, Russia and Singapore where the exchanges have operations.

There is no guarantee that that they will give their approval because of the combined company’s dominance in derivatives clearing, cash equities trading and listings. Four years ago, regulators stymied Deutsche Börse’s attempt to merge with NYSE Euronext because it would have created a near-monopoly on exchange-traded derivatives in Europe. There is already dissension by the French Finance Minister Michel Sapin and central bank Governor François Villeroy de Galhau arguing that the merger would create excessive concentration and an exchange that was too big to fail especially on the clearing front.

Competition authorities in general have taken a tougher stance, according to John Colley, a professor at Warwick Business School. “They remain to be convinced of this argument,” he says. “We are also seeing a trend in other industries such as chemicals and telecom where they are not approving deals and even when they do such as in AB InBev’s £71bn acquisition of SABMiller, it was contingent on AB InBev selling SABMiller’s entire beer business in Europe. There is a real risk that the LSE and Deutsche Börse will not go through.”

Spencer Mindlin, an analyst with consultancy Aite Group, adds, “Nationalism and exchange membership tend to want to keep their exchanges in their home markets for their own reasons. The flip side to this is that the general mood of the regulators globally seems to have shifted away from trying to stimulate competition towards market consolidation as reduced fragmentation makes it easier to surveil the markets. Exchanges like consolidation since they basically run a scale business.”

The axe would fall in London

There will also be political wranglings over job losses which are often an inevitable fact of mergers. In this case, 1250 people will lose their jobs from the E450m cost savings initiative proposed in their joint prospectus issued on 1 June. Although a LSE spokesperson said that this would be spread between the different locations, there are fears that London would feel the brunt due to stricter German employment legislation. In fact, Colley believes that the 1250 would mainly be in the UK’s capital, “and could be the first tranche because there will need to be greater savings and this will lead to substantial job losses.”

Deutsche Börse’s so-called works council is already up in arms about the proposed layoffs as well as the intention of having London as the headquarters. In a letter to the exchange, it not only demanded that Frankfurt be the base for at least 20 years, but also certain employee guarantees related to dismissal, retirement and severance. Deutsche Börse has over 5,200 staff globally while its London counterpart employs over 3,500 people in the UK, North America Italy, France and Sri Lanka.

The benefits of the deal have also been called into question. The prospectus points to revenue synergies of at least E250m annually in year five after completion and the efficiencies of having the FTSE, Russell and Stoxx indices sitting under one roof. “If you look at the cost savings I am not sure transaction costs will go down significantly but there will be savings for the larger banks in terms of connectivity and the rationalisation of protocols and infrastructure,” says Daniels. “However, the scale of that is difficult to predict and it might not be as impactful as some think.”

Herbie Skeete, managing director of Mondo Visione, also does not expect many advantages over the short term. “For example, I do not see market data fees, which are a big chunk of exchange revenues, to fall,” he says. “It will be interesting to see what happens with the FTSE, which is now a well-known global brand and whether they will keep it separate or merge it with Stoxx.”

As to clearing which many see as the linchpin of the deal, lines are also being drawn in the sand. On one side, there are the advantages of cross margining or netting opportunities but on the other there is criticism that the market would be too concentrated with LCH.Clearnet and Eurex handling a combined E150bn of client’s money.

“There is a misconception that combining the two clearinghouses would create an entity that would be too big to fail,” says Steve Grob, who is responsible for Fidessa’s strategic development. “They are already too big to fail. The issue is what is the best way to achieve the combination technically and to meet the internal politics? Clearing is what the deal hinges on and it is something everyone in the industry needs because of the higher capital requirements.”

Daniels also believes that they should integrate the two CCPs and not keep them separate as intended. “At the moment they plan to rationalise them but if you remove the political sensitivities it would make sense to have a single clearinghouse in order to gain the efficiencies. How you get there though is another issue.”

If the deal is successful, the general consensus is that this will put an end to the mega exchange deal because further consolidation at the top end would surely not get the competition legislators’ nod. However, those in the mid and smaller end such as Nasdaq, Euronext and Bolsa de Madrid would feel the heat to either expand or focus on a niche area.

“I think it will happen but it will be a question of timing and smaller exchanges will have to reach a certain size before they become attractive,” says Mindlin. “In the meantime, M&A can be a distraction as they try and grow their market share, foster liquidity and look to increase their listings.”

Skeete also notes that the purchases may be different than in the past. “The landscape is changing because exchanges have moved away from the cash equities, fixed income and derivatives model and have become much broader,” he says. “We will see more deals outside these traditional businesses such as the ICE acquisition of Interactive Data last year.”