Companies that had the technology in place to cope with the major shift in both working patterns and global markets were best placed to deal with the Covid-19 crisis. Gill Wadsworth looks how important automation was to trading desks.

There was no room for the Luddites during the Covid-19 which has caused personal, social and economic chaos for almost two years.

Technology, already a necessity rather than nice to have for many, became completely critical if you wanted to have any contact with the outside world.

As the pandemic shows some sign of being brought under control, at least for some countries, businesses are assessing the fallout. And not all of it is bad, especially for those that had already adopted automated processes.

A survey from McKinsey found that organisations that experimented with new digital technologies during the crisis – and among those that invested more capital expenditures in digital technology than their peers did – executives were twice as likely to report outsize revenue growth.

Mass migration
The mass migration from office to home working clearly played to those businesses that already had technology in place to manage remote operations.

Consultant EY reports that financial institutions have met challenges related to surges in remote work ‘with varying degrees of success that are tied to the elastaicity of their system architecture’.

It notes: “Those that performed best have developed the ability to shift, activate, scale or descale capacity based on the current conditions.”

Alongside the pressures of moving staff out of the office, traders also had to deal with severe market volatility during the pandemic. 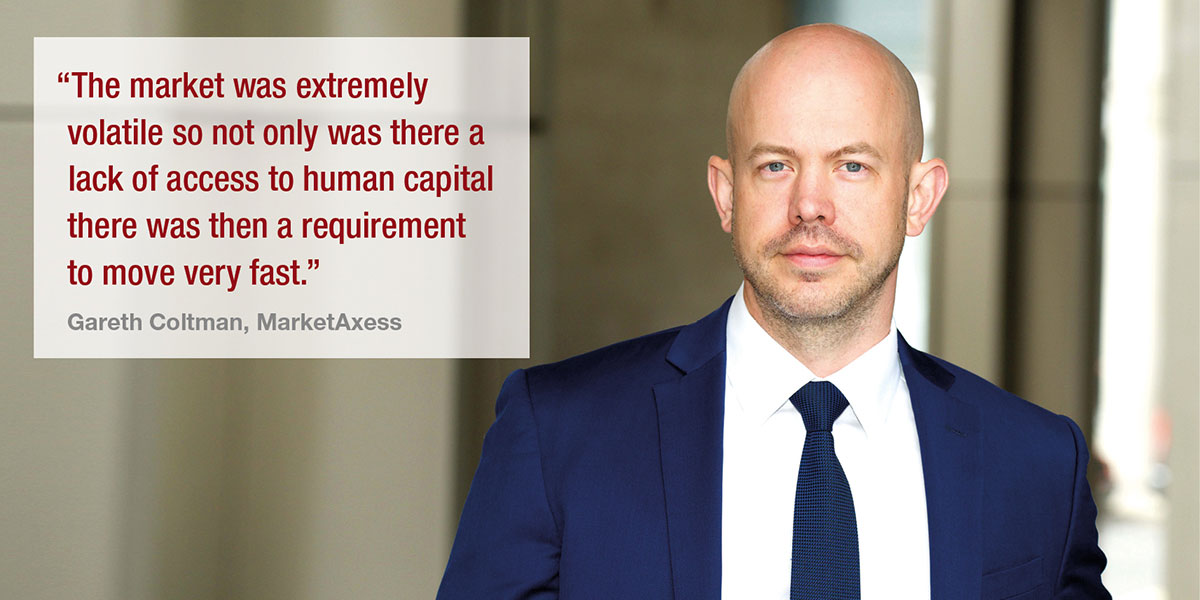 “The market was extremely volatile so not only was there a lack of access to human capital there was then a requirement to move very fast,” says Gareth Coltman, global head of automation at MarketAxess.

Fortunately for many on the buy- and sellside, that push to automation was evident pre-pandemic. 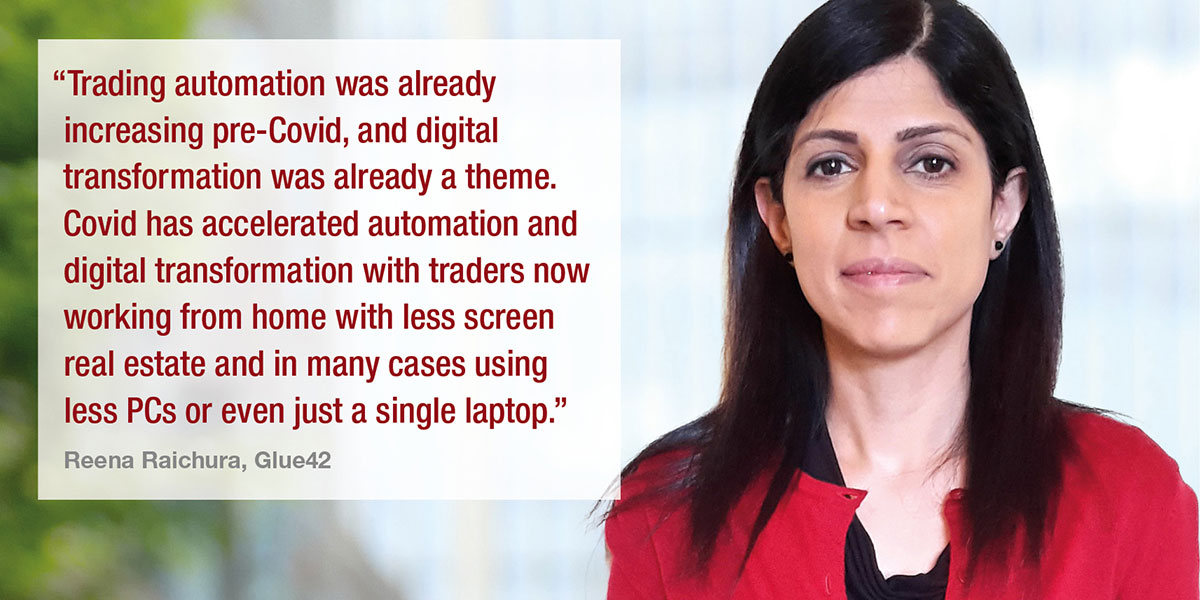 She adds, “Covid has accelerated automation and digital transformation with traders now working from home with less screen real estate and in many cases using less PCs or even just a single laptop.”

Mike Horan at Pershing notes the impact of Covid-19 on his business was limited with most traders still able to access the systems they used when in the office. 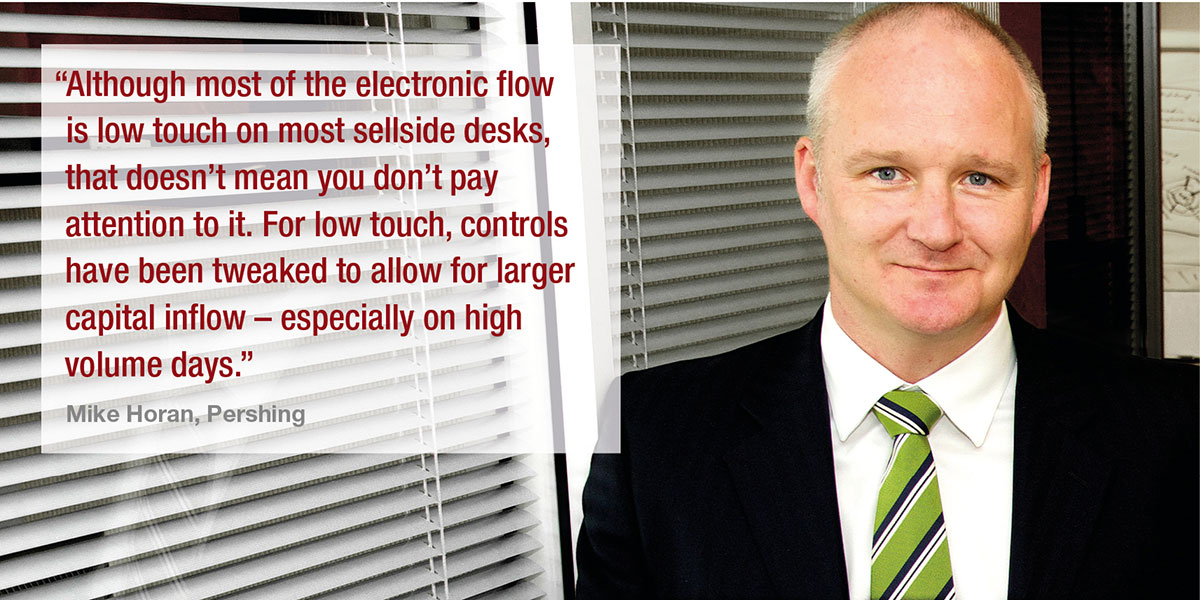 “All communications with clients have remained uninterrupted, as we are using the same telephony systems, and technologies,” he adds. “Orders are still received electronically inbound, and outbound routes remain the same as they were pre-Covid.”

Playing catch up
Yet the playing field was far from level across the industry, with those trading fixed income in for a tougher time than those in equities since the former is lagging on the automation journey.

However, Raichura says bond traders have capitalised since used the recent Covid-induced tech acceleration to catch up.

Reena says: “Certain asset classes such as fixed Income were far behind equities in terms of electronification and automation and fixed income has certainly seen a shift in digitalisation. This has a led to a review of processes, workflows and applications and the question around how we can enable traders to work smarter rather than harder in volatile markets and keeping client servicing and satisfaction levels high.” 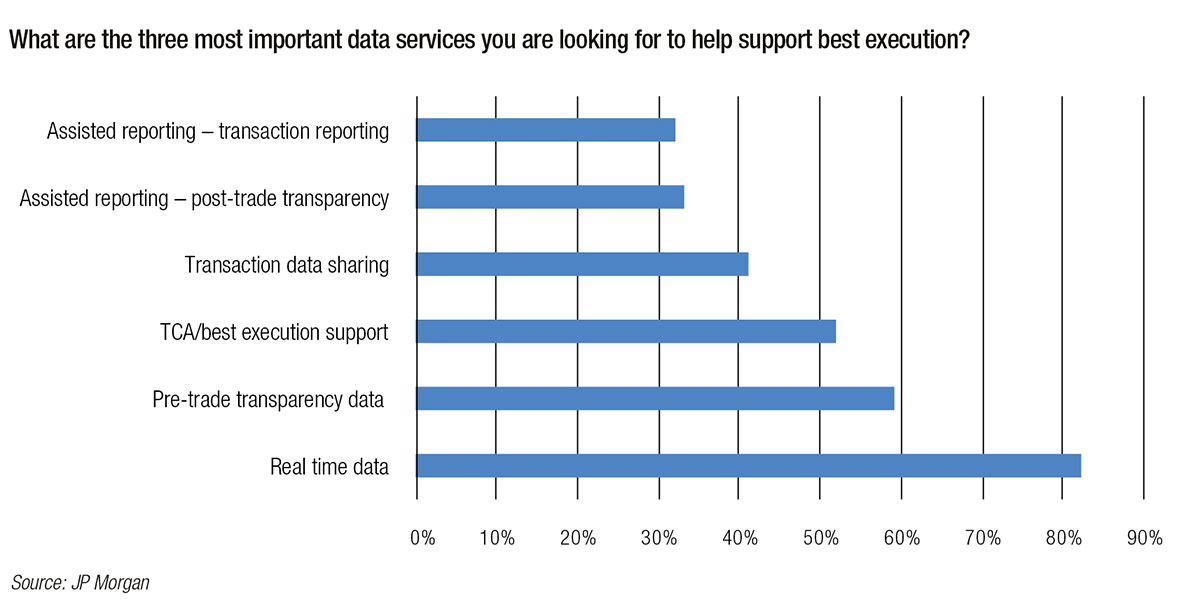 A 2020 survey by JP Morgan reveals a range of automation challenges for traders (see chart one), with the need for real time data proving the biggest.

In response, software providers have brought more fixed income automation to market with an emphasis on artificial intelligence (AI).

In September, Overbond released an ‘AI-driven margin optimisation add-on’ which it says will increase the profitability of automated fixed income trading. “It is difficult for sell-side fixed income desks to be profitable in this environment, so trade automation has become the industry standard. Traders are realising that they can gain a competitive edge by augmenting their trading with AI,” says Vuk Magdelinic, Overbond CEO. 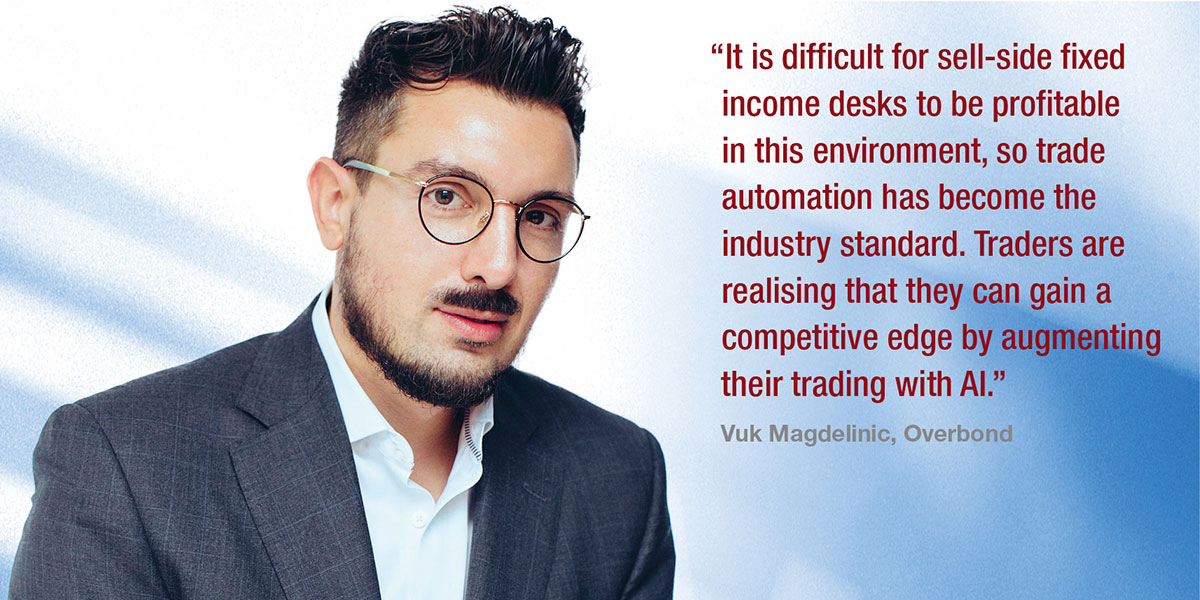 Magdelinic says buy-side clients are looking to the sell-side to help them automate a meaningful percentage of their trading and sell-side traders are aiming to make a significant portion of their own trades no-touch or low-touch.

Pershing’s Horan agrees adding, “[Post-Covid] for trading, both high and low touch order flows have been enhanced to create efficiencies. Although most of the electronic flow is low touch on most sellside desks, that doesn’t mean you don’t pay attention to it. For low touch, controls have been tweaked to allow for larger capital inflow – especially on high volume days, as clients have traded outside of their usual profiles.”

However, it is not just a global pandemic behind the push to automation. Reporting regulations across the globe have proven a major catalyst in trading desks digitising their systems. As was the case post 2008 when the global financial crisis forced shareholding reporting obligations, Covid-19 is driving regulators to implement stricter trading regulations.

Andrew Ralich, founder and CEO of tech company oneZero, says “We have seen sweeping regulations in the broker dealer space in Europe, Australia, Southeast Asia and Singapore which has played to the benefits of automation. Regulation drives clients to ask us evolve our systems and asking how we are adapting our code of conduct.”

Increasing demand
While the pandemic may be easing, there will still be plenty for software and data providers to do as some kind of normality returns.

Coltman notes MarketAxess is anticipating an uptick in demand for automation as CFOs start to ease the purse strings tightened during the pandemic.

“In the first half of last year a lot of firms put breaks on major new initiatives and tech projects,” he adds. “Some firms who were about to engage in a project to implement automation on their trading desk then put that on hold that, but during the last quarter of 2020 and during this year that growth is right back up again.”

Coltman says that the third quarter has delivered ‘a massive acceleration’ in automation which shows no sign of slowing.

It has been hard to find any positives from the Covid-19 crisis but an acceleration in efficient, automated trading processes is one. Traders are now better placed to access liquidity, provide real time reporting and, importantly, do so from anywhere.