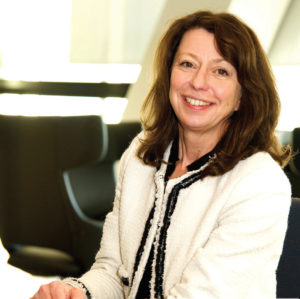 Stock markets have experienced one of the most volatile periods of their collective history during the first quarter of 2020. The FTSE 100 plunged by 25% in the three months to the end of March, the biggest quarterly contraction in London-listed share values since the aftermath of Black Monday in October 1987. Meanwhile, the pan-European Stoxx 600 plunged by 23% and in the US, the Dow Jones industrial Average skidded more than 20% from its previous peak – the definition of a bear market – in little more than 20 days, outstripping the speed of the slide during the 1929 Wall Street crash.

Although markets have bounced back, the roller coaster ride is not over and liquidity will continue to be a hot topic and fluctuate in line with the fortunes of equity markets. The latest liquidity report from Liquidnet shows that in the first week of April, liquidity, as represented by the number of shares at the top of the book, was still lower than pre Covid-19 (proxied by a January average). However, the picture was much brighter in the European Union and the UK than across the pond where the Russell 2000 ended the week marginally up while the S&P 500 was still trading at a 35% discount to the January average.

There have also been slight changes in the direction of trading with activity in lit market dropping. Systematic Internaliser (SI) activity jumped on 20 March mainly due to so called “quadruple witching’ rebalancing whereby stock index futures as well as options, stock options, and single stock futures expire simultaneously. In addition, clients traded more global baskets looking for “guaranteed VWAP,” where trades are executed exactly at the VWAP price.

As for dark trading, there was a minimal change in that as a percentage of overall exchange traded activity rose from 8.7% to 9.5%, although it was still below the 10% mark. Meanwhile periodic auctions are seeing little movement, accounting for roughly 2% of total volumes. Average fill size in both capped and uncapped names rose but it is difficult to assess as the research is only looking at the first three days of trading in April.

The spike in SI activity in March was caused by the quadruple witching. Subsequent activity reverted to similar liquidity formation patterns as witnessed in February with an increase in Lit volumes as traders seek certainty of execution,” says Rebecca Healey, global head of market structure & strategy at Liquidnet. “However, our latest report shows that activity has to more normal levels and that the percentage traded in the close reverted to a weekly average of 22%.”

Looking ahead, Healey says, “The question going forward is how do people execute in the ‘new normal’? In volatile markets, the buyside is looking for opportunities to trade and as people are working remotely and do not have access to their high touch desks, I think there will be an even greater increase in algo and electronic trading.”