As the weeks draw closer to the transition deadline on 31 December 2020, the UK Financial Conduct Authority (FCA) will stop sending data to the European Securities Market Authority ~(ESMA) and will no longer have access to the regulator’s IT applications and databases if there is a no deal Brexit.

This means monthly double volume caps (DVCs), quarterly calculations for the systematic internaliser (SI) regime for equity instruments and bonds, and quarterly data on bond liquidity will not be reported in January and February if the two sides cannot come to an agreement.

The EU watchdog warned participants that disruption caused by Brexit could lead to some systems being out of action for several days. 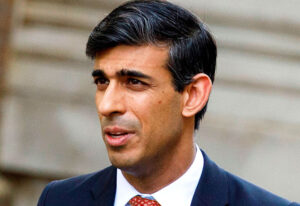 ule out that the modifications required to be executed to handle the end of the transition period may lead to the disruption of the ESMA IT applications and databases for a short period of time,” ESMA stated.

Currently, the UK and EU are trying to hammer out a deal but last night but Chancellor of the Exchequer Rishi Sunak is hoping to have a blueprint in place that assures London’s standing as a major financial hub.

Equivalence has been a sticking point with EU officials seeking greater clarifications from the UK about its future plans to ensure that they would be aligned with European norms.

In his first speech on the financial service sector since taking over as chancellor in February, Sunak vowed that the UK would remain an “open, attractive international financial centre” at the end of the Brexit transition period on 1 January.

He said that there will be a regime of equivalence and that the UK would recognise many areas of EU financial services as having a supervisory system equal to the UK’s own rules from January.

He said the UK was “acting unilaterally to provide clarity”.

The Treasury’ said it will allow UK-based fund managers and banks to use EU exchanges, investment firms, credit rating agencies, critical markets benchmarks and clearing houses. It added that other areas could be added to the unilateral equivalence regime but was waiting for “clarity from the EU about their intentions”.