Technology : The rise of the utilities : Louise Rowland 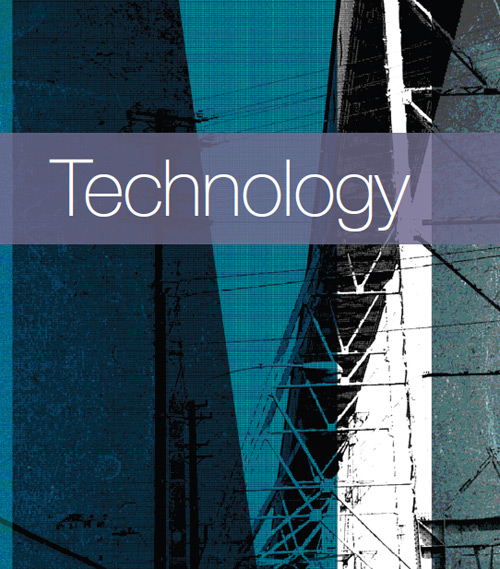 LET’S GET TOGETHER: UTILITIES COME OF AGE.

Louise Rowland explains why mutualised solutions are becoming part of the landscape.

Incredible, but true. Unlike the rancour defining the EU debate, the finance industry is currently enjoying an unprecedented outbreak of consensus. Firms on all sides are entering into mutualised solutions with their competitors. What’s driving this appetite for unanimity? And where will it all lead?

You don’t have to delve very far to explain the utilities’ moment in the sun. Post 2009, the industry is facing not only squeezed margins and reduced revenues, but also phenomenal cost pressures on all sides. A recent survey commissioned by DTCC found that in post-trade processing alone, the industry spends as much as $100 bn annually, yet only 5% is managed by industry-owned market utilities. Billions of dollars are being wasted on redundant and duplicative processes that, in most cases, provide no competitive or economic advantage. The same is true for the reference data industry, which some estimate could be saving $3-4 billion annually through shared solutions.

However, costly, wasteful processes are just the half of it. The industry is also dealing with an onslaught of new regulations concerning transparency and reporting requirements, with the arrival of MiFID II, European Market Infrastructure Regulation (EMIR), Basel III and Dodd-Frank. The development costs involved are completely beyond the reach of many firms.

“The cost model of the financial services industry has become unsustainable, largely because of the cost of compliance with regulatory fiats,” agrees Terry Roche, TABB. “Firms are spending billions in investment in data transparency and unification, compliance and risk management along with reporting and fines.”

Industry efforts to rationalise haven’t made enough of a difference. “People have already downsized and outsourced and automated as much as they can,” he adds. “The only choice now to achieve further costs reduction is restructuring. There is opportunity for significant take-up of utilities. It has become difficult to make the argument internally against utility of commoditised tasks, if the only argument is protection of internal processes and systems.”

Few market participants would disagree. The opportunity to share costs, radically boost efficiency in the back and middle office and focus on core activities is too good to pass by. Hence the marked rise in the number of utilities coming on stream, not only in the collateral space – for settlement, margin hub, uncleared derivatives, portfolio reconciliation, tri-party repos and end-to-end solutions for the OTC derivative trade lifecycle – but also for reference data management KYC.

Collaborations aren’t completely new, of course. But the level of activity taking place reflects a profound shift of mindset within the industry.

There are two principal types of utility: at-cost or not-for-profit solutions and for-profit set-ups. The former is owned and managed by its participants, the latter run as a commercial exercise.

“It makes a difference whether a utility is set up as an at-cost operation or a for-profit platform. It’s part of the DNA of a pure utility to work as a public service, to be more competitive and so gain acceptance within the market. The visibility of the fee structure is very important to participants, as is service reliability.”

For-profit utilities would no doubt counter that they enjoy greater flexibility and freedom of movement when it comes to value added-services.

In either case, success is not a foregone conclusion. There have been several casualties along the way, often due to a faulty business model not achieving a critical mass of members – or to a lack of the necessary expertise in governance.

The latter is crucial, stresses Marc-Robert Nicoud, CEO of Clearstream International, which founded the Liquidity Alliance, a partnership of market infrastructures to provide common and sustainable collateral management solutions.

“People underestimate the challenge of day-to-day governance and its significant costs. All participants need to feel involved, they want their voice to matter. The utilities management has to drive things forward, but also needs the expertise necessary to navigate a community and to keep everyone on board, as well as the capability to make major investment decisions. The regulators aren’t letting anyone off the hook, even if they’ve outsourced their processes.”

Others also cite efficiency, scaleability, flexibility in terms of on-boarding costs and ease of implementation as crucial ingredients.

“Over the last 18 months, we’ve been engaging leading firms to get their input as to how our platform could be developed further. There has been an overwhelming sense of agreement around the table, with the majority agreeing that such a collateral settlement messaging solution would make sense. That input has led to the emergence of new developments on our roadmap and the evolution of the product.”

It’s a similar story at SmartStream Reference Data Utility (RDU), another new arrival looking to make a big splash in the market. A joint venture set up by J.P. Morgan, Goldman Sachs, Morgan Stanley and SmartStream, the mission is to drive through cost-savings and greater efficiency over the whole life-cycle of a trade.

Joseph Turso, VP Product Management, SmartStream RDU says the utility has been well received so far. “We’ve done extensive R&D over the past five years and run stringent testing. The backing of banks of this stature encourages others to come on board. Once you have six or seven major participants, that’s the tipping point and it spreads out to their counterparties. It’s an exponential uptake, rather than a domino effect. People need an assurance that you will provide what it says on the tin, but if a bank has the cleanest data, others will want to use it.”

Is the utilities landscape becoming too crowded? No, say most observers: some even argue the take-up has so far been very low.

“Let a hundred flowers bloom,” says Diana Chan, CEO of EuroCCP. “Competing utilities providing different services and user benefits are a good thing for the market, because competition creates dynamic efficiency. There’s bound to be consolidation eventually – that’s the lifecycle of business. Streamlining will come when the capacity of the competing utilities far exceeds demand. Provided there is a level playing field, consolidation should lead to a few robust competitors with economies of scale that continue to innovate.”

If community-based solutions are here to stay, many not-for profit infrastructures are likely to broaden their offerings from their basic commodities services to become even more competitive. Some participants expect the landscape to eventually coalesce around two or three big players, complemented by a number of niche for-profit specialists. The risk of a monopolistic situation developing, where one or two utilities dictate the fee structure, is unlikely, however.

“Standardisation will deliver significant benefits, with open source technology creating a far nimbler, more flexible and agile environment. Connectivity is increasingly seen as a basic service amenable to the utility model. I am optimistic that in five years, we’ll have an integrated marketplace with data flowing freely, enabling end-users to capture the value of that.”

“Ultimately, we believe that having one comprehensive source of client reference data and documentation, including KYC data, will be the best approach for the industry. I am very optimistic about the value utilities bring to financial markets. They allow firms to take advantage of increased efficiency and enhanced control over data collection and validation processes while focusing on the core functions of their businesses that add value. By using solutions, like Clarient, which are user-owned and governed, any future enhancements that are made are prioritised based on client needs and not on commercial interests, which further translates into benefits for users.”