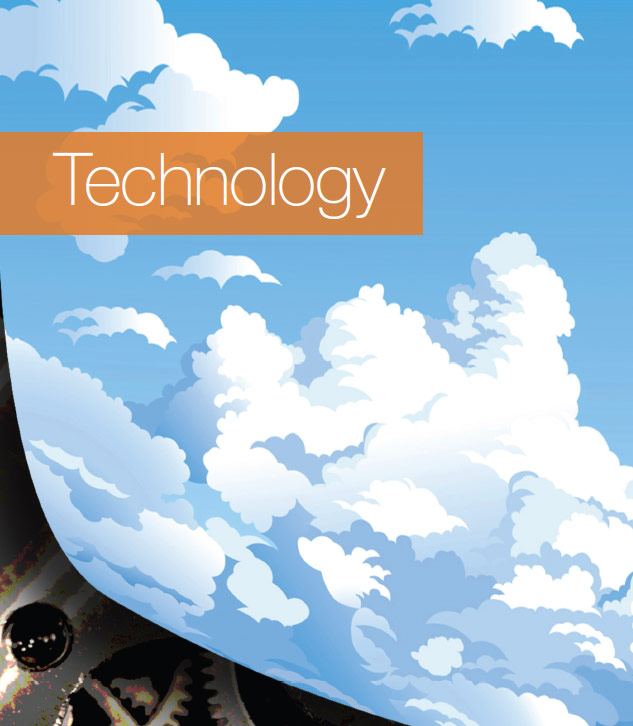 TECHNOLOGY – IS THE ANSWER IS IN THE CLOUD?

Frances Faulds looks at where they are adopting the cloud and how they are mitigating the cybersecurity risks.

Banks typically spend 80% of their IT budgets on maintaining their legacy systems, but rough estimates are that they could cut IT costs by 75% by adopting cloud-based solutions.

The economics, and benefits, of using the cloud are beginning to add up and make a compelling use case, not just to replace legacy systems but winning over choosing on-premise hardware. Research firm, Gartner, expects that spending on cloud or SaaS-based applications will increase from 30% of the total market spend in 2015 to 47% by 2020 and that cloud will become the dominant deployment model by 2025 due to the increasing maturity of cloud-based, core financial management applications. 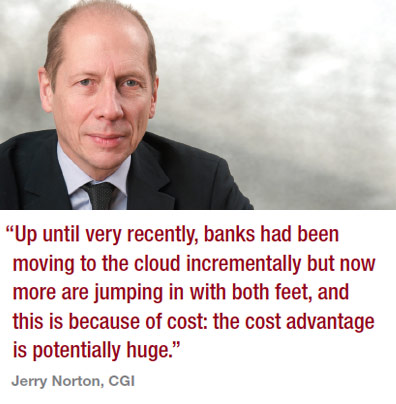 Cybersecurity is, and will always be, an issue for banks, across all their systems but one that they are becoming more comfortable with as cloud solutions mature and proven track records lengthen. The expertise and spend of the cloud vendors on cybersecurity is higher than most and cloud technology possesses other benefits, such as built-in data redundancy, that is simply not available with legacy systems.

Jerry Norton, global lead for corporate and transaction banking at CGI, says: “There is a perception out there that somehow the cloud is less secure. I think it is actually more likely the other way around; it is probably more secure than your own capabilities, just because of the sheer amount of money that has been spent on the prevention of attacks.”

While there were initial security concerns about running trading engines in the public cloud, Guy Warren, CEO of ITRS, a provider of data analytics, says the growth of in-house cloud and private cloud means that security issues can be overcome.

Moreover, it does not have to be an either/or choice for the financial services sector as different systems can be migrated to the cloud gradually, reducing risk and easing the plunge. The advantages of cloud versus on-premise computing are significant in terms of cost, and paying only when computing power is needed means that banks cannot avoid the move to cloud.

“In the world of fixed IT estates, we typically see financial services firms’ servers running at less than 20% per cent utilisation over 95% of the time, says Warren. “Datacentre space is expensive, translating to huge wasted cost. The cloud allows for a more flexible environment which can grow in capacity when demand is there, and reduce when it isn’t.” 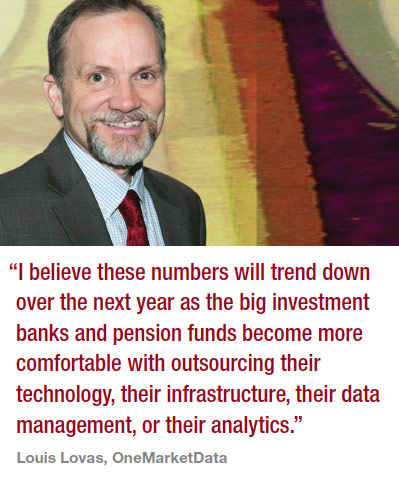 Louis Lovas, director of solutions at OneMarketData, which offers tick data management and analytics for algo trading, best execution and TCA, says some firms use the company simply for historical data and where they are looking at the data provider to warehouse private data, security becomes a critical factor. Others decide the risk profile is too high for their comfort levels, so they keep the data in-house and use a hybrid model – both private/public cloud and their own datacentre infrastructure and just connect the two.

The cost savings are significant, according to Norton, not just in terms of the applications used on the cloud but for architecture operating with high numbers of transactions at peak times. Also, the ability to pay only for the computing power needed far outweighs any cost savings that can be made in-house.

“Up until very recently, banks had been moving to the cloud incrementally but now more are jumping in with both feet, and this is because of cost: the cost advantage is potentially huge,” he adds.

To date, the challenges have been around security and regulation, especially data location, and material outsourcing requirements in some jurisdictions, as well as integration. Sudip Dasgupta, senior director of technology at Sapient, says: “Banks are nervous about having large volumes of data shuttling back and forth between on-premise and the cloud. This is why applications such as regulatory and transaction reporting are good candidates for the public cloud since these systems can process data in the cloud and don’t need to be brought back in.”

There is a move towards Platform as a Service (PaaS), and Sapient’s clients are also looking for cloud platform providers with a comprehensive offering covering both PaaS and Infrastructure as a Service (IaaS). “Given the large amounts of IP that is invested in their existing systems, banks would like to have the option, that if something is too complex to rebuild on PaaS, to be able to move them to an IaaS model on the public cloud,” says Dasgupta.

If the ‘low hanging fruit’ – the easier applications to move to cloud – have already being moved, what is the next step? According to Dasgupta some platforms can be optimised by rebuilding on public cloud PaaS; some applications require thousands of processors in a grid computing deployment, and these can be migrated to the public cloud (PaaS or IaaS).

There are also some applications, with fluctuating demand patterns that will benefit from the elastic scalability aspects of IaaS deployment on the public cloud, and the granular billing rates will result in cost savings for the bank.

For Norton, while there is still some regulatory uncertainty relating to data location and security issues, it is the cultural changes within an organisation that are needed to drive forward the move to cloud technology that should not be underestimated, both in terms of the skill sets needed and the leadership to drive change.

“To get to these sorts of numbers, there has got to be a much more standardised approach to IT, and how you differentiate yourself in IT, and a lot of banks still believe that IT has got to have some form of differentiation in it,” says Norton. “If you go to cloud, you have got to run it on a standard platform, using standard tools and it has got to be very consistent and standardised from a technology point of view, and a lot of banks find that difficult to accept.”

He believes that there “needs to be a change of mindset. It’s not the technology; it’s other factors holding things back. It is accelerating, and will more, once the critical mass gets behind it.”

HSBC is one bank that has committed to the cloud and it is partnering with Google to take advantage of the latest technology, data analytics and machine learning to transform the way the bank does its business.

Speaking at the Google Next Cloud Conference, in March this year, about the decision to adopt a cloud-first strategy, HSBC CIO Darryl West said: “Our journey in data is very similar to other companies. We have lots of good old-fashioned databases; all of our core systems are running on product systems that have been around for 20, 30, even 40 years. The systems are robust, scalable and they do a great job but they don’t have the database structures that actually allow us to do the data analytics, the machine learning, that we think we need to do.”

The difficulty and expense of extracting data into traditional data warehousing platforms led HSBC to take the plunge, about three years ago, and embed the bank into the evolving Hadoop* eco-system. The initial use cases have been those that have very large datasets and require very intense computing capability in short bursts.

West said that for anti-money laundering, finance liquidity reporting, risk analytics and risk services, it made more sense to use the capabilities of the cloud rather than building new data centres.

CGI’s Norton believes regulatory reporting is in fact forcing increased use of the cloud, simply because of the mounting data and calculations needed. Support systems, Salesforce, CRM, HR, personnel, reporting and risk calculations, such as Monte Carlo and VAR, are all now being moved to the cloud. In fact, cloud technology is fast becoming the only option available to banks to get the storage and computing power they need.

“The regulator is wanting more and more of these calculations to be done in real-time, and this cannot possibly be done on premises,” says Norton. “The cost of running these tens of thousands of burners, all day, in your own premises, would be absurd. So, most banks are looking at doing risk calculations in a large cloud configuration, for when they need that computing capacity. All banks are looking at cloud, where the business case is really obvious: anywhere you have transactional systems and these huge peaks.”

However, Lovas says, it is only when banks take portal access to historical data, analytical toolsets that someone else is maintaining and managing, that the amounts being spent on maintaining legacy systems today can really be attacked. “I believe these numbers will trend down over the next year as the big investment banks and pension funds become more comfortable with outsourcing their technology, their infrastructure, their data management, or their analytics.”

*Hadoop is an open source, Java-based programming framework that supports the processing and storage of extremely large data sets in a distributed computing environment.