SHOULD I STAY OR SHOULD I GO? 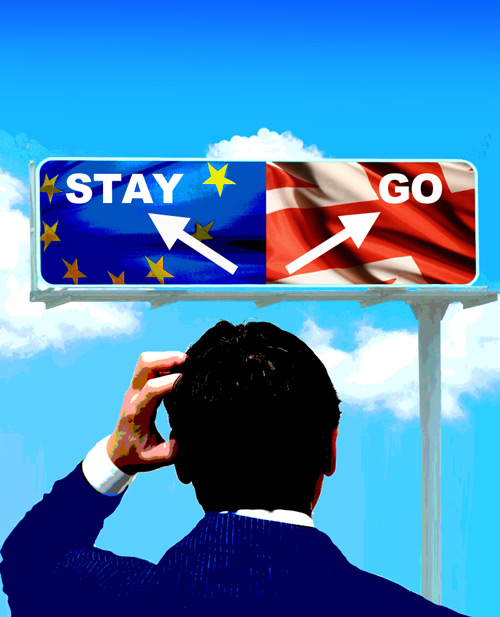 The City of London may have expelled a great sigh of relief that HSBC is staying on UK shores in case of Brexit but London’s status as a financial services capital is far from assured. In fact, the bank warned that it could move 1,000 investment banking jobs to Paris if the country votes to leave the European Union.

Also, not everyone was as rapturous as the government about the decision. Investors were seemingly lukewarm with shares only rising 1% after the announcements while some analysts also had their doubts. For example, Ian Gordon, banking analyst at Investec, expressed his disappointment in a note entitled “HSBC Holdings: Bottle job?” He lamented that the bank passed up an opportunity to move to a country with lower tax and looser regulation plus pointing out “the considerable financial benefits which may have accrued to HSBC’s shareholders had it decided to ‘escape’”.

The decision had not been taken lightly. Since last April, the bank has spent considerable hours as well as money – a reported £30m to £40m on advisors – mulling over its options. Although it did not threaten to leave over it, one swing factor was the turnaround shown by George Osborne over the onerous £3bn bank levy, which would have hit HSBC the hardest.

The industry as a whole had lobbied the government to reduce the burden and their efforts were rewarded in the summer budget when it was announced that the tax would be gradually cut over the next six years and would stop being applied to worldwide assets from 2021. For HSBC this meant that they would only have to pay the exchequer £300m, down from £1bn under the previous system.

Another motivating driver though was that its natural base – Hong Kong – is losing its lustre as China’s government becomes more interventionist. The recent detention of three Hong Kong booksellers in particular has stirred fears among Western bankers that the country is undermining the territory’s legal independence. Although the volatility of the Chinese stock market and its sluggish economic outlook has unnerved investors, it played no part in the review process, according to both CEO Stuart Gulliver and chairman Douglas Flint.

It is of course too difficult to predict the future and whether other banks will follow suit or exit if the UK leaves the EU. There is no doubt though that many industry participants are worried and the uncertainty is casting a pall. Several Wall Street banks such as Goldman Sachs and JP Morgan have already thrown their weight behind the Britain Stronger in Europe campaign while others are warning that London could be dropped as a leading listing centre. In addition, companies could lose confidence in the capital and take their M&A activity elsewhere. After all, as HSBC itself said, they will always have Paris or for others Frankfurt, New York…

BE ON YOUR GUARD. Dan Barnes explains why trading firms must brace for cyber-attacks on counter ...

BLOCKCHAIN: WHAT THE INDUSTRY DID NEXT. Without an industry consensus on distributed ledger tec ...

THE EURO CLEARING CONUNDRUM. As the UK teeters on the edge of a ‘no-deal’, regulators and indus ...