THE TREND IS SOCIAL. 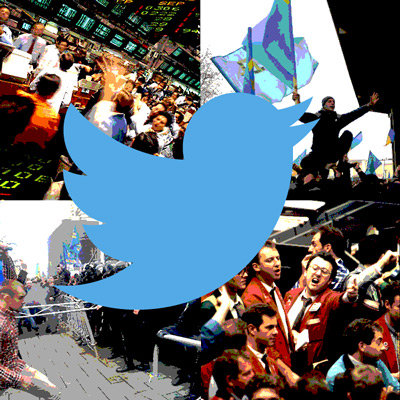 As the eruption in Ukraine demonstrates, news can happen quickly and unexpectedly. To keep their fingers on the pulse, traders are increasingly turning to social media and its different guises. This gives them instant access to news and opinions before it hits the traditional news venues but as we all know, talk can be cheap.

Take last year when a bogus tweet sent from a hacked Associated Press Twitter account said that there had been explosions in the White House. US financial markets went spiralling with the Dow Jones dropping 150 points and the eMini S&P 500 futures contract on the CME being disrupted. Although the report was false and markets quickly recovered their equilibrium, it demonstrated the power and weakness of Twitter. The message is that it can’t be ignored but it needs to be effectively harnessed to give traders relevant information to help them navigate those choppy waters.

Of course it has not taken long for vendors to develop solutions. For example, last year Bloomberg introduced a Twitter compartment on traders’ desktops that sits alongside the flow of other news and financial data that appear on its well-known terminals. The feature, which provides a way for employees to read but not send tweets, appeared last spring, shortly after the Securities and Exchange Commission announced that public companies like Netflix can use social media platforms to disclose market-moving information.

However, simply knowing a topic is trending isn’t always enough. This is why this year has seen the media giant launch a so-called sentiment analysis tool. This not only alerts traders of a spike an activity, but also shows if the news is likely to be positive or negative. This follows on from rival’s Thomson Reuters’ new Eikon feature that takes feeds from both Twitter and StockTwits and weights and analyses sentiment using a proprietary methodology.

The opportunities are endless if a report last year by OneMarketData is anything to go by. It found that more than half of the financial market participant said social media provides opportunities to capture alpha on a daily basis. While only 18% of respondents said they used social media data today, another 35% were currently researching how to incorporate social media into their trading and investment strategies. It is only a matter of time before the others follow.