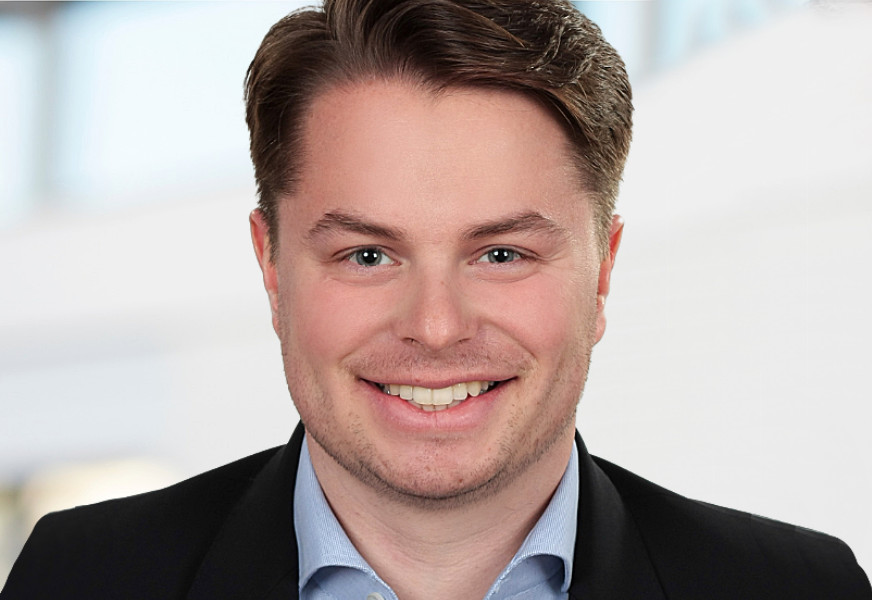 Dark trading mechanisms have become an integral part of the European liquidity landscape and offer trading participants the ability to mitigate market impact, particularly when trading in block size. In terms of execution price in dark trading solutions, the prevailing PBBO midpoint price is a core benchmark and reference price at which a significant proportion of order flow interacts. Given the depth and share of daily liquidity on the CLOBs of the primary exchanges, the PBBO midpoint is a robust indicator of the current price at which securities are trading. As such, it is worth evaluating what proportion of trading activity actually occurs at this price, whether it intends to and what the causes and effects of trading away from this benchmark are.

SwissAtMid is our dark midpoint order book that supports firm interactions – and from November this year – will add conditional order representation. It is worth noting upfront that SwissAtMid operates on the same atomic matching cycle as the SIX Swiss Exchange CLOB, so trades never occur away from the PBBO midpoint price. 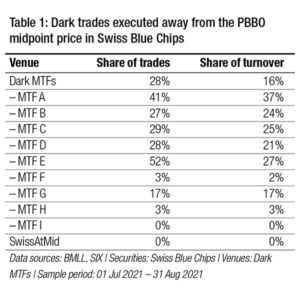 Table 1 provides a picture of the proportion of dark trading activity occurring away from the PBBO in Swiss Equities. When scanning across the other (anonymised) dark MTFs trading Swiss Equities, it can be seen that there is a relatively high occurrence of trading activity occurring away from the PBBO midpoint price (in terms of the proportion of both trades and turnover). However, it is also clear some venues typically execute most regularly at little variation to the PBBO – which is largely a factor of their underpinning market mechanism (i.e. their capability to execute larger blocks via conditional orders).

In terms of explaining the relatively high proportion of trading activity that occurs away from the PBBO midpoint price on MTFs, three factors need to be acknowledged namely; inter-venue latency, the venue’s rules around allowed execution prices, and the reference price adopted for any midpoint matching (i.e. PBBO v EBBO). Teasing out what proportion of the trading activity outlined in Table 01 that intended to occur at the PBBO midpoint (versus those which intended to execute at a different price point) is more difficult, but this can be approximated by plotting trades occurring away from the PBBO midpoint across a time-horizon following a primary midpoint price update. 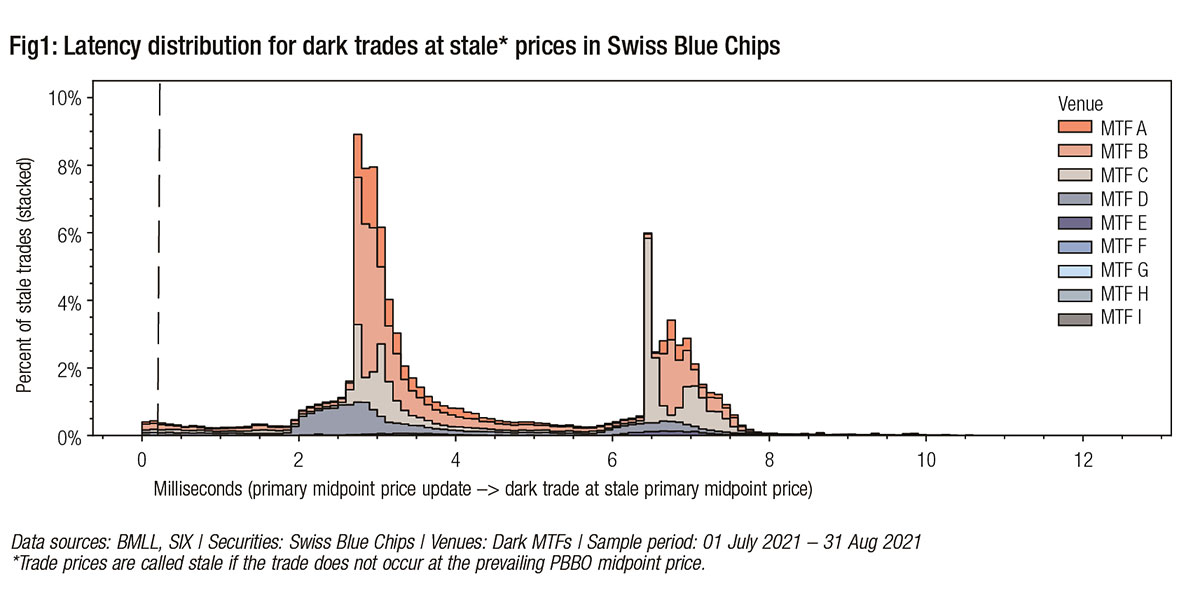 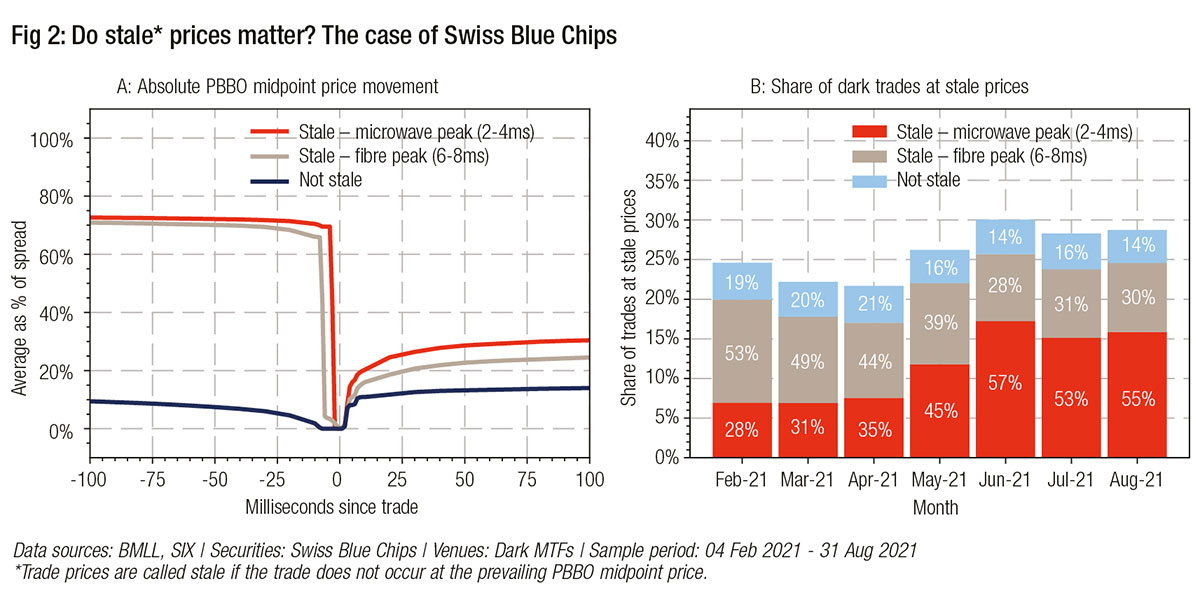 Do trades on the stale prices lead to higher reversion?

To answer this question more precisely, we calculated separate reversion curves for trades occurring at the two separate latency peaks indicated in Fig 1 and compared these two profiles with the one observed on non-stale trades – as per Fig 2a. The three reversion curves presented on Fig 2a, illustrate that reversion on stale executions is about 2 times higher than non-stale executions when considering the absolute PBBO midpoint price movement 100ms after an execution. Further to this, the highest reversion is observed on stale executions that correspond with the first peak on Fig 1 (labelled “Stale – microwave peak (2-4ms)“ in Fig 2). This potentially makes sense as stale midpoint liquidity in dark books may be ‘swept’ for on the way through to a price level update on the associated CLOB. Fig 2b shows that the overall share of dark MTF trades executed at stale PBBO midpoint prices increased from about 24% in February 2021 to about 29% in August 2021. Breaking this distribution down further into the mass in the two latency peaks, we see that the share of stale prices executed between 2ms and 4ms almost doubled from about 28% in February 2021 to 55% in August 2021.

Pulling all of the above observations together, we can draw some overarching conclusions about the dark trading ecosystem in Swiss equities. Firstly, the proportion of trades at stale prices in Swiss names is very significant. Secondly, the distribution of stale trading activity in Swiss equities correlates well with the observed geographical latency between the location of the primary CLOB and the location of MTF venues. Thirdly, trades occurring at stale prices appear to suffer from a significantly worse reversion profile than trades occurring at non-stale prices.