The European Commission has once again delayed the implementation of the second phase of the Sustainable Finance Disclosure Regulation (SFDR) until January 2023.

The six-month postponement was due to the “length and technical detail” of the directive, according to a letter to the Council of the European Union from the European Commission, dated 25 November.

Level 2 was originally delayed by six months until July 2022 due to the decision to bundle all 13 of the regulatory technical standards (RTS) into a single delated act. 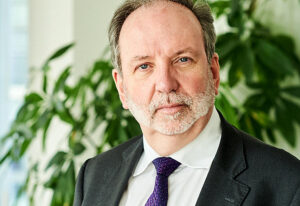 In his latest letter, John Berrigan, deputy director-general for financial stability, financial services and capital markets union at the European Commission, wrote, “Due to the length and technical detail of those 13 regulatory technical standards, the time of the submissions to the Commission, and to facilitate the smooth implementation of the delegated act by product manufacturers, financial advisers and supervisors, we would defer the date of application of the delegated act to 1 January 2023.

However, a note from  law firm Herbert Smith Freehills said that the additional six-month respite “is all too brief”, with a number of other significant milestones for financial market participants to account for next year, including the Taxonomy Regulation.

SFDR Level 1, which went live in March, asks asset managers to categorise their EU-domiciled funds into progressively greener categories: Article 6, 8 or 9. Level 2  obligations require companies to report on 18 mandatory principle adverse impacts statements (PAIS) as well as other voluntary areas which go as far as the risks to a products’ valuation due to environmental impacts.

The delay also follows new obligations for product disclosures implemented by the European Securities and Market Authority (ESMA) in October amid market concerns the current Article 8 and 9 categories could lead to an increase in greenwashing.

The UK is developing its own game Sustainable Disclosure Regulation which like the EU version is designed to avoid greenwashing and instil confidence in investors that their money is being directed towards investments that genuinely support the transition to net zero.

Similar to the SFDR classification of investments into three categories, the FCA plans to create five categories for investments, with labels making it easier for clients to select investments that match their values on sustainability.