The shape of things to come: Peter Kinsella, UBP 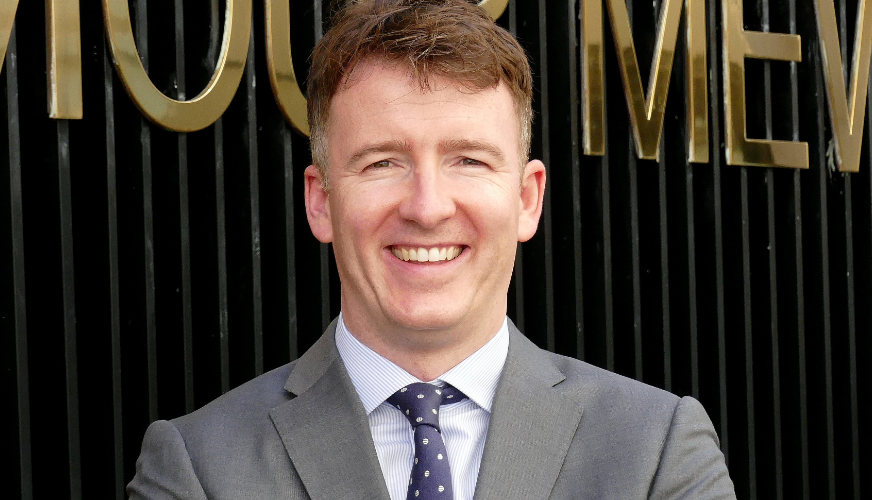 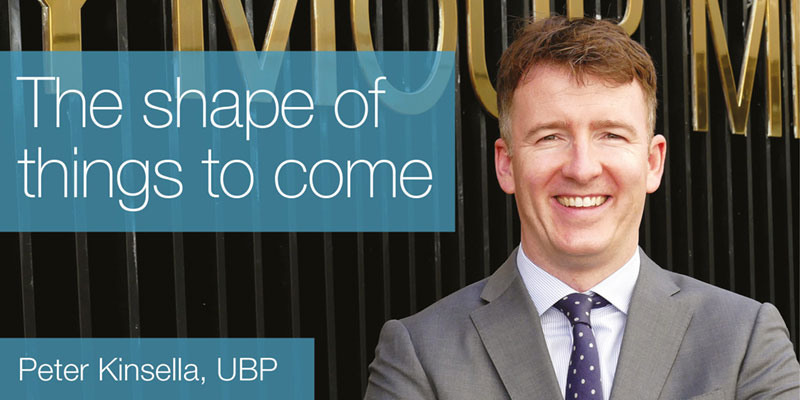 Peter Kinsella, Global Head of FX Strategy and Managing Director at Union Bancaire Privée discusses changes in the FX market and the rise of cryptocurrencies.

What is your role at UBP and how have things changed during the pandemic?
I run FX and precious metals strategy for UBP, covering both G10 and emerging market currencies alongside all of the main precious metals (gold, silver, platinum and palladium). The pandemic led to a number of changes in terms of my day-to-day role, from everyday commuting to how we interact with our clients – fewer physical meetings, more virtual ones. It also resulted in surging client interest in both FX and precious metals strategies – we experienced record revenues last year in this area.

What impact has Covid-19 had on markets?
The most obvious FX market impact was the rise in FX volatilities as the pandemic began, which then gave way to modest USD weakness as the global recovery matured. Interestingly, emerging market currencies did not benefit from the global recovery as many had expected.

Are geopolitical factors such as Brexit more important today in FX markets than in the past?
No, not really. The only geopolitical event in the last 40 years that had a lasting effect on markets was the oil shock of the 1970s. This led to significant rises in inflation, with malign consequences for the currencies of oil importing countries. Most geopolitical events these days are pretty short-lived in terms of their duration, and investors have learned to look through short-term price gyrations. There are occasional FX moves for the likes of the Russian rouble as a result of new sanctions, but by and large these are treated as idiosyncratic events.

How will rising inflation impact markets?
It will lead to weakness in those currencies where central banks are reactive rather than proactive in terms of their policy response function. For the major currencies like the US Dollar, higher inflation should lead to weakness. The Fed has explicitly committed itself to an average inflation targeting framework, meaning that it will ignore short term rises in inflation to offset the last decade of inflation undershoots. This will weigh on the USD over time. The currencies of low inflation economies should do pretty well, as investors give them the benefit of the doubt.

The currencies of commodity producers should fare well, as they will experience the most sensitivity to commodity price inflation. In this context, the likes of AUD and CAD will increasingly benefit.

Which regulation has had the most impact on markets and which ones will in the future?
For the FX market, the ban on proprietary trading was a game changer, because it deprived markets of significant liquidity sources. This has been offset to some extent by the development of algorithmic trading strategies, but these actors have no mandate to make markets, which results in one-sided liquidity provision. Consequently, we see a situation where some emerging market currencies experience huge drawdowns and depreciate by 10% in a day. This has happened on a few occasions, but the frequency and severity of these drawdowns concerns me. What concerns me even more is that central banks don’t seem to be too bothered by it. They certainly haven’t done much about it.

In April, the Global Foreign Exchange committee (GFXC) published consultation on proposals arising from its review of the FX Global Code. What impact has the code had and what changes would you like to see?
In general, the code is seen as a constructive endeavour. It sought to improve market transparency by establishing best practices for market participants, and that can only be a good thing over time.

What is your view on cryptocurrencies and how do you see them fitting in the FX space?
Cryptocurrencies are today where the internet was in 1999. In 1999 the internet was in its infancy and while a huge number of internet-based companies failed at that time, a reasonable number of companies emerged which would go on to change the world. I think about cryptocurrencies in similar terms. We have a huge increase in the number of alt-coins, and I think that those alt-coins with higher hashrates* and transfer speeds will be really interesting to look at. The network effects are also potentially enormous. In the future, digital wallets will likely replace bank accounts as the primary venue for saving and investing. This implies huge changes for how individuals save and invest, which I think will be beneficial for consumers as they are likely to face lower transaction costs.

Central Bank Digital Currencies (CBDCs) will also be a game changer because they will effectively disintermediate the banking system as we know it today. This also has clear implications for FX trading over the longer-term.

In the short term, the speculative fever surrounding the whole crypto space will result in huge price swings and significant volatility, so investors will have to deal with this. FX traders and portfolio managers will have to get used to cryptocurrencies, because my feeling is that they are going to become a key part of investor portfolios in the short-term, and a key part of market microstructure over the longer-term. 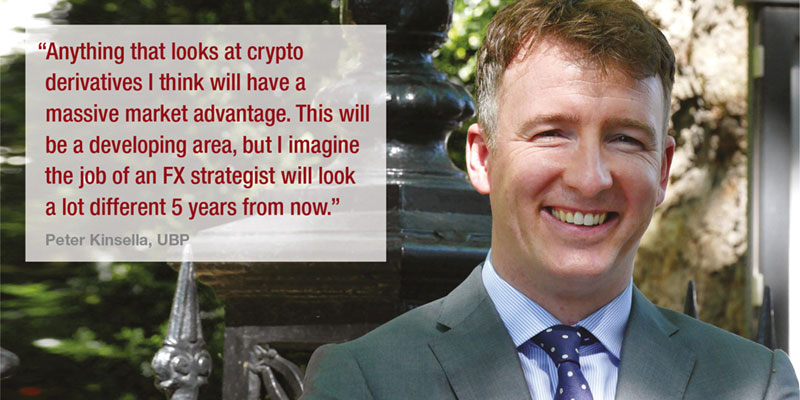 What technology is most relevant to you in FX and what do you foresee for the future?
The most important technology for me today is Bloomberg for market analysis, etc, but in the future my guess is that anything along the lines of cryptocurrency market microstructure will be really important. Additionally, anything that looks at crypto derivatives I think will have a massive market advantage. This will be a developing area, but I imagine the job of an FX strategist will look a lot different 5 years from now.

Is the growing adoption of ESG strategies changing FX markets and strategies?
To give a short answer, no. ESG investors are mostly interested in the underlying assets that they are buying rather than the transacting currency. ESG investing might be more relevant in the cryptocurrency space, as coins with efficient electricity usage benefit and those with higher levels of electricity usage are penalised.

Looking ahead, what do you see as the greatest challenges and opportunities?
The greatest challenge will be in navigating the likely depreciation of the US Dollar over the coming years and seeing how that works out, especially now that we are starting to see reserve managers decrease their USD allocations. This is probably more of a cyclical issue than a structural one for the moment, but it’s worth keeping an eye on.

The greatest opportunities are clearly in the crypto space and certainly there are going to be huge developments here, from both the private and public sector. I think that this will be a really interesting space, not just in terms of how the market microstructure develops but also in terms of what it means for legacy currencies. It’s going to be a really interesting time for FX markets and indeed for FX strategists.

*Hashrate is a measure of the computational power per second used when mining and processing transactions on a blockchain. More simply, it is the speed of mining.

Peter Kinsella, who has over 15 years of experience in wealth management and investment banking, joined UBP in November 2018. Previously, he was Senior FX and Rates Strategist at Commonwealth Bank of Australia and Head of Emerging Market Research at Commerzbank. He started his career as a FX and Derivatives Trader at Pioneer Investments/Amundi. Kinsella holds two master’s degrees, one in economics from the London School of Economics (UK) and one in Law & Economics from the University of Bologna (Italy).