Regulation: The slow burn of the SFTR 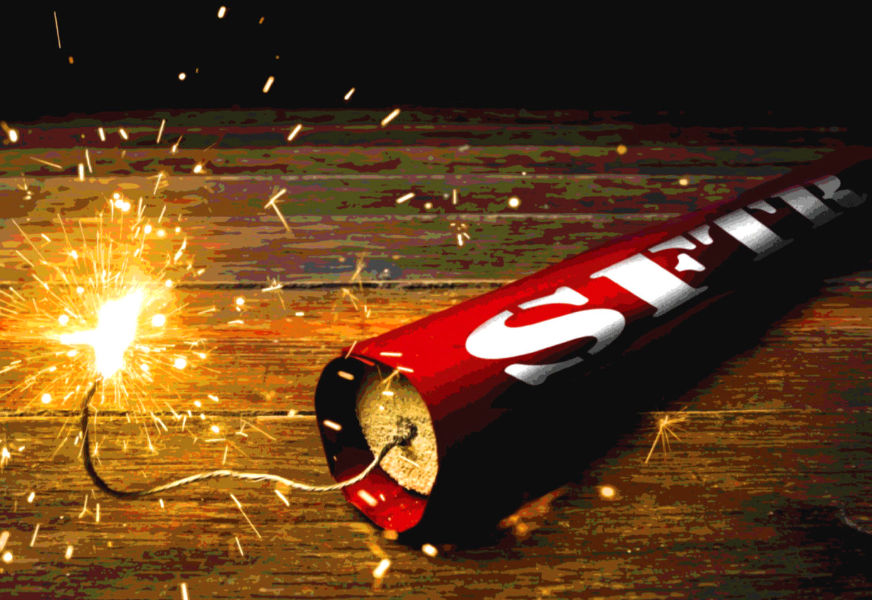 In the alphabet soup of European financial regulations which is already overflowing with MiFIDs and EMIRs, the addition of yet another acronym in the form of the Regulation on Transparency of Securities Financing Transactions (SFTR) might have some reaching for the indigestion relief.

The SFTR – like so many other European regulations – is a product of the financial crisis and designed to reduce ‘systemic risk in the securities financing transaction market by increasing transparency and surveillance’. And again, like so many of its financial regulation predecessors, it has taken a while to come into force. Although the SFTR is motivated by a need for simplicity, it imposes a set of complex reporting requirements across both financial and non-financial players.

SFTR first became a reality in 2016 but it was subject to several ‘phase in’ periods with different entities expected to comply in incremental stages. It is only now five years later – and having been subject to a Covid-19 related delay last year – that the regulation is now applicable to all parties.

The European Securities and Markets Authority (ESMA) is understood to be pleased with the smooth transition to SFTR compliance, but for many of those on the frontline SFTR remains fraught with challenges and obstacles.

Cappitech’s Global Financial Reporting Survey 2020 which covered 89 financial organisations across the EU, UK and US, showed 46% of respondents note that changing regulation, in particular implementing the SFTR, would be the biggest challenge in the coming 12 months. In addition, it found that participants remain ‘in the dark’ about how to interpret the new rules and have concerns about the practicalities of providing the quality data demanded by the new regime.

Jean White, global sales director at SEI, agrees with the survey’s findings that SFTR reporting requirements presents the biggest hurdles. She says the trouble with SFTR started as soon as ESMA decided to phase in the regulation. “As soon as the requirement became applicable for different entities, there was a lot of confusion,” she adds. “Right now, we’re seeing the reporting obligations causing the main areas of concern and there are some complexities around SFTR that are not totally straightforward.”

Those on the SFTR coalface say the reporting requirements are onerous, reflected in the Cappitech survey which revealed concern among two-thirds of respondents about the lack of relevant expertise.

White explains that the reporting obligation requires ‘all in-scope entities to report SFTs which they conclude, modify or terminate on a T+1 basis, and the reporting is dual sided, so if both counterparties are in-scope, both must report’.

“This can be confusing, however, because the phase-in dates differed depending on counterparty type, so some found themselves having to provide reporting information for the other counterparty before they were brought into scope,” she says. “Given that there are about 150 fields to be reported under SFTR, many of which have zero tolerance from a matching standpoint, the data collection required a lot of preparation.”

The LEI hurdles
Among the biggest challenges for participants, according to Iain Mackay, global product owner, Post-Trade Services at EquiLend, is the imposition of legal entity identifiers (LEIs) and unique transaction identifiers. These are effectively numberplates for the financial industry and should make transparency a whole lot easier, but getting hold of an LEI is not always straightforward.

Mackay says: “The biggest issue centres around the adoption and maintenance of LEIs. The pressing issue will focus on the LEI of the security issuer for non-EEA entities. Estimates suggest as much as 60% of non-EEA issued instruments do not have an LEI. This needs to be addressed by April 13, when it will be required for non-EEA-issued instruments to have an LEI.”

Further complications lie in the disparate and fragmented nature of record keeping and data collection across the piece. If all parties are expected to report in the same way within one day of the transaction, there needs to be more consistency across data sets. ‘Managing fragmented data sets is a significant task’, say Mihir Joglekar, business analyst at reg tech firm AutoRek who reiterates widespread concerns about ‘confidence in the quality of data submissions made, continues to be a point of concern for the industry’.

However, Joglekar says that as the industry human-led data entry in favour of automated processes, meeting the SFTR requirements will be far easier. “Migration from semi-manual processes to industrialised automation will significantly increase the confidence in the data quality and submissions, protecting organisations from investigative penalties,” he adds.

Raising the bar
According to Heiko Stuber, senior product manager at data services company Six Financial, the pressure is on the reg tech and software sector to meet the needs of their financial provider clients. “A lot of clients are focused on getting solutions from a software provider or reg tech company,” he says. “They want integrated solutions and these take time to deliver,” he says.

While the industry is not yet there, White says progress is being made. “There has been a phased-in approach to implementation: investment and credit institutions, CSDs and CCPs have been reporting since July last year; insurance firms, UCITS and AIFs have been reporting since October; and non-financial counterparties since January,” she adds. “Talking with our clients and other market participants, most are now comfortable with providing the data required to trade repositories.”

If implementing the SFTR was not complicated enough, in June 2020 the UK government announced it would not implement the reporting obligation of the EU’s SFTR for non-financial counterparties, and is an example of Britain diverging from the EU post-Brexit.

Some commentators appear to be relatively relaxed about the UK’s breakaway from full SFTR obligations, arguing that it is still required to implement the regulations for all financial transactions with EU players. “As part of the transition and as such any decision not to adopt SFTR will only create a barrier to the agreed principle of equivalence,” says Joglekar says. “Reporting will still be required if UK legal entities service any EU firms.”

However, Mackay says the UK’s deviation has generated a siloed reporting process, where UK entities report into FCA, whilst their EU counterpart to the trade reports into ESMA, both with potentially different unique transaction identifiers. “This unhinges SFTR’s main driver to have dual reporting and transparency. The concern is this lack of obvious transparency disrupts the overarching goal ESMA wanted to create from the generation of SFTR,” he says.

Given that the SFTR is fully live yet plenty of concerns remain about financial institutions’ ability to keep up with the rules, questions must be asked about whether ESMA will achieve its goal of improving transparency. 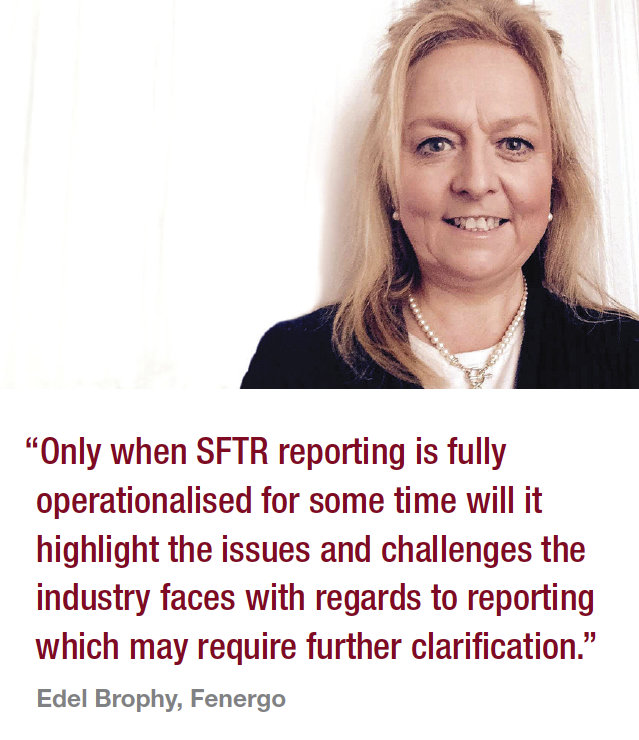 When asked by Best Execution the general feeling is one of confidence in SFTR. Stuber says. “I’m convinced SFTR will achieve its goal. If you talk to ESMA and the FCA, transparency is being provided and EU regulators are putting a lot of effort in to ensure compliance.”

Similarly, Jogelkar adds, “Yes and for the near future as a broad stroke answer [SFTR will be sufficient].”

Yet these remain ‘early day’ assessments and as Jogelkar notes there is an important caveat in that much of SFTR’s success will only be measurable once it has been in force for longer.

Edel Brophy, global tax & regulatory manager at software provider Fenergo, sums it up by saying,: “Only when SFTR reporting is fully operationalised for some time will it highlight the issues and challenges the industry faces with regards to reporting which may require further clarification.”