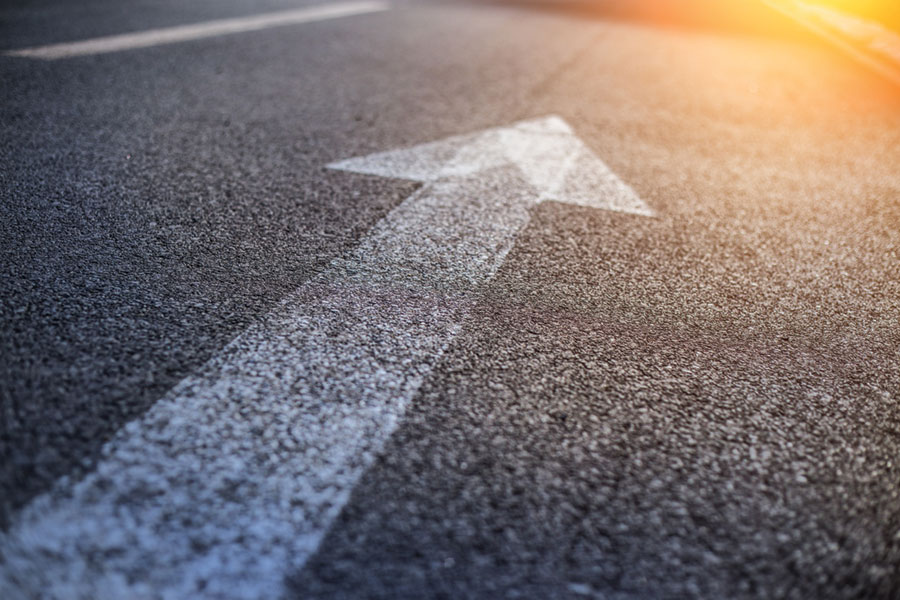 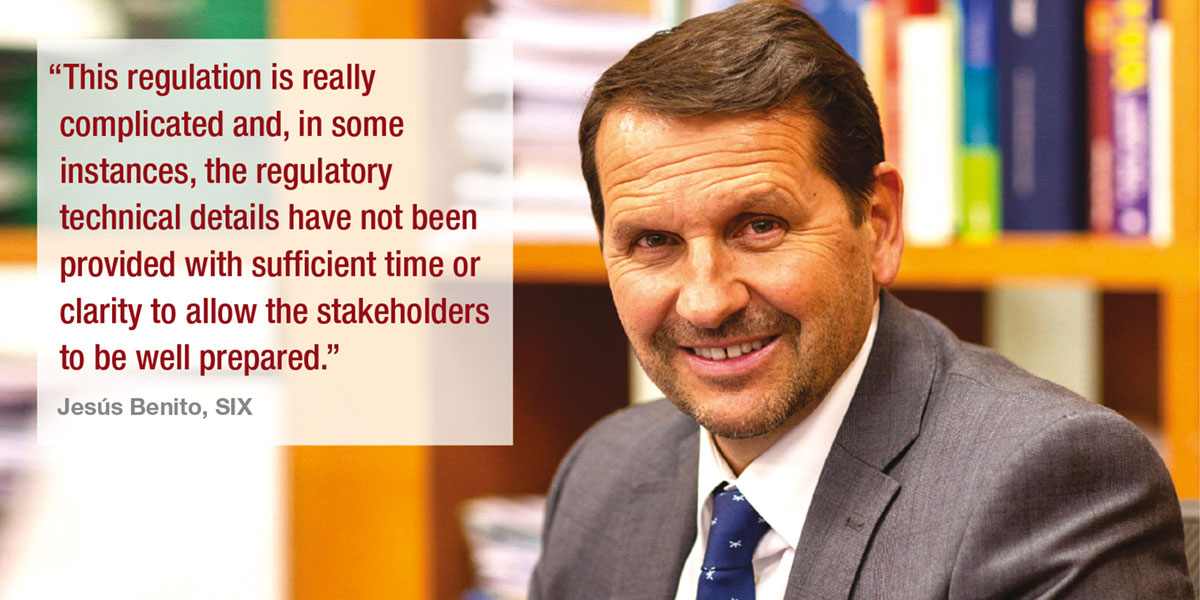 Gill Wadsworth explains why the regulation is still a work in progress after all these years.

The path of European regulation never runs smooth nor is it rapid. It has taken eight years for the Central Securities Depository Regulation (CSDR) to come into force after numerous setbacks and disputes.

From February this year, all trades settled on a European Central Securities Depository (CSD) must complete on-exchange trades within two days of the transaction date. Failure to do so will mean financial penalties.

As the first regulation to enforce such punitive measures for poorly executed settlements, CSDR’s objective is to make the buy and sellsides more efficient. Yet that objective is in doubt as even despite all the delays and rewrites, the regulation is still not complete.

Jesús Benito, head BME CSD Iberclear at SIX, says: “We can expect teething problems as from 1st February. This regulation is really complicated and, in some instances, the regulatory technical details have not been provided with sufficient time or clarity to allow the stakeholders to be well prepared.”

ESMA amended the CSDR in November 2021 to delay the mandatory buy-in regime past the 1 February 2022 go live date. This was followed by a ‘no action’ letter on the 17 December 2021 asking national competent authorities not to enforce the supervisory actions regarding mandatory buy-ins.

“While cash penalties for settlement fails are now enforced, there is still uncertainty over when mandatory buy-ins will be implemented with revisions beginning in April. Many firms have said the existing rules are inadequate which could lead to less efficient markets; the opposite of the CSDR objective to create best practice in the industry by achieving settlement efficiency with shorter settlement times,” Flood says. 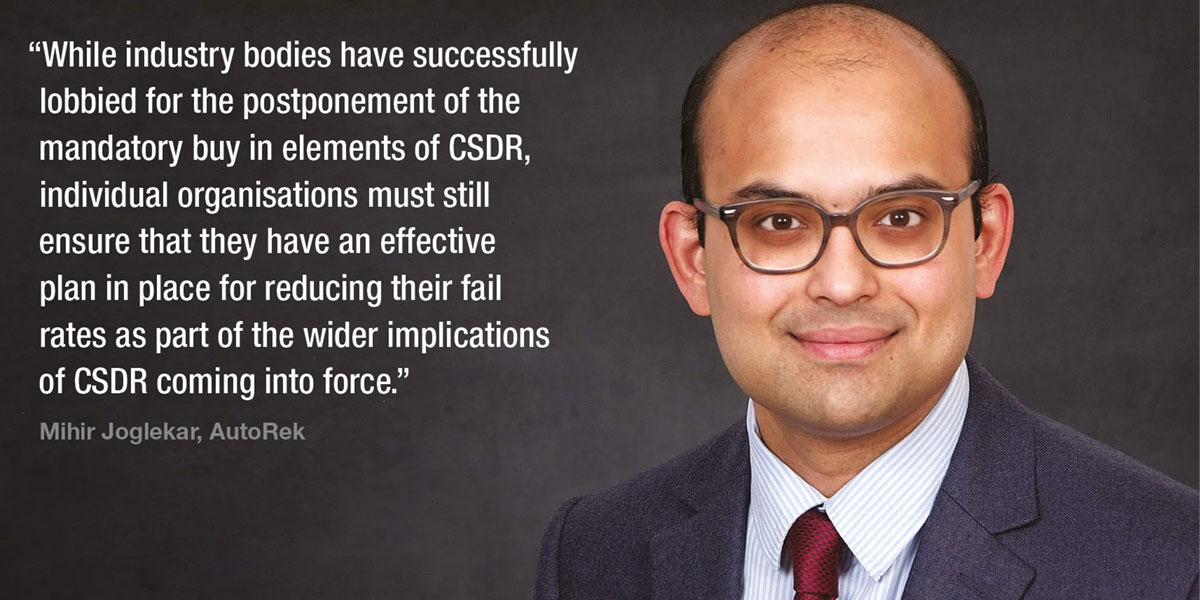 However, Mihir Joglekar, business analyst at software provider AutoRek,  believes mandatory buy-ins will come into force eventually, and organisations should be prepared. “While industry bodies have successfully lobbied for the postponement of the mandatory buy in elements of CSDR, individual organisations must still ensure that they have an effective plan in place for reducing their fail rates as part of the wider implications of CSDR coming into force,” he adds.

There is also concern that even though the financial penalties are now in place, it is not entirely clear who should pick up the bill.

As Simon Hughes, director and securities practice lead at Quorsus, puts it, “There is a factor around the CSD capability to have 100% accuracy on penalties and since go-live there have been reports that this isn’t the case. This adds an additional demand on participants to validate and contest penalties.”

He says this might lead to questions around the true validity of penalties. 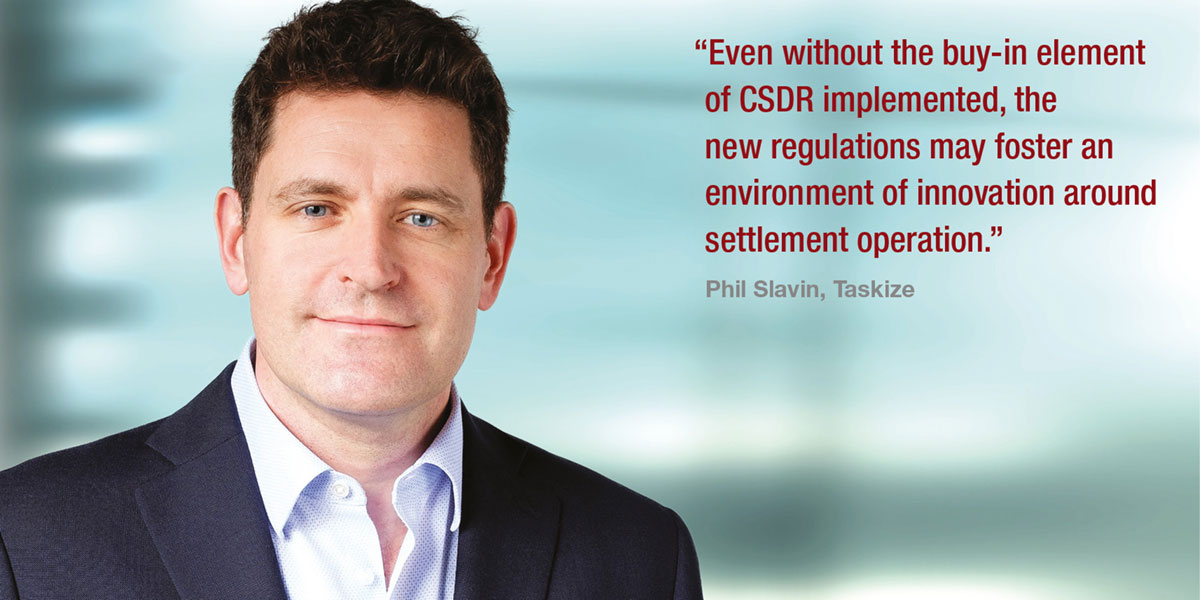 “A CSD penalising those they deem responsible for a failure may not be truly accurate as the full picture isn’t necessarily available in terms of the knock-on effect of a failure. There needs to be more observation on the penalties being applied.”

Phil Slavin, CEO and co-founder of Taskize, which provides intercompany workflows, agrees that the primary area of uncertainty for CSDR is the calculation of penalties and the subsequent step of deciding how and when these should be passed on to clients.

“This is primarily because the root causes of fails are not always clear cut. Fault ownership is a sensitive problem as individuals will have different perspectives on who should ultimately pay the penalty,” Slavin says.

The challenges do not stop there, either. The UK’s exit from the EU has allowed the state to sidestep CSDR domestically, but it still must comply when operating with its European neighbours thereby creating more complexity for organisations working in both jurisdictions.

Flood says: “There is uncertainty with how CSDR would apply to non-EU states. With CSDR not being on-shored in the UK, firms will need to wait to see if plans develop for a UK framework on settlement discipline during 2022 and what the divergence with the EU may be.”

All this complication might lead an observer to question whether CSDR will bring any benefits to the settlement regime at all.

However, industry commentators are optimistic that the rules will have a positive impact.

Slavin says that while it is ‘still very early days’, market participants have made effort to comply with the new regulation and reduce the incidence of penalties.

He adds: “Even without the buy-in element of CSDR implemented, the new regulations may foster an environment of innovation around settlement operation. This is evidenced by firms looking to deploy AI and machine learning on historic trades with a view to anticipating fails before they occur. Creating actionable data and sharing this across companies is a powerful predictive process for improving settlement efficiency between counterparties.”

Slavin says firms are also looking at ‘root cause analysis’ to try to further mitigate fails, at the same time using platforms that provide inter-company workflow for reducing resolution times. 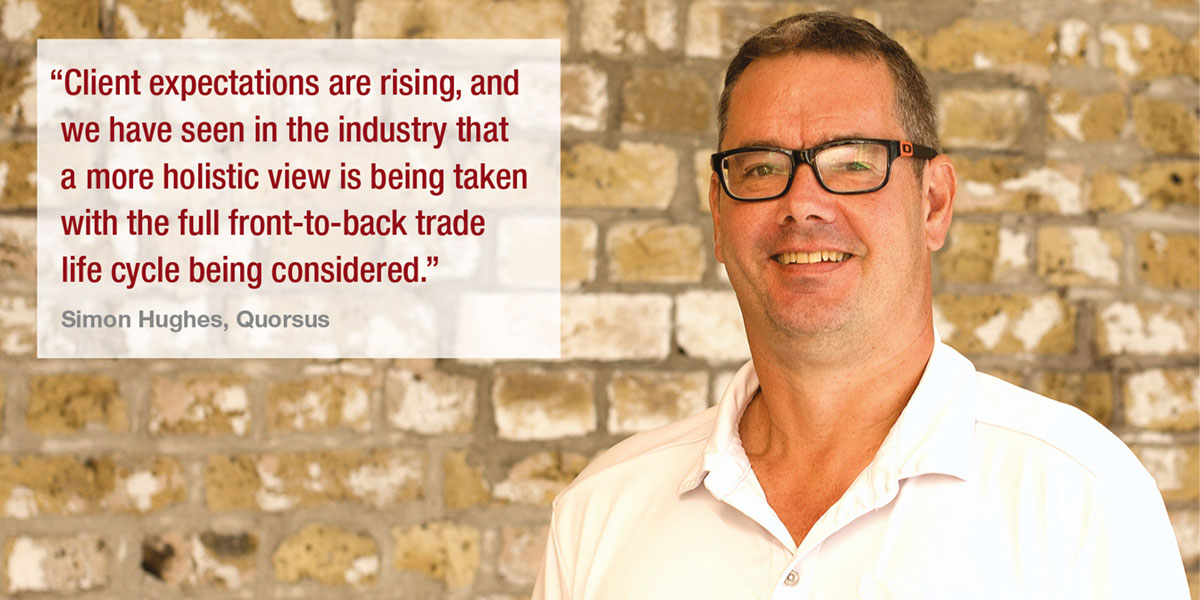 Meanwhile Quorsus’ Hughes says the CSDR represents a ‘great opportunity’ for managers to drive process improvements internally and with their counterparts.

Hughes says improved transparency means managers will have an additional understanding of their failed trade costs. “I would expect them to take into account the cost of a penalty for one business day versus the cost of a borrow that could prevent or minimise the length of time of a fail,”he adds.

He also believes CSDR will force managers to automate leading to improved efficiency.

Hughes notes that CSDR has led to a greater appreciation of the full trading cycle with managers looking at the front and back offices simultaneously.

“Client expectations are rising, and we have seen in the industry that a more holistic view is being taken with the full front-to-back trade life cycle being considered. As such, participants are looking for automation and this is resulting in a real drive towards achieving optimal process efficiency,” he says.

For the industry to be able to build on this positive momentum under the new CSDR regime, organisations must continue to improve workflows.

Slavin says: “Central to the regulation having the desired effect is improving the flow of information between counterparties that will help to not only resolve penalties and appeals but reduce the incidence of fails in the first place. This means it is absolutely crucial that banks and asset managers implement purpose-built workflow platforms specifically designed to improve operational efficiency as well as move away from the use of email for issue resolution.”

He adds that in future not only will these steps ensure a reduction in failed trades over time, but also improve settlement operations and prepare the market for the move to T+1.

The CSDR remains a work in progress with additions still to come. The industry will have to prepare for more changes and a shifting implementation timeline, and hope that, eventually, benefits to the settlements regime outweigh the challenges.