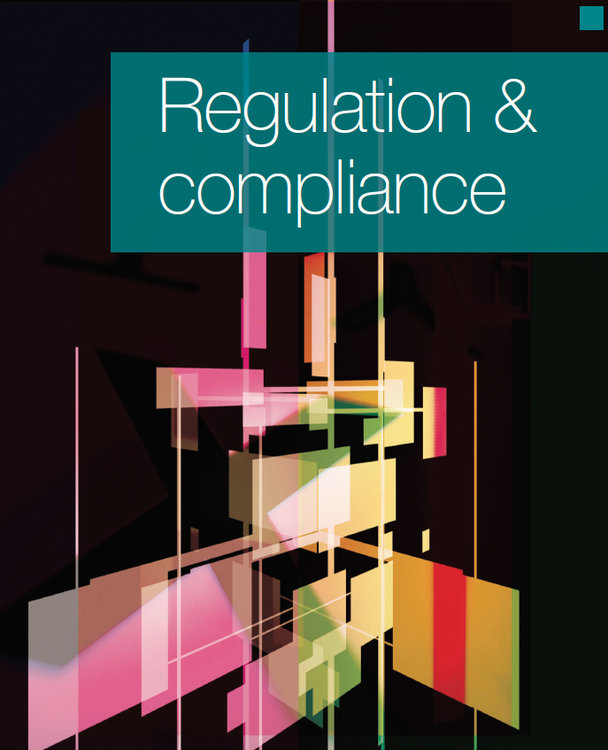 THE MANY MOVING PARTS OF MIFID II.

Gill Wadsworth assesses the post MiFID II landscape to date and the gaps still needed to be filled.

The arrival of MiFID II has been likened to receiving an incomplete 1000-piece jigsaw. Parts of the set arrived at different times and from different sources, yet the financial services industry is still expected to piece it together.

This analogy, from Nels Ylitalo, director of product strategy and regulatory solutions at FactSet, is in part prompted by the European Supervisory and Markets Authority’s (ESMA) decision to delay parts of the directive just before the regulation was due to come into force.

In December ESMA relaxed requirements for markets participants to have a legal entity identifier (LEI), which acts as a kind of badge of legitimacy. Initially the regulations had seemed incontrovertible: no LEI no trade. But in December – days before D-day, ESMA introduced a six-month grace period.

This was a significant relief for those companies struggling to meet the LEI requirement. Many players especially smaller ones without the formal paperwork were struggling to play. 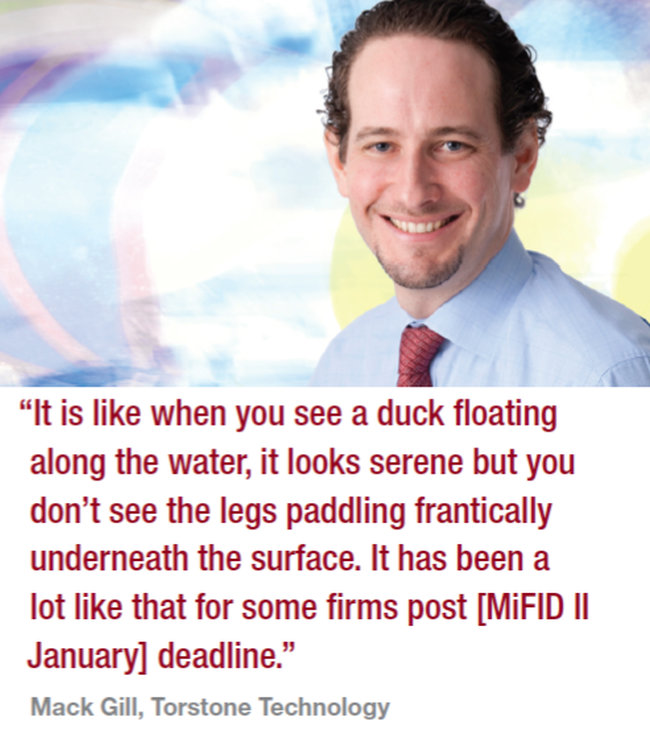 However, the organisations that were fully expecting the ‘no LEI, no trade stipulation’ to be in force from January 3, have systems that automatically refuse to work with unlicensed businesses. This creates something of a perverse situation where firms who are compliant with MiFID II may be worse off than those who are not.

Ylitalo said: “The surprise announcement of a phase-in period for LEI requirements carried other consequences in its wake both for national authorities and firms whose systems had been built to accommodate the strict ‘no LEI, no trade’ rule.”

This is not the ideal start to a piece of legislation that has been plagued by delays, rewrites and has been seven years in the making.

Ultimately its aims are laudable. Improving transparency, efficiency and ultimately confidence in the financial system are critical for the industry if it is to avoid repeating mistakes of the past. Importantly, too, it empowers investors to better compare costs, and to understand what is happening to their money at all stages of a trade.

But there is just so much data that financial services companies must track, formalise, standardise and report that in some cases they are struggling to keep up.

Mack Gill, chief operating officer at Torstone Technology, a global provider of cross-asset securities and derivatives post-trade processing technology, said: “It is like when you see a duck floating along the water, it looks serene but you don’t see the legs paddling frantically underneath the surface. It has been a lot like that for some firms post [MiFID II January] deadline.”

The enormous data reporting requirements are at the heart of challenges for many firms. MiFID II, under RTS 27, requires firms to demonstrate that they have taken all sufficient steps to ensure best execution. They must, at no cost, publish information for the public revealing details about price, costs, speed, and likelihood of execution for individual financial instruments.

For some organisations the sheer number of products they hold and the transactions they undertake make meeting these reporting requirements quite an undertaking.

Dermot Harriss, senior vice-president, global head of regulatory solutions at data management provider OneMarketData, says: “In the area of best execution reporting, RTS 27 especially, firms have struggled with all the data marshalling, field mappings, and the symbology mapping. The best execution rules have created a much broader data management challenge than previous regulations or other aspects of MiFID II.”

It is possible for firms to use Approved Publication Arrangements (APAs) or assisted reporting which take the heat out of having to produce reports themselves by passing responsibility to a third-party. But even this is not without challenges. 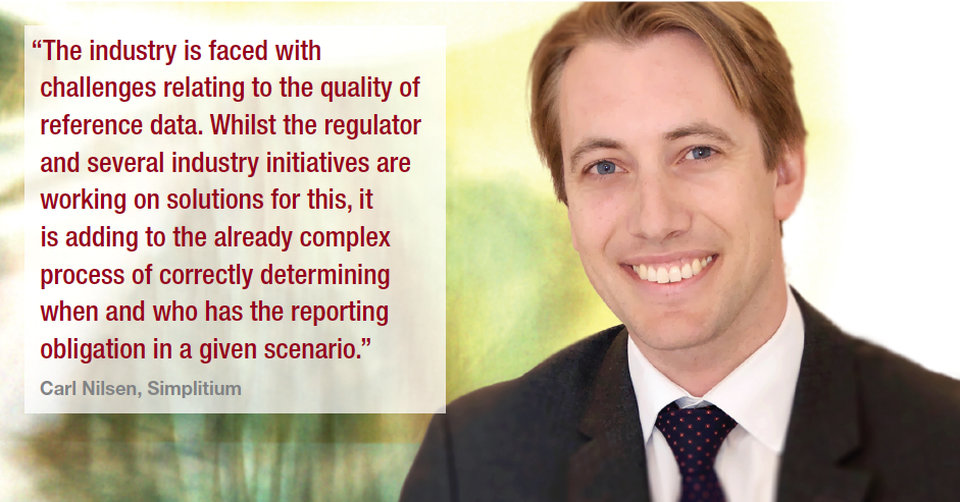 Carl Nilsen, director of sales at Simplitium, which is helping firms meet their MiFID II transparency requirements, said firms are struggling to provide clear data. “The industry is faced with challenges relating to the quality of reference data,” he adds. “Whilst the regulator and several industry initiatives are working on solutions for this, it is adding to the already complex process of correctly determining when and who has the reporting obligation in a given scenario.”

He notes that this situation makes it ‘more difficult for firms to meet their obligations in line with the deadlines set by the regulator and impacts the completeness and quality of transparency reports’.

While the struggles for financial services firms are clear, there is no running from MiFID II. Thus far the regulators have not penalised business for compliance failures and, as long as firms show they are trying to get in line, the supervisors have been pragmatic. However, such pragmatism cannot last forever.

“We don’t know how things will look six months from now but it will likely settle down in the second half of the year,” says Gill. “As regards enforcing compliance, look at MiFID I and MiFIR – material fines were put in place by regulators for non-compliance, affecting big industry participants. We could see this happen in the second half of the year as MiFID II beds down.”

Compliance issues have been felt globally, but US businesses were expected to have it harder than their European counterparts since their domestic regulations do not follow the EU’s approach. Commentators though observe that US firms have responded well to European rules.

Mehdi Sunderji, managing member at Nucleus195, a research provider for asset managers says, “It had been all too easy for US firms to dismiss the new [MiFID II] regime as irrelevant outside of the EU borders. However, in the last few months we have seen unbundling recognised as global best practice and adopted by many US managers.” 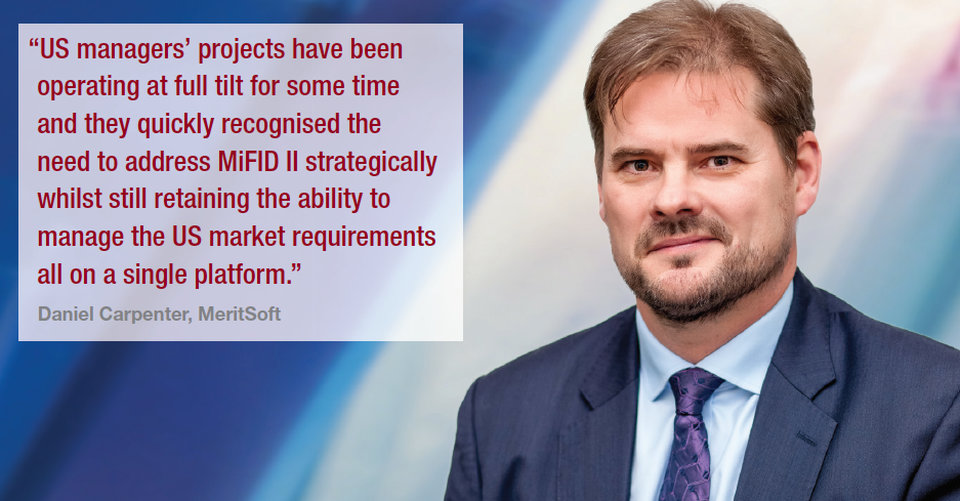 Daniel Carpenter, head of regulation at MeritSoft which provides back office systems, agrees US firms are responding well to unbundling demands. “US managers’ projects have been operating at full tilt for some time and they quickly recognised the need to address MiFID II strategically whilst still retaining the ability to manage the US market requirements all on a single platform,” he adds.

Jack Pollina, head of global commission management at electronic equities broker ITG argues that the US regulatory regime has not seen asset managers favour a bundled approach to research costs. He said US companies have embraced commission sharing agreements (CSA), which can be developed to work under MiFID II’s unbundling requirements.

“I respectfully disagree with the notion that US regulation favours bundled research. While bundled trading is widely used, 85% of asset managers in the US use CSA to pay a portion or much of the research cost,” he adds. However, Pollina concedes that since MiFID II, he has ‘definitely seen a growth in full unbundling across the US’.

Financial services companies are coming to terms with MiFID II and in many cases real progress has been made, but the regulation remains challenging to implement. The impositions on companies are huge and will take a long time to get right. Meanwhile the macro political environment does nothing to ease the situation. Even before Brexit, MiFID II was trying to unite a fragmented system; as the UK prepares to leave the EU, there may be yet more challenges ahead.

However, the regulation is unlikely to be derailed and that 1000-piece legislative jigsaw should be completed eventually to give the EU a truly transparent financial system.