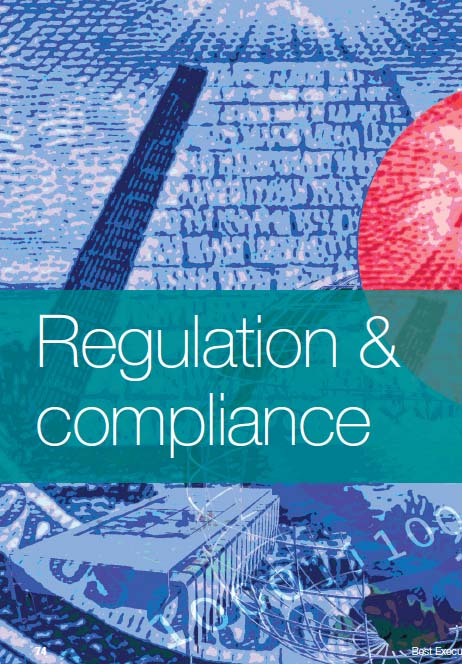 Although seemingly hitched to an endless reset button, MiFID II looks to be as transformational as its predecessor, MiFID I. The breadth of the directive’s scope and the depth of clarifications required to understand its reach takes it into new territory. Francesca Carnevale asks if everyone is prepared for the consequences of its implementation?

The teenage years of each century brings its own brand of change. In the 20th century it was about politics, de-industrialisation and advances in transportation, with all the wars and social change that implied. This century it’s about climate, technology and finance, which in combination will generate its own paradigm shifts. MiFID II is firmly in this change set, helping define two of the century’s drivers, at least in a European context and maybe even a little outside it – after all, much of its remit is set by G20/FSB prescriptions. 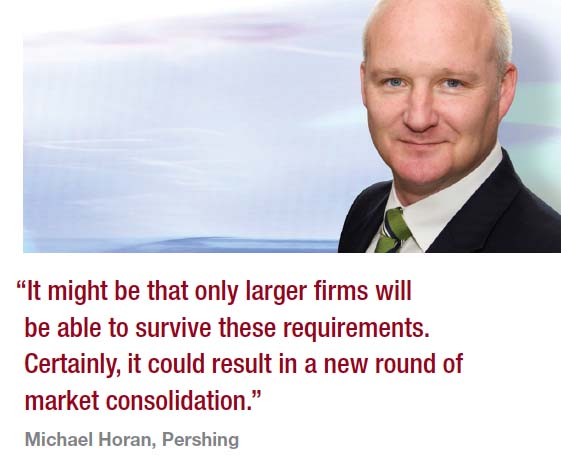 The current effective go-live date across Europe is January 2nd, 2018 and while some firms remain indifferent or in denial, others, particularly tech providers, are hitching their operations to MiFID II’s star. Longer term, in the UK, Brexit clearly offers an opt out; though the Financial Conduct Authority (FCA) is insistent that unless it specifically says different the UK’s securities markets should assume blanket compliance with EU market directives.

Algorithmic and high-frequency trading, direct electronic access, market data and OTC markets are a smattering of the specific areas addressed by MiFID II. Its importance lies in that it touches all trades, all traders and all assets. Moreover, it tries through a complex web of rules to achieve efficient, transparent and by extension ‘safer’ trading. Whether all these elements are conducive to globally competitive (i.e. cheaper) and open and free markets where perfect price discovery is a constant is moot, particularly as MiFID II is not alone in exerting a regulatory burden on both the buy and sellsides.

As Matt Gibbs, product manager at Linedata points out, “with both the Securities Financing Transactions Regulation as well as initial margin requirements for non-centrally cleared trades under EMIR also requiring attention, the process of responding to regulations on an individual basis [is] proving both costly and time consuming.”

Just how costly was highlighted by a straw poll of 25 banks and asset managers by PA Consulting in late September 2016. Respondents variously estimated the cost of MiFID II compliance to range between less than £3m to over £20m. Three quarters thought the directive’s transparency requirements were the most expensive to meet, while transaction reporting was the least costly because it could be readily outsourced.

Even so, the effective harnessing of market data to secure best execution of trades is a touchstone of the directive. Dermot Harriss, head of development for market surveillance at OneMarketData says any effort to secure MiFID II’s legacy lies in best execution; but that achieving it is not easy and the quality of underlying market data is essential for proving it. “Clients really want to see it, and to achieve best execution you need data, data storage, record retention and data reconstruction. MiFID II will take Europe a long way towards best execution, though some questions remain open. How do you, for example, effectively price illiquid trades, particularly in markets that were once OTC?”

Harriss says the opportunities for firms such as OneMarketData to innovate compliant products that help the market meet both best ex and transparency requirements have multiplied in the run up to MiFID II’s go live date. “There’s a certain hesitancy about what best execution might mean, and from our discussions in the market many firms across Europe are still looking for guidance in terms of both definitions, measurement and reporting,” says Harriss.

Michael Horan, head of trading services at BNY Mellon’s Pershing agrees and explains some of the scope for support: “Best execution is always about process, and MiFID II requires ‘sufficient’ efforts – as opposed to ‘reasonable’ previously – by market participants to deliver it. Firms also must be transparent in the venues they utilise (by value), the trading strategies they employ and their best execution statistics. However, there is still some legroom in how these terms can be interpreted.”

One drag from MiFID II is the money that will inevitably be diverted towards compliance, and its application of compliance, across the whole firm and away from investing in growth. Horan acknowledges the consequent dynamic: “The common theme for firms large and small is the high cost this could entail and it might be that only larger firms will be able to survive these requirements. Certainly, it could result in a new round of market consolidation. Of course, firms can outsource some functions to third-parties for example to analyse trades, but even small firms must record all calls.”

He adds that “moreover, regulators are looking at trades in a granular way; for example, looking to have a consolidated view of trading at a given point in time, which involves synchronisation of clocks to a universal time. Synchronisation of all internal applications and then introducing processes that trace trades on a synchronised basis could be problematic for some firms. It all adds up to more expense and I am not convinced that all firms are ready for or can afford this level of compliance, particularly as MiFID II covers all types of tradable securities.”

Fran Reed, regulatory strategist at FactSet points out that MiFID II should be looked at as a dynamic process and while ESMA has shown flexibility in allowing firms the legroom to find their way towards compliance, the stop start approach to implementation of the directive and delays in elements, such as the time lapse between the start of MiFID II in January 2018 and the start of the Systematic Internaliser (SI) regime nine months later (in September) belie its intentions.

“It will confuse the market as to the different ways of reporting in the interim period, involving approved publication arrangements (APAs), approved reporting mechanisms (ARMs), consolidated tape providers (CTPs) and the obvious real time stuff that MTFs and OTFs must do,” says Reed. “It will be particularly problematic for buyside firms,” he adds.

He believes the significance of MiFID II is about bringing all trades into the light of day and in that regard, Reed says, “It is vital that all buyside firms understand how the directive will affect their business and begin to implement the processes that will enable them to meet the regulator’s requirements. Particularly, given the delay in the SI assessment period, the obligation to report through an APA or ARMs will be essential for the buyside.”

Reed says that compliance with MiFID II should be viewed as a long string that will roll out over time. Even with the latest reset of implementation to January 2018, much will remain in flux he believes and remains convinced that not all firms will be ready even by the delayed implementation date. “In part this is because the directive cannot be seen or complied with in isolation from the raft of other European regulation in play (among them PRIIPs and Market Abuse Regulation) and the backdrop of a challenging market environment.”

Given the complexity and depth of the directive, both buyside and sellside will likely resort to external help to fast track compliance; and redolent of Michael Horan’s implication that ultimately compliance with MiFID II is a rich firm’s game. PA Consulting’s survey results dovetail with Horan’s view, with most respondents (78%) stressing their reliance on third party solutions to help them through, earmarking transaction reporting, record keeping and best execution as the key areas to be enabled by new technology.