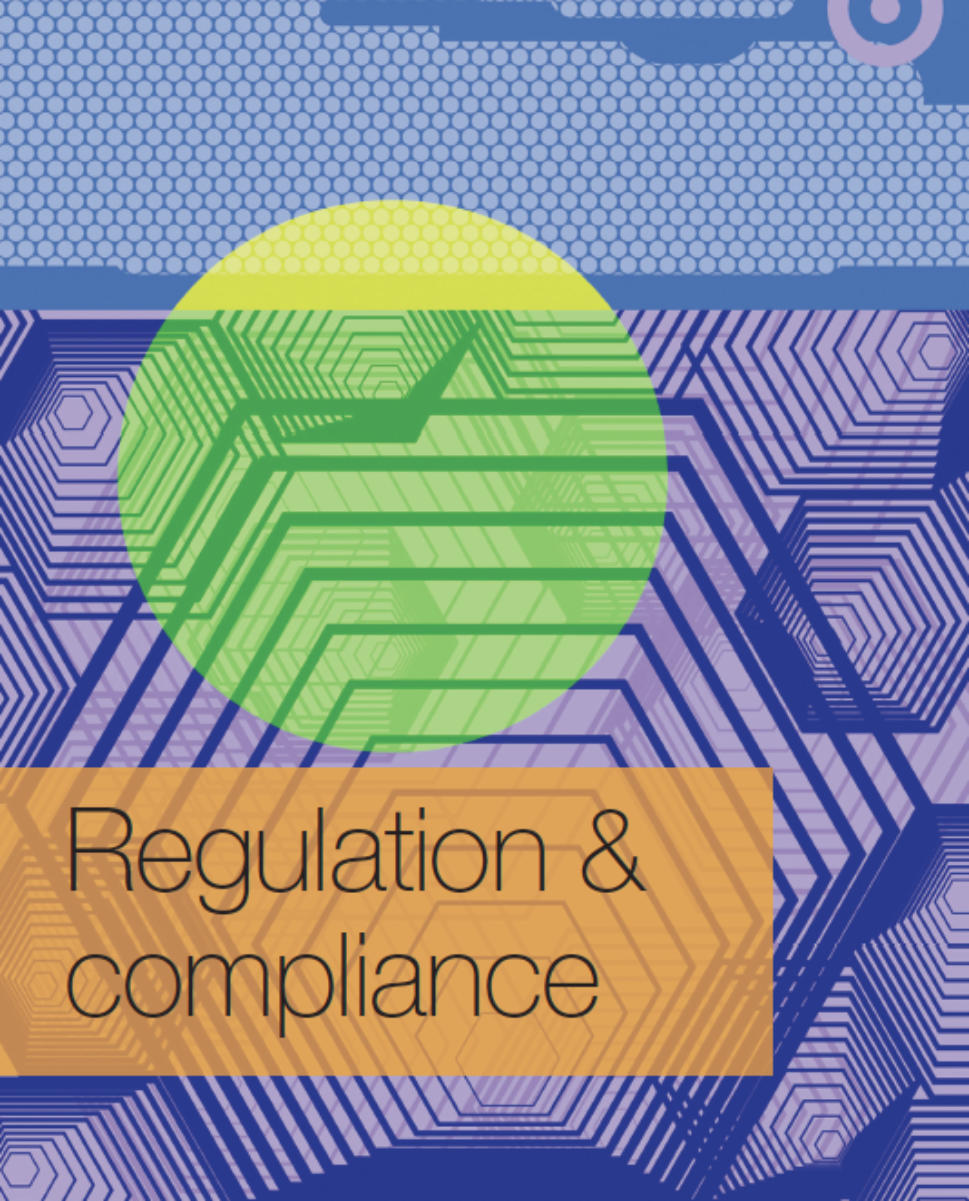 BAD BEHAVIOUR UNDER THE SPOTLIGHT.

One year on, Heather McKenzie outlines the obstacles and solutions being presented by MAR.

A year since the European Union’s Market Abuse Regulation (MAR) came into effect, buyside and sellside firms are realising the importance of capturing data from all communications channels – including instant messaging.

MAR strengthened the previous market abuse frameworks across Europe by extending its scope to new markets, platforms and behaviours. It aims to increase market integrity and investor protection, enhancing the attractiveness of securities markets for capital raising. The result is that firms are having to create comprehensive trade reconstruction, analytics, compliance and archiving solutions.

Compliance with MAR is closely related to that of MiFID II, as both regulations address the competitiveness, efficiency and integrity of EU financial markets. The new MiFID rules contain part of the regulatory framework on which MAR is based and most firms are updating their compliance efforts in tandem to ensure they can support the objectives of both

The pan-EU competition facilitated by MiFID has given rise to new hurdles in terms of cross-border supervision. Harmonisation of the rules and competent authorities’ powers in relation to market abuse is therefore a necessary step.

“With MAR reaching its one year mark in July, firms have become more understanding of its importance and benefits,” says Harriss. “Clients are beginning to see important factors in being MAR compliant, including an opportunity for revenue and among US firms, a realisation that MAR comes under best execution and MiFID II efforts and that they can monitor data with the same dashboard.”

MAR represents a “significant shift” from the previous market abuse regulatory framework, according to Daniel Simpson, head of research at operations and technology consultancy JWG. “Several elements within MAR were challenging and significant departures from the current state of surveillance firms had established,” he says. “For example, a major shift occurred when regulators moved from expecting firms to monitor for market abuse to requiring them to monitor intention to conduct abuse. This required a reworking of trade surveillance systems.”

This changes the emphasis from trade and order analytics on to pre-trade data capture, including research information and recommendations. “There has to be monitoring on a more detailed level of what traders are doing before they actually do a trade,” he adds.

Although firms are gearing up, Simpson notes that given MAR was introduced during a period of heavy regulation, the response by most firms, particularly the large global organisations, has been tactical. Longer-term solutions and amendments to systems are likely to be made after MiFID II is rolled out.

Any solution will be data intensive and according to Simpson’s colleague and managing director Blythe Barber, will involve “masses and masses of data” The new entrants to the market surveillance system market are providing holistic systems that are focused on pulling together different variations of trade data communications and incorporating human resources data to control the number of false positives that are generated. For example, data on when the trader is most active will reveal any divergence from their usual behaviour and could indicate an intention to commit fraud.

Making your voice heard and stored

Barber says capturing and storing voice communications has always been a challenge for firms, but is now required by MAR. It may be the case, he adds, that no one vendor will be able to cover all the MAR requirements and firms will create a surveillance “ecosystem”. 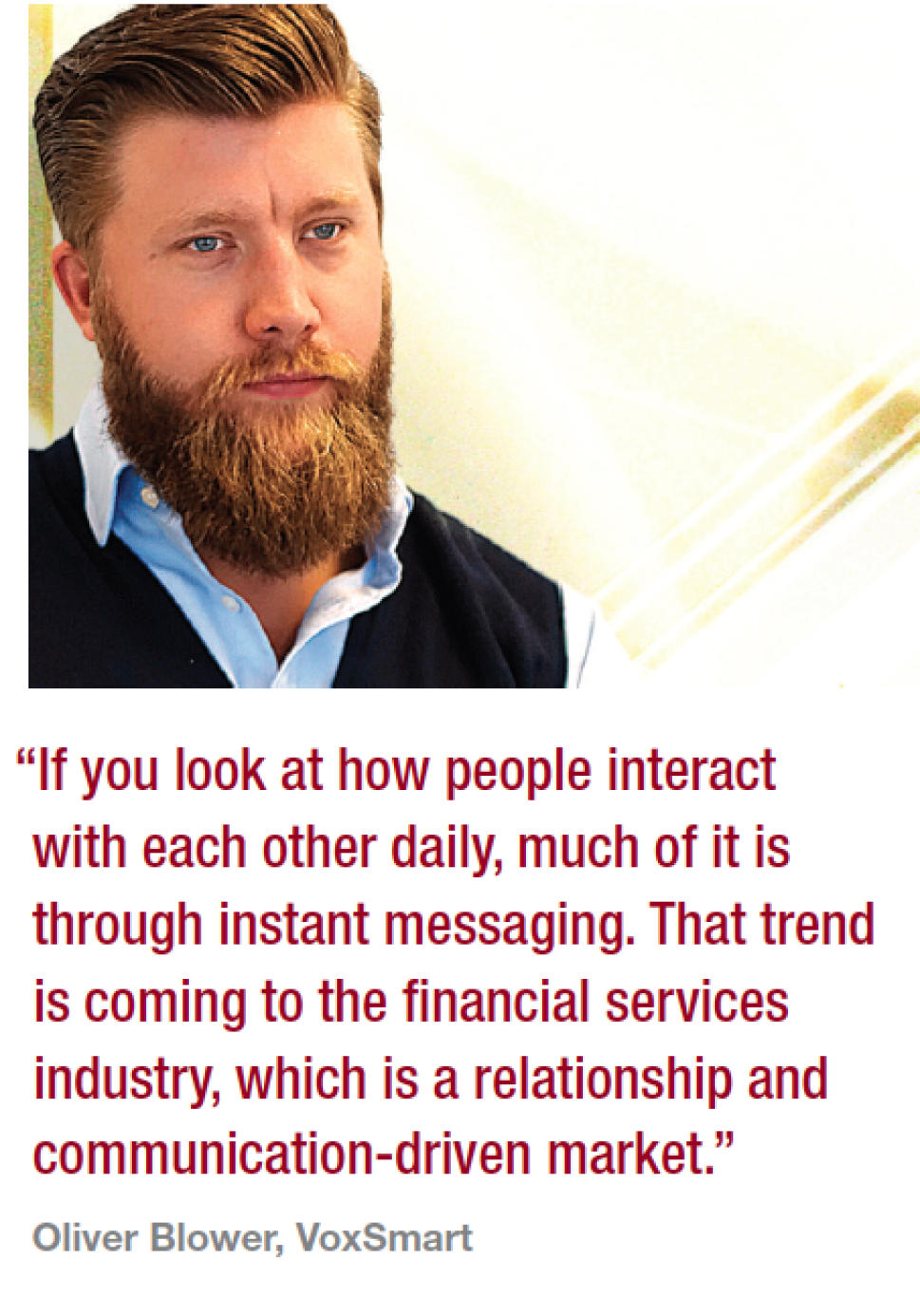 Blower believes it is important that systems are agnostic to the channel being used as this enables systems to be future-proofed against any trend that emerges. “If you look at how people interact with each other daily, much of it is through instant messaging. That trend is coming to the financial services industry, which is a relationship and communication-driven market.”

Voice recording is moving from an analogue to a very active, digital environment, says Blower. “In the past, it has taken up to three days to obtain a copy of a voice recording for surveillance purposes. In the digital world, we can deliver recordings in real time. This enables firms to build policies around individual traders, preventing them from conducting a conversation if an alert is triggered.”

The closer a firm can get to a trade, the more likely it can manage risk more effectively, he adds.

Another company that recognises the changing trend in trader communications is Fonetic, which integrates voice into its surveillance and trade reconstruction technology. In May this year, the firm partnered with Actiance, a communications compliance, archiving, and analytics company to combine their platforms for a comprehensive trade reconstruction, analytics, compliance and archiving solution. 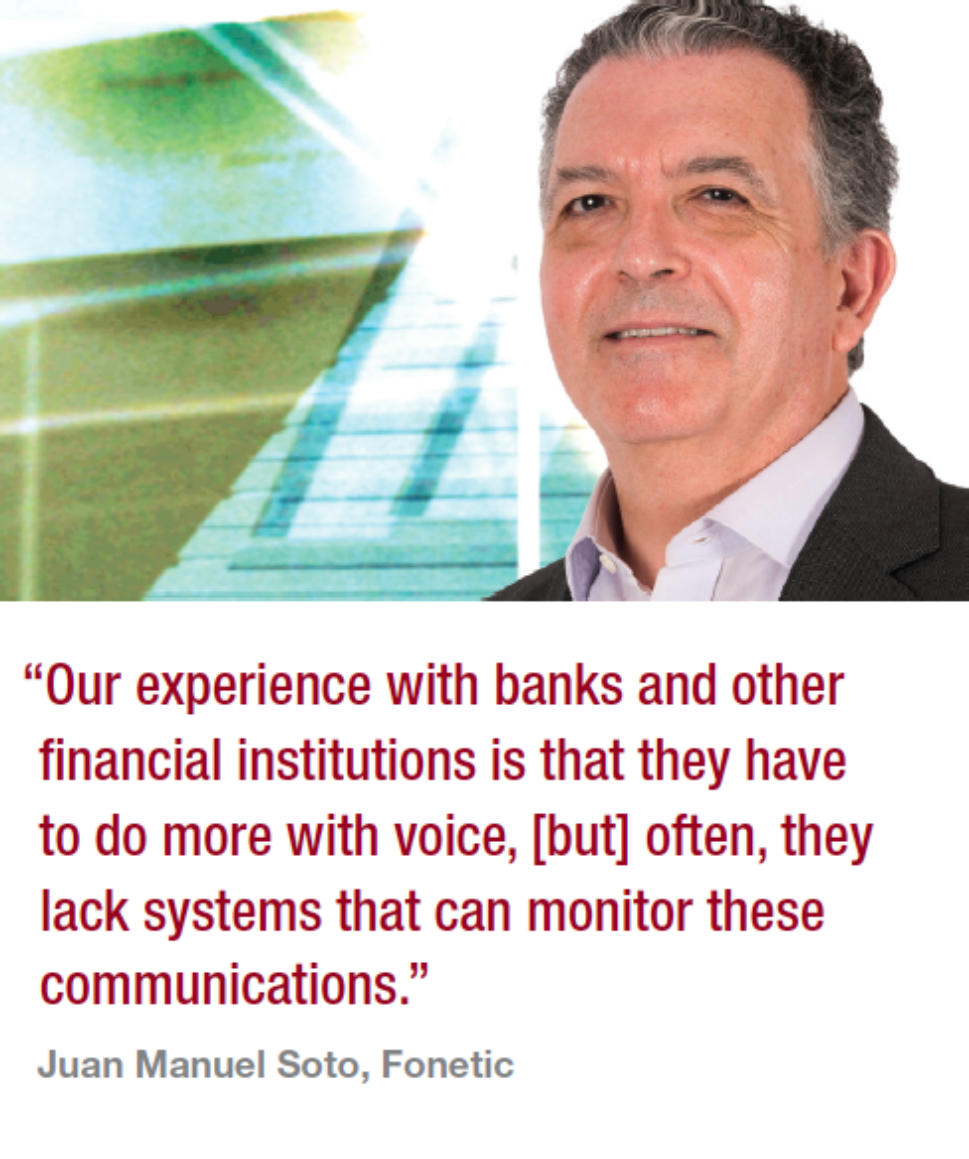 “Our experience with banks and other financial institutions is that they have to do more with voice,” says Juan Manuel Soto, chief executive of Fonetic. “Often, they lack systems that can monitor these communications, but many are now working on this.”

The challenge for firms is to break down the silos that have been created with voice calls, instant messaging, emails and other forms of communication typically placed in different repositories. “Everything is disconnected, which creates problems for firms when they want to conduct surveillance,” he says.

Fonetic enables firms to connect individual trades with all the related communications which creates an automatic trade reconstruction system. “From that moment, firms can link trades and communications and use that combined data in many processes, including investigations and the generation of alerts.”

A wider range of MAR solutions

JWG’s Barber says the technology options for firms to comply with MAR are improving, with more choice emerging in the past year. “In the longer term, more technology choices will mean greater capabilities for firms. Some of the newer entrants to the surveillance systems market will have to build trust over time as they represent a big risk for some firms at present.”

“The complexity of the data and the entity level for monitoring is very different than for the sellside, and the reasons for market abuse are not the same. The way portfolio managers are measured impacts the risk of manipulation. A typical sellside solution will not apply for that industry, which is why we developed a solution specifically for the buyside.”

The fully managed solution, RegFocus, uses algorithms and analytics to deliver a comprehensive review of all trading activity to buyside compliance teams. It monitors and detects behaviour across multiple exchanges and asset classes, including ETFs, benchmarks, indices and portfolio rebalancing activities. The result is an overarching view of all MAR regulatory obligations.