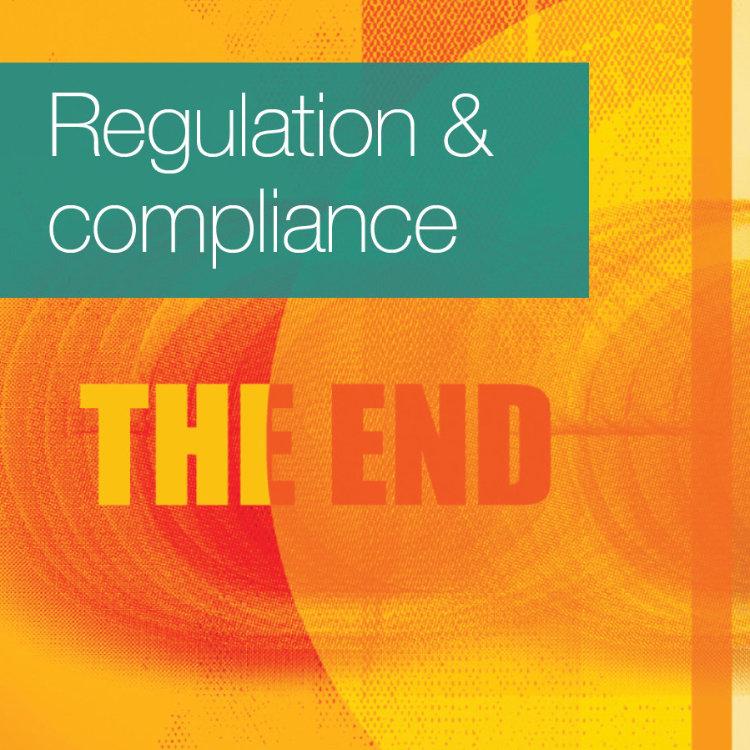 THE END IS NIGH.

Lynn Strongin Dodds looks at the challenges in reaching the Libor end goal.

Fifteen months may seem like a long time to transition from Libor to one of the alternative reference free rates, but as regulation-weary market participants know, it will fly by. Covid-19 has complicated things, but global watchdogs are determined the finishing line will remain 31 December, 2021. The challenges ahead not only include limited liquidity in the alternative reference rates (ARR) but uncertainties on term rates and operational issues.

It is estimated that there is around $350tn worth of outstanding loans and financial contracts underpinned by Libor globally, which explains why the transition has been dubbed the largest financial engineering project in history. This is because Libor is in fact not one but around 35 benchmarks. The biggest hurdles though are expected to be across the pond where there are roughly $200tn of Libor-backed US dollar-based derivatives and loans, with derivatives accounting for around 95% of the exposures.

On the surface, officials seem to be on the same page, but a closer look reveals that they are progressing at different speeds. For example, in the UK, the 30 September, 2020 deadline for banks to stop issuing sterling-based loans referencing Libor has shifted to the first quarter of 2021. The Financial Conduct Authority (FCA) has also been granted additional powers to ensure that there would be an orderly wind-up and effective switch to the sterling overnight index average (Sonia), the country’s risk-free rate (RFR) by the end of next year.

The Federal Reserve-sponsored US Alternative Reference Rates Committee (ARRC), on the other hand, has created staggered deadlines between now and the third quarter of 2021 for vendor readiness, launching alternative products and, the ultimate handover from Libor to its RFR – the Secured Overnight Financing Rate (SOFR).

UK takes the lead
“Regulators seem to be globally co-ordinated as they are invested in seeing the transition through in an orderly way,” says Umesh Gajria, global head of index linked products at Bloomberg. “The UK is ahead as the Bank of England and Financial Conduct Authority instigated the transition, and as a result have been more aggressive in setting and keeping to the deadlines. However, the UK accounts for a much smaller percentage of the overall debt market (than the US).”

Xavier Pujos, managing partner at Sionic agrees there is a divergence between the UK and US. “Sonia has been around for years and it is seen as a more acceptable way of transitioning while SOFR started from scratch and it is pretty non-existent in OTC derivatives – although there is a burgeoning futures market. Market participants would like to see a fully liquid market before transitioning over.”

One of the other complications in the US, according to Murray Longton, a consultant at Capco, is that the US is a federal model with divergences across the country. “It is not that simple and straightforward in the US because each state has its own nuances and caveats, which is not an issue in the UK”. He adds, “At the moment there is not enough active participation, making it more difficult to build liquidity in an untested market.”

The different landscape is one of the main reasons why some market participants believe that the US could have multiple benchmarks. To date, Ameribor, which is devised by the American Financial Exchange, remains popular and is used by over 1,000 US banks and financial institutions. Unlike SOFR, which is based on unsecured or collaterised loans, Ameribor contains a spread component based on unsecured loans which is more reflective of the cost of funding for certain banks.

As Pujos notes, “In the US particularly, there are market participants who do not like SOFR because it is backward looking whereas they want a forward-looking rate such as Ameribor. Ameribor already exists and is widely used by regional banks in their retail and SME banking operations. However, it is a small microcosm – nearly a niche market – in the huge sea of Libor.”

To date adoption of SOFR is slow, according to the latest report card from the ISDA-Clarus RFR Adoption Indicator which tracks how much global trading activity is conducted in cleared OTC and exchange-traded interest rate derivatives (IRD) that reference the risk-free rates (RFRs) in six major currencies. It is measured by dollar duration (DV01) or the change in price in dollars.

ARRC moves the needle
The ARRC is hoping to move the dial with its recently published best practices, setting out timelines and intermediate steps towards transition. For derivatives, the recommendations include target dates for market participants to adhere to ISDA’s recently published IBOR Fallback Protocol as well as for dealers to promote liquidity and access to SOFR derivatives.

ISDA’s protocol is an update to its 2006 definitions and provides a roadmap for counterparties to implement robust fallback language for legacy transactions under Libor. For example, its fallback rate for US dollar Libor would be adjusted to SOFR plus a spread adjustment. Based on the results of recent consultations, in the amended 2006 Definitions, SOFR will be based on the compounded setting in arrears rate with a five-year historical median approach for the spread.

However, according to Fitch Ratings, the various delays in creating a robust SOFR-based derivatives market have raised the risk that the corresponding creation of a SOFR term rate will not happen far enough ahead of the deadline. “This would materially increase various risks facing US financial institutions, including operational, reputational, economic, and legal risks,” the ratings agency said.

Time to prepare
As with all regulation, there are various levels of preparedness across the industry. A recent poll by financial consultancy Duff & Phelps shows that 65% of firms have not completed planning while one in five (20%) admitted they have not started the process. To date, the majority have said that Covid-19 has had little or no impact on their Libor transition progress. 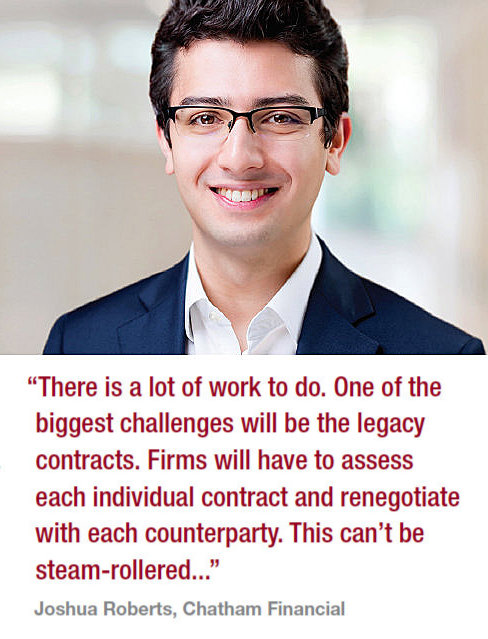 Joshua Roberts, associate director, hedging and capital markets at financial risk management firm Chatham Financial echoes these sentiments. “There is a lot of work to do,” he adds. “One of the biggest challenges will be the legacy contracts. Firms will have to assess each individual contract and renegotiate with each counterparty. This can’t be steam-rollered as you need their consent and there are many bilateral agreements to work through.”

In general, buyside firms and banks are getting ready while large corporates are more prepared than their smaller counterparts who may not have the bandwidth to focus on it given the disruption caused by Covid-19, according to Ed Moorby, risk advisory partner at Deloitte.

He adds that it tends to be more clear-cut for asset managers because they are mostly focused on derivatives and contracts while banks and corporates also have to deal with loans and borrowing costs “The use of Libor may be more straightforward for asset managers but the clock is ticking for all firms and they need to get on top of it,” he says. 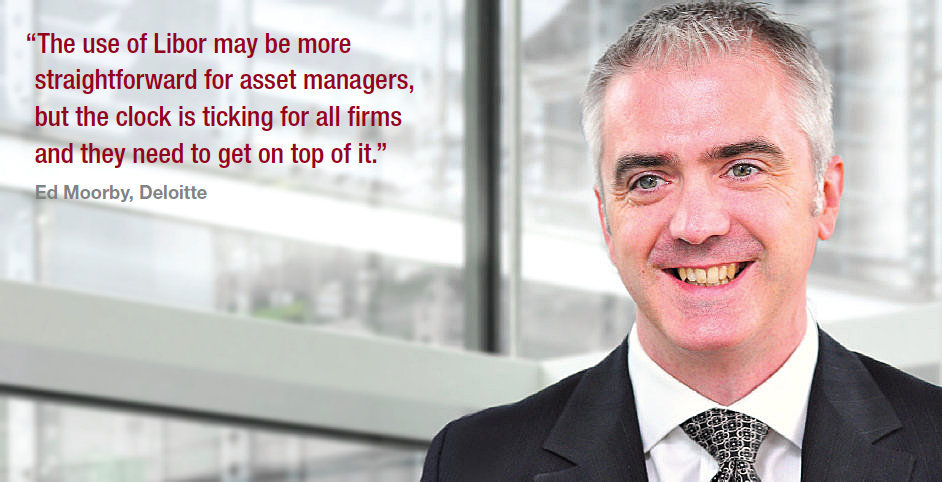 Gajria notes that market participants are moving at their own pace depending on their size, scale and their requirements in terms of using cash or derivatives. “There are different levels of need in loan issuance especially in times of stress and whether they are dealing in the cash or derivatives markets,” he adds. “We are seeing firms that are more sophisticated and operationally ready with automated processes, but there are also those that have more manual processes. The most important thing is for firms is to look at what is in their inventory, their exposures and to assess what they need to do to transition.”