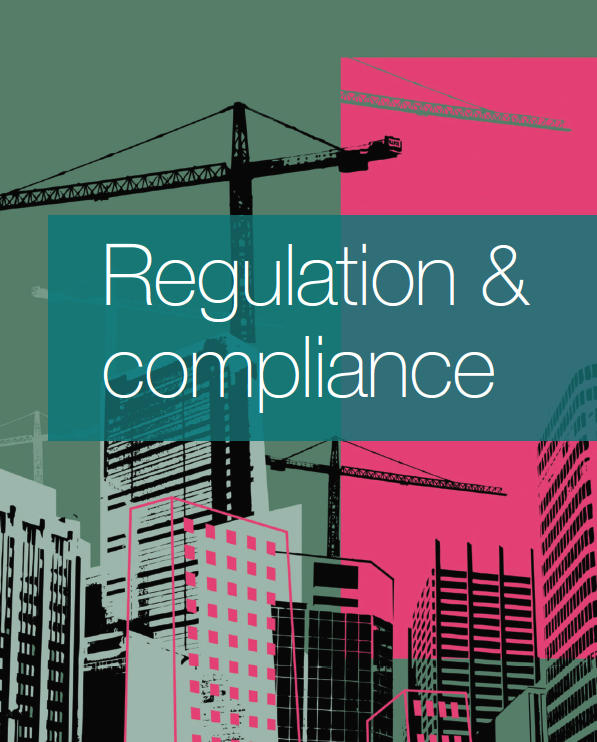 Gill Wadsworth assesses the highs and lows of the MiFID II implementation and the gaps needed to be filled.

Anyone who remembers the Millennium Bug will most likely do so with an amused fondness. In 1997, warnings emerged that the world’s computer systems would fall into meltdown because technology could not cope with a turn of the century date change.

As it happened, when clocks struck midnight on 1 January 2000, nothing happened. For some, the lack of technological Armageddon epitomised the typical hysteria associated with a shift to anything new. However, the reality is many millions of IT hours and a staggering amount of money were spent ensuring companies and individuals could move into the millennium without incident.

The same may well be said of MiFID II. Fifteen months have passed since what was described as ‘the single largest piece of financial legislation for a lifetime’ has passed into statute, and all still seems well. However, MiFID II is a work in progress and commentators are keen to point out that much is yet to come out in the wash.

Gerard Walsh, head of development, institutional brokerage at Northern Trust, says MiFID II’s smooth transition is to be commended, but warns of challenges ahead. “We are only 14 months into implementation, there is much more with which we must comply and comprehend,” he adds.

The most recent concern relates to open access trading which allows derivatives to be traded at one venue and cleared at another. This is a popular concession in London, but other European countries are less enamoured. If the UK is no longer a part of the EU, its voice in what should or should not be part of MiFID II seems rather diminished.

The tasks at hand

Attempting to make calls about the UK’s influence in Europe seems futile given the ongoing Brexit uncertainty. Instead the industry needs to focus on the knowns and make assessments about how MiFID will proceed with other challenges as they emerge.

Trading venues is one area that needs attention. Systematic internalisers (SIs) were among the first to demonstrate teething problems. These were accused of bringing some disparity to the system; a criticism that appears to run contrary to the directive’s core equality objective. MiFID II extended SIs’ reach to include bonds and at the same time ensure that internal trading did not undermine that done on external venues.

For more than a year, the European Securities and Markets Authority (ESMA) has been aware of misgivings about SIs’ advantages over other trading venues. Speaking in March last year, ESMA chair Stephen Majoor acknowledged that SIs were increasing market share while not being obliged to follow the same rules as other venues. For example, they are not subject to the tick size regime applicable to trading venues in the EU for equity instruments, allowing them to offer marginally better prices than other trading venues.

Majoor said: “There are concerns that the attractive environment for trading on systematic internalisers may ultimately result in changes in the market structure away from trading venues.”

At this point ESMA proposed that SI quotes adhere to the same tick size requirements imposed across the board.

More than nine months after ESMA’s response, the International Capital Market Association’s (ICMA) fourth quarterly report – published in 2018 – revealed buyside and sellside do not think there has been any improvement in price transparency, or that liquidity has increased. In effect, MiFID II has not resulted in a level playing field between trading venues.

One ICMA member told the association: “It is more the case of the opposite [of a level playing field]. The SI regime has made some smaller players re-consider business due to implementation costs.”

SIs and the buyside 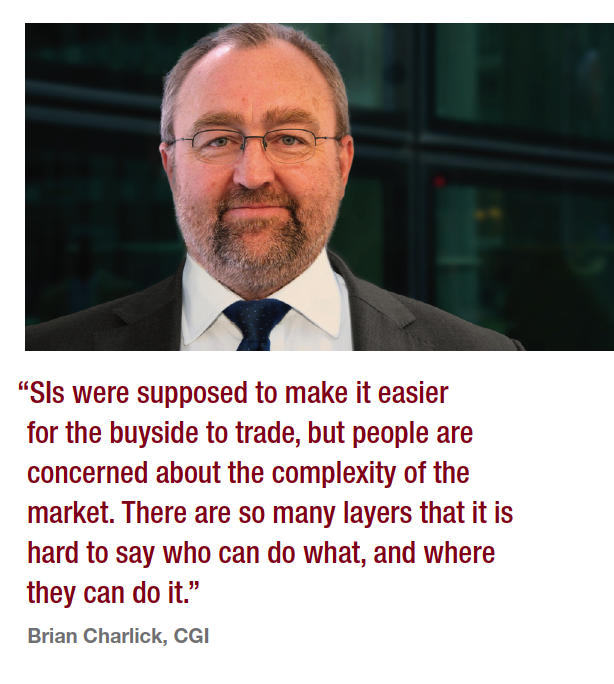 The MiFID II SI regime is also accused of making life more difficult for the buyside. “SIs were supposed to make it easier for the buyside to trade, but people are concerned about the complexity of the market,” says Brian Charlick, principal consultant at CGI “There are so many layers that it is hard to say who can do what, and where they can do it. It is more confusing and there is more for everyone to watch and monitor.”

However, some commentators are positive about the SI regime. Christian Voigt, senior regulatory adviser at ION Markets, describes this SI inequality as ‘minor’, and remains confident that SIs are a valuable part of European trading. “Systematic internalisers have undergone significant enhancements due to MiFID II,” he says “As those changes are settling in, minor issues such as tick size are emerging and require some fine tuning. Overall, it is positive that regulators updated the SI regime allowing the formation of compliant alternative liquidity pools servicing the buyside.”

Voigt says it is important that the industry remains positive about SIs since they allow the buyside to interact directly with liquidity providers in a fully regulated and transparent manner. “It is crucial for the buyside to have access to a large and diverse selection of liquidity pools,” he adds. “Systematic internalisers are a vital part of such an ecosystem”.

While much of the focus has been on the SI regime, other trading venues are also making noise post MiFID II. Periodic auctions in particular have proved a success. “Trading venues embracing regulator change were able to attract new business and generate growth,” says Voigt. “A good example is the periodic auction, which quickly captured a considerable market share and established itself as a meaningful source of liquidity.”

However, like SIs, periodic auctions may see the MiFID II goalposts move after ESMA released a call for evidence on periodic auctions in November last year. Since MiFID is all about improving transparency, trading volumes conducted through dark pools are subject to the double volume cap (DVC). The regulator is concerned that frequent batch trading on periodic auctions are being used to ‘circumvent DVCs’ and as such wants to close any perceived loopholes.

ESMA is also exploring the introduction of consolidated tape – which would bring greater clarity around all trades, whether at SIs or periodic auctions. Ben Springett, head of European electronic and program trading at Jefferies, says “Despite its broader objective of increasing transparency, MiFID II failed to deliver a consolidated tape. A combination of this gap and varying interpretations of regulation around trades eligible to be reported as SI, has not brought the desired clarity.”

Charlick though is confident that periodic auctions will not lose their shine. “The auctions are working well,” he says. “There are going to be minor problems with it which is to be expected as they’re brand new. I still think they will be one of the triumphs of MiFID II.”

While ESMA revisits the rules, commentators predict likely consolidation among trading venues as providers struggle to keep pace with MiFID II’s requirements. Jason Waight, head of regulatory affairs at MarketAxess, says alongside this trend, it may be harder for new players to join. “The cost of operating under MiFID II has increased and that raises the barriers to entry. [MiFID II] does not make it impossible to become a trading venue, but it may be harder.”

Consolidation may be accelerated by what Walsh argues is specialism among trading venues. He likens the market to food retail, comparing the big investment banks to the likes of Tesco and Sainsbury’s. He argues that the big players offer access to broad markets at lower prices. Alternatively, Walsh compares smaller trading venues with artisan food shops or farmers markets, offering specialist deals at higher prices.

“That specialism is solidifying in a concrete way under MiFID II, which means execution is delivered by certain venues to certain clients,” Walsh says.

Whether this proves to be a positive outcome, remains to be seen.

The lack of chaos post MiFID II is – as with the Millennium Bug – testament to how much work was completed before deadline day. The challenge now is keeping up with glitches and hitches that arise post implementation date. There is still more to come from this monumental piece of legislation.