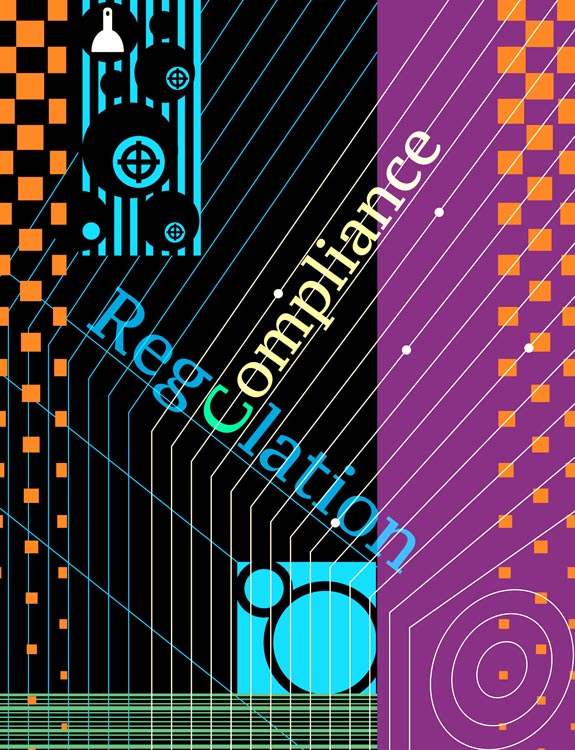 LINES IN THE SAND.

Mary Bogan explains the hurdles the US and Europe have to overcome to reach equivalency in clearing.

Right from the start, aligning the clearing regimes of the world’s major economies that govern the global derivatives market looked like a hard ask. Even back in 2009 in Pittsburgh, when G20 leaders still reeled from the financial devastation wrought by obscured derivatives trades, the potential to tilt the playing field and stimulate regulatory arbitrage if different territories used different rules for the newly created over-the-counter (OTC) market, was recognised. Only the most pessimistic though would have guessed that, six years later, a dispute over cross-border OTC clearing rules would still be raging and that the US and Europe would be entrenched in a long-running standoff which is fragmenting the market, damaging liquidity, increasing costs and compliance workloads.

What’s at the heart of the dispute isn’t easy to fathom. On the face of it, the disagreement centres on systemic prudence and which territory has the most robust derivatives clearing regime. According to the EU’s current position, US clearing rules do not meet the same standards as those set out in the European Market Infrastructure Regulation (EMIR). It has therefore refused to give formal recognition or full “equivalence” to the US.

If no agreement is forthcoming, then when Europe starts trading the first OTC contracts on exchange next April, US central counterparties (CCPs) will be unable to clear OTC derivatives in Europe. Meanwhile, European banks that would like to clear in the US will suffer a heavy capital penalty for using a “non-qualified” CCP in a territory that falls short of the EU’s equivalence test. As a result, European banks will simply choose to stay local.

“The primary concerns around equivalence rules are the amount of capital that would need to be held at EU-based banks in order to clear through US-based CCPs,” says Henri Pegeron, product manager, derivatives and compliance at Fidessa. “Trading with a qualifying CCP (QCCP), or the recognised equivalent in Europe, would typically be subject to a relatively low 2% risk-weighting plus margin at the recognised CCP. But that same transaction in the US could cost exponentially more given the 10-day risk requirements imposed on a product that may only be exposed on the market for days, hours, or even minutes So the cost of clearing outside of an equivalent QCCP in Europe will become prohibitively expensive, and banks will simply walk away.”

Digging down into the technicalities of the dispute, it is the size and calculation method for initial margins needed to protect trades that separates the two sides. The EU thinks clearers should collect margins covering two days of risk that counterparty could default. The US, on the other hand, believes one day’s margin cover is sufficient. However, while the EU regime is tougher on initial margins, the US argues it is stricter on margin held in client accounts. That’s an argument that the EU though shows no sign of buying.

Pointing to the Lehmans default as a case in point, she added that, as margins collected on Lehman’s own account were insufficient to close positions in three asset classes out of five, it was pure luck the default fund was not impacted.

While margins are undoubtedly a bone of contention, many think its competition and protection of regional commercial interests that is really prolonging the transatlantic face-off.

“When you consider the regimes that have already been granted equivalence by the EU, I think this probably leans more towards being a trade dispute than a disagreement about clearing rules,” says Chris Ekonomidis, a director at Sapient Global Markets. “To say the US regime poses additional risk or has lower standards than these markets is incorrect. What it boils down to is a bit of gamesmanship.”

To date the EU has granted equivalence to Australia, Japan, Hong Kong and also Singapore, a territory which Terry Duffy, chair of US derivatives exchange group CME, recently noted testily, operates a very similar clearing regime to that of the US.

“The debate about equivalence has been burdened by context and the key issues here are extra-territoriality and the competitiveness of the US versus Europe,” says Luke Zubrod, director risk and regulatory advisory, Chatham Financial. “The question is about when US rules should apply outside the US. With OTCs, that’s challenging. Unlike equities, where relationships are severed on consummation of the trade, counterparties to derivatives contracts can be bound into an ongoing relationship for potentially years to come. Whose rules apply is therefore an issue that swells in meaning.”

The expansive view of US authority, taken by the previous head of the CFTC, Garry Gensler earned him the title of “Swaps cop to the world” and rattled regulators overseas who expressed their ire publicly in a joint letter to the CFTC.

“What this approach meant was that the US did not trust foreign regimes to police their own markets or do their jobs well despite G20 commitments and the considerable care and effort taken by regulators to govern markets in their own jurisdictions,” says Zubrod. “Not surprisingly, that’s something foreign regulators have taken umbrage at.”

Meanwhile, as the dispute leaves market participants fumbling in the dark, the costs of staying in the derivatives market and complying with the multiple rules of multiple jurisdictions, mount.

“From a trading perspective, we’ve seen smaller firms pull out of the US under the burden of regulation and increasing cost and, on the clearing side, LCH.Clearnet has created a US entity while CME has opened an operation in Europe to fall in with local rules,” says Ekonomidis. “The idea of centralised clearing was to create transparency and open up the market. But what seems to be happening is market complexity is growing and the number of market participants may well have shrunk.

And while the continuing dispute is creating opportunities for different market constituents on both sides of the Atlantic, many think the standoff between the US and Europe is a zero-sum game.

“Without a resolution, everyone gets hurt,” says Mahesh Muthu, associate principal, client engagement at eClerx, “Different players might be affected differently. In the US, CCPs will feel it. In Europe, anyone who currently trades at CME, potentially faces higher costs. But continued disagreement does neither territory any favours.”

According to the International Swaps and Derivatives Association (ISDA), cross-border differences not only increase compliance workloads but also split liquidity along geographic lines and could even make it more difficult for end‑users to enter into or unwind large transactions, especially in stressed market conditions.

In the meantime, the regulatory debate goes on. Although the arrival of Timothy Massad at the helm of the CFTC improved the mood music, promises by both sides to reach a settlement by the end of the summer have failed to materialise. However the EU’s decision to extend, for a third time, an exemption from capital charges for European banks operating in the US by six months, could indicate regulators expect a solution to be found in that timeframe, says Muthu.

However, even if the equivalence dispute gets resolved, aligning clearing regimes across borders is still a mountain left to climb. Starting as they do from a “guilty until proved innocent” mind‑set, regulators inevitably face some late nights ahead.

“The problem is every territory starts from the assumption that others’ clearing regimes are not equivalent and so equivalence needs to be proved. They don’t assume others’ standards are acceptable and check to see if exemptions should be made. That slows down the harmonisations process considerably,” says Zubrod. “There is still a lot for regulators to talk about. Equivalence is an important issue but it’s only one rule set. It’s just the tip of an iceberg.”