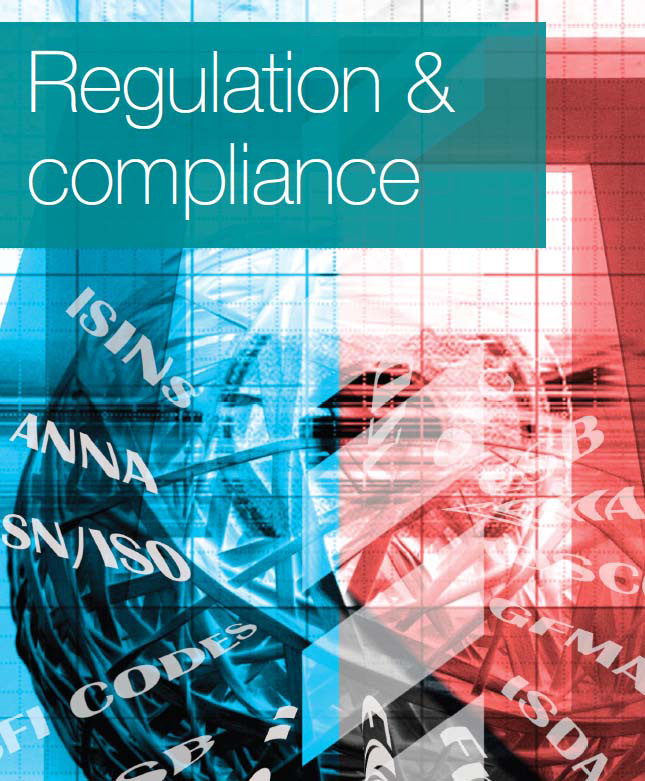 Although ISDA is calling for greater standardisation, the end goal is light years away. Lynn Strongin Dodds looks at the steps being taken.

Last year the International Swaps and Derivatives Association (ISDA) published a paper entitled “Future of Derivatives Processing and Market Infrastructure” which called for firms to work together to develop standardised data contracts, content, identifiers and post-trade procedures. While few expected to see the industry change overnight progress has been slower than expected. 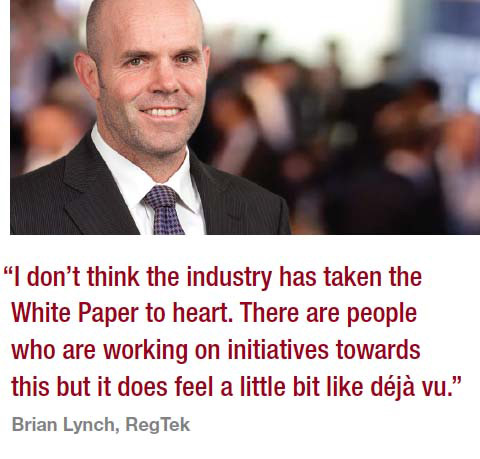 “I don’t think the industry has taken the White Paper to heart,” says Brian Lynch, CEO of RegTek. “There are people who are working on initiatives towards this, but it does feel a little bit like déjà vu in that we have had similar recommendations which built up a head of steam but did not deliver on the promise.”

No one is underestimating the challenge but the industry has proven that it can develop solutions, even in the pre-fintech days. Take the ISDA Master Agreement, a standard document that has become the gold-plated template. It was born thirty years ago to ease the cumbersome and time consuming task of negotiating contracts between banks, each of whom had their own contracts with unique terms and definitions.

Standardisation is more complicated today given the vast number of rules and data requirements. “One of our concerns is that if you force data into a single model then compromises will have to be made,” says Lynch. “I think what we will see is fragmented regtech solutions because it is difficult to create an architectural nirvana.”

The area where the most strides have been made is on the requirement to apply single global standard identifiers to the OTC market in order to increase operational efficiency, improve risk management and transparency, for both industry and regulators, across multiple jurisdictions. They are not a new concept in that all stock, bonds, exchange-traded derivatives (ETDs) and other financial instruments were all regularly assigned them in order for these assets to be bought and sold, cleared and settled, risk-assessed, used for collateral, and reported to regulators.

While there is still much work to be done, the Derivatives Service Bureau (DSB), which was launched in October, was created under the aegis of the Association of National Numbering Agencies (ANNA) and covers interest rate, credit, equity, foreign exchange and commodity derivatives. The platform provides near real-time allocation of ISINs (International Securities Identification Number) for OTC derivatives plus generates additional attributes mandated by MiFID II, including Classification of Financial Instruments (CFI) codes and Financial Instrument Short Name (FISN) ISO standard values.

The foundation was laid by releasing provisional product definitions and loading them onto the user acceptance testing platform. The FIX protocol, popular in trade execution, was selected as the message format for automated connectivity to the DSB, while FpML (Financial products Markup Language) taxonomy would be used to describe the data elements. The CFIs and FISNs will be issued alongside ISINs.

The DSB published its final fee model in late June, following industry feedback to the original proposal. Operating on a cost-recovery basis, it will charge fees to three of its four categories of users: power, standard, and infrequent. Registered users, the fourth category, will not pay because they cannot create ISINs. Financial firms have to pre-pay the DSB based on the category of users they fall under to ensure the bureau has sufficient funds to remain operational for its first year of business.

In a recent review of its rebate schedule, firms who overpay will receive a rebate far more quickly than the original proposals. Those who underpay will be under the same regime. The upfront fee for 2018 is due within 30 days of signing the user contract, if signed before October 23. If it is after this date, the fee will be due within two weeks. The rebate is the difference between this initial fee and the recalculated fee.

According to Sassan Danesh, managing director of Etrading Software, a technical and management services partner of the DSB, the revised approach provides DSB’s users with two cashflow benefits. The first is that it minimises the risk of user overpayment and subsequent rebate by performing the final fee calculation after all users have been contracted. Second if an overpayment occurs, the rebate will be distributed nine months earlier than originally planned. 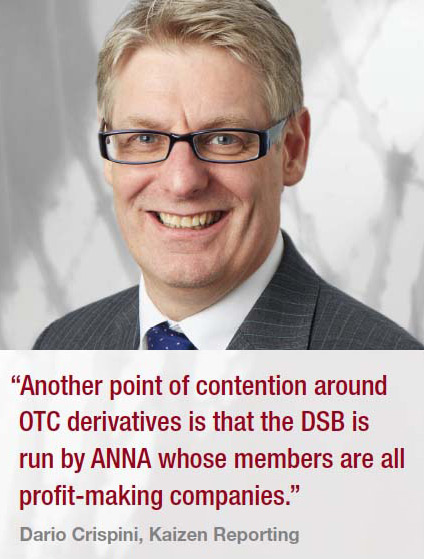 There have been criticisms of the DSB though, mainly over its fee structure and its European roots. As Dario Crispini, CEO of Kaizen Reporting says, “Under EMIR and MiFID, you have regulatory pressure to standardise instruments that are traded OTC because of the clearing and margin rules. However, one of the problems with the ISINs in the derivatives space is that they are only focused on Europe and are not global. If you trade an ETD on a third country market you will need an alternative. Another point of contention around OTC derivatives is that the DSB is run by ANNA, whose members are all profit-making companies and I am not sure that is the right approach.”

The need for a global response

Another issue is that the solution is too European focused. “Taxonomy is very complicated and complex,” says Matt Gibbs, product manager at Linedata, echoing these sentiments. “I think at the moment people are focused on meeting the MiFID requirements, and once the regulation is implemented there will be greater attention on a global standard for derivatives and OTC instruments. The other contentious issue is that the DSB is not free and companies have to pay for the privilege to have ISINs, and they also had to build connectivity and interfaces to ANNA. At which point I can see Bloomberg moving in.” 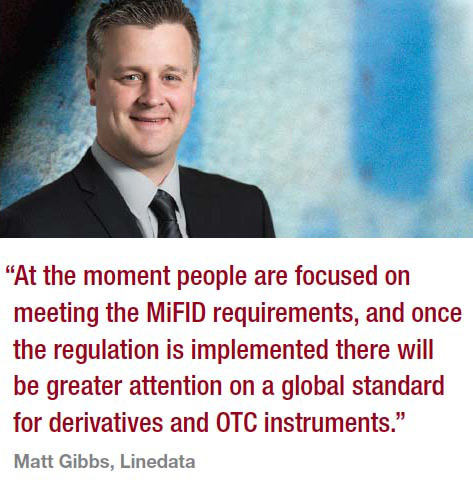 Last year, Bloomberg along with trade bodies such as ISDA and the Global Financial Markets Association argued that the ISIN standard was ill-suited for derivatives and that the requirement would create a monopoly for the national numbering agencies managed by ANNA. The data giant is inching closer to achieving its goal of having its FIGI identification codes recognised as a global standard on equal footing with the International Securities Identification Number (ISIN, ISO 6166).

Some participants are also unhappy with the lack of an appropriate level of granularity for categorising OTC derivatives. This is because the regulation required separate ISINs to be issued for every maturity date which means that 10-year interest rate swaps issued just one day apart will trade under different ISINs. In addition, negotiated fixed-leg prices in a swap trade are also treated as a data field, potentially leading almost every swap to trade with its own ISIN.

The role of the UPI is to uniquely identify each OTC derivative product involved in a transaction that an authority requires, or may in future require, to be reported to a trade repository consistent with the G20 commitment to a more transparent OTC derivatives market.

“I think the pace of change will be driven by regulated bodies like the FSB and CPMI/IOSCO which have been doing a lot of work on a global push for UPIs,” says Danesh. “This is because there is so much change that many industry groups do not have the bandwidth to do something additional.”