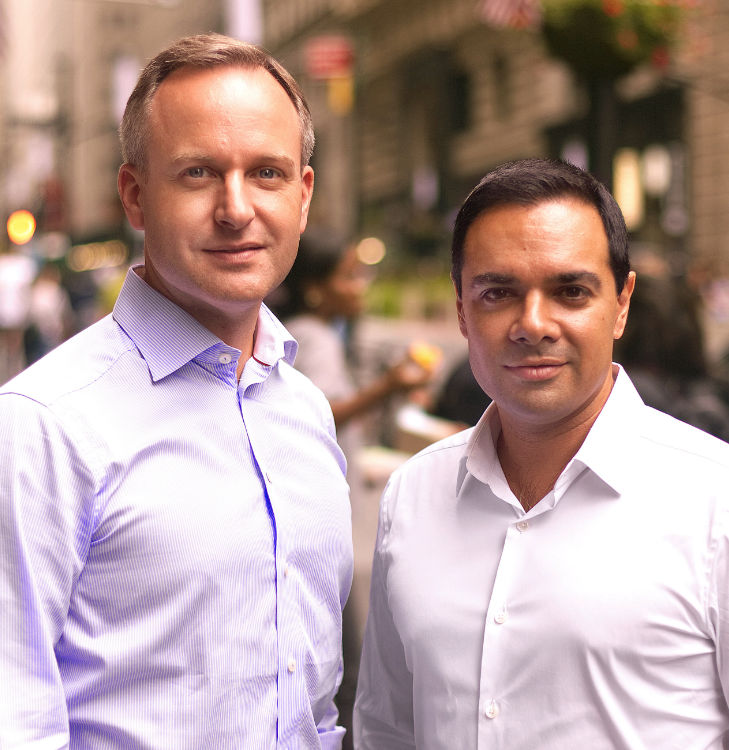 Mazy Dar, CEO and Adam Toms, CEO Europe at OpenFin explain how they are bringing the traders’ desktop into the 21st century.

How did you get the idea for OpenFin?

Mazy Dar: My co-founder, Chuck Doerr, and I got the idea from our previous lives at Creditex, where we spent 10 years focused on electronic trading of credit default swaps. Our main product was a front-end desktop application that was used by traders at all of the major CDS dealers. We realised early on that these traders required the kind of native desktop experience that you could only get from installed applications. But we also recognised that installing software on bank desktops is a huge challenge and significantly limits your ability to be responsive to trader requests and market changes. The experience at Creditex got us thinking that there is a missing layer of infrastructure in financial services. The need for native experience and simple application distribution is a problem not just for trading, but also for many other categories of applications across front, middle and back office, portfolio management, research and compliance. We started OpenFin in 2010 to provide this missing layer of infrastructure which we refer to as an “operating system”.

What is the basic concept of OpenFin then?

MD: If you look at what has happened in the mobile world, the iOS and Android operating systems enable instant app distribution to hundreds of millions of users. The instant installs and auto-updates are possible because iOS and Android ensure security and prevent the apps from accessing your photos and contacts, for example, without your permission. On desktops, when you install software, the applications have unfettered access to your files and other sensitive resources which means they are a big security threat. This is why it takes months, quarters or longer to install software on financial desktops. The OpenFin operating system solves the problem by modernising your existing desktop operating system to behave more like iOS and Android. We enable instant application deployment by ensuring security and preventing applications from having any access to the file system or data from other applications.

What this means for the financial industry is we can now have the same innovation cycle as the mobile world. The top 25 apps in the Apple App Store are updated monthly which means they are constantly getting better and better. In finance, applications were previously updated about once a year which leads to big bloated monolithic applications. Now, with OpenFin, firms can update their applications as often as they want which means they can deliver smaller incremental releases and be very responsive to customer requests.

What infrastructure did you chose?

MD: When we started OpenFin, Chuck and I thought the first big decision we had to make was choosing between Java and .NET as the foundation for our platform. A few months in, we decided that HTML5 was the right answer. It was still very early days for HTML5 in 2010, but we could see that it was the language of the web and an open standard not owned by any single technology vendor. Even though we were convinced it was the right decision, we didn’t realise at that time what an important catalyst HTML5 was going to be for our business. It didn’t happen right away but, starting in 2013, the largest banks and financial service firms started rewriting existing platforms and building new applications in HTML5. Most firms now have a “web-first” approach which means they write HTML5 apps on the front-end and are increasingly moving to private or public cloud on the back end.

Can you explain in more detail what the Financial Desktop Connectivity and Collaboration Consortium (FDC3) initiative is?

Adam Toms: FDC3 fosters collaboration. The initiative has attracted the participation of over 50 capital market firms. The objective is to create a standard protocol for interoperability and connectivity across all financial desktop applications. Currently, there are bilateral integrations but these can be expensive because they are bespoke and take place between application providers. FDC3 standards would replace this process with a common language between all applications. This would not only optimise the functionality of the desktop but also allow, as Mazy has said, the industry’s applications to more easily talk to each other. This approach significantly reduces the cost of integrations and optimises functionality for end users.

Alongside FDC3 is the independent Fintech Open Source Foundation (FINOS), whose goal is to expand adoption of open source software and open standards in the financial services industry. FINOS is a non-profit organisation promoting open innovation in financial services that was established in April from the Symphony Software Foundation. In May, we announced that we have moved the FDC3 under the FINOS umbrella to encourage further industry collaboration.

How has the technology progressed and how does it differ from other systems?

AT: The world is moving to more specialised applications and many fintechs are more narrowly focused on a particular product or area, to which they bring a real depth of knowledge and sophistication. The question is how do you embed these specialised apps on the desktop, so they can be used more effectively in the users workflow and create a holistic picture to assist the end user in a more dynamic and complete way. Individual apps are usually well designed for the user, but they are not designed with the wider desktop and user experience in mind. OpenFin delivers this important holistic unification on the desktop. It makes apps more sticky and appealing to users and has the ability to invoke the right information into the user’s workflow exactly when it is required. This is particularly important for users when so many tools, applications and data sources are available to them, it has the potential to eradicate this burdensome navigational task.

The OpenFin platform also differs in that it is completely neutral and agnostic. We allow all users equal access to the platform and we do not offer any products or services that would compete with the applications available to users. Deploying the OpenFin OS allows firms to integrate both legacy and new applications which were designed by both in-house and third-party providers.

How can OpenFin help the industry in the post MiFID II world?

AT: MiFID II is forcing the industry to become more analytical and implement stronger compliance and operational controls to workflows. To support these requirements, a number of new applications have been developed both internally by firms and also by external vendors. New and existing tools can be used to augment and improve the ability, of traders for example, to navigate complex markets in a more informed and compliant manner. However the new and old apps themselves often require information to be re-keyed and are relatively unconnected, creating the potential for operational risk and missing crucial information due to the app being hidden in a browser, generating alerts that are buried or the user not using the correct app at the right time. OpenFin allows the apps to be connected, invokes the right information at the right time in the workflow, breaks apps out of inflexible browsers and delivers a central notification centre to improve the user’s desktop experience. The ability for application builders to invoke compliance and operational risk controls proactively into the user workflow or via notifications is also very powerful.

How do you see OpenFin progressing?

MD: OpenFin is currently licensed to 145,000 financial desktops globally and is being used to enable the deployment of hundreds of applications to over 500 major banks and buyside firms in over 60 countries around the world. Our goal is to empower digital transformation and open collaboration for app builders and users by deploying the OpenFin OS on every buy and sellside desktop in financial services; we are in the middle of our journey right now. 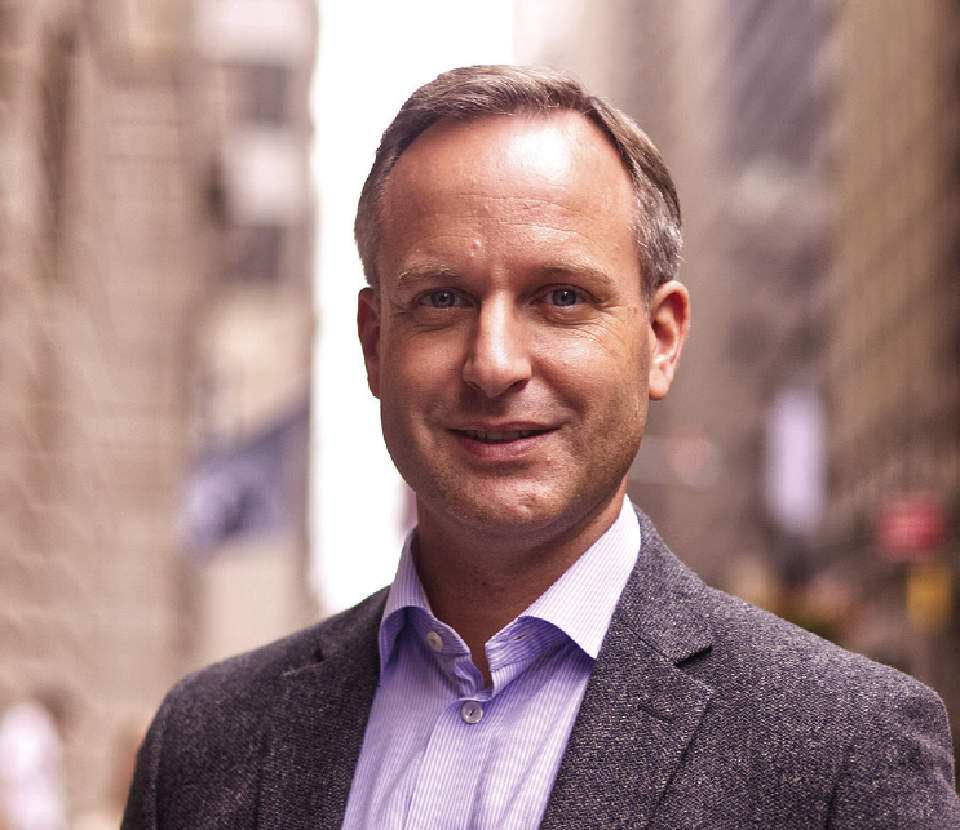 Adam Toms is CEO of OpenFin Europe and also serves as a Non-Executive Director on the board of RSRCHXchange. Prior to OpenFin, Toms served as CEO of Instinet Europe. During his 21 years in financial markets, he has led numerous high profile businesses and large-scale integration projects resulting in a reputation for delivering industry change. 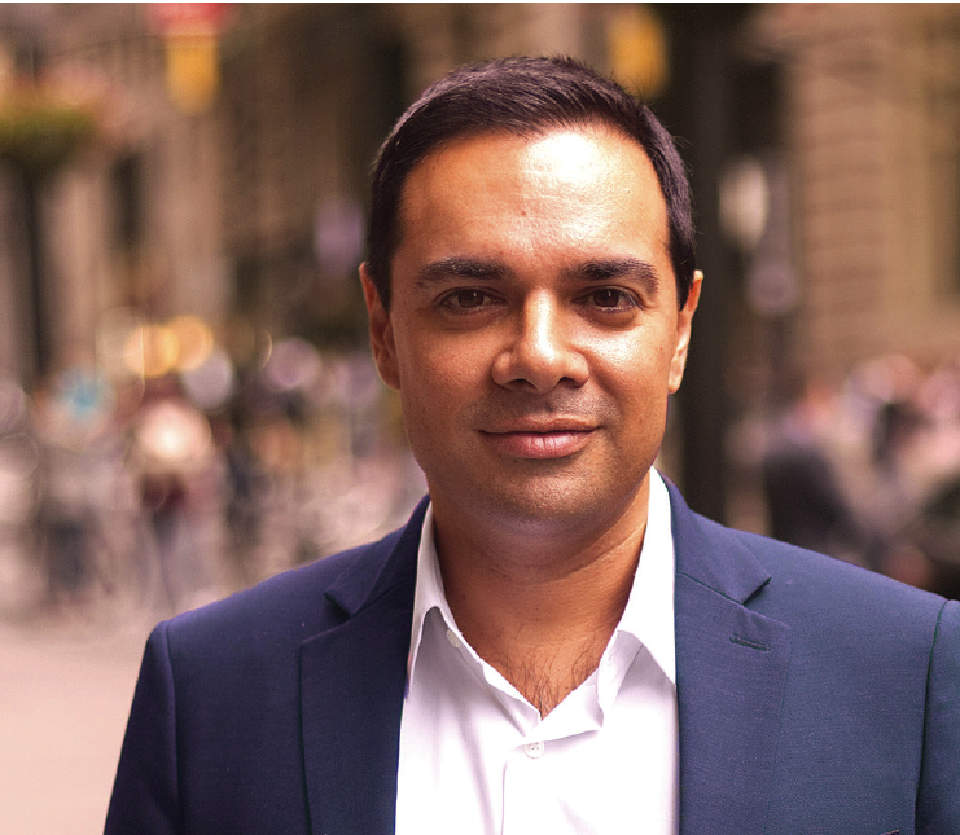 Mazy Dar is CEO of OpenFin. He previously led the credit derivative strategy at the Intercontinental Exchange and served on ICE’s executive committee. Before ICE, Dar was chief strategy officer of Creditex which was backed by JP Morgan, Deutsche Bank and TA Associates and acquired by ICE in 2008. He started his career at UBS as a software programmer and earned a degree in computer science and French literature from Cornell University.