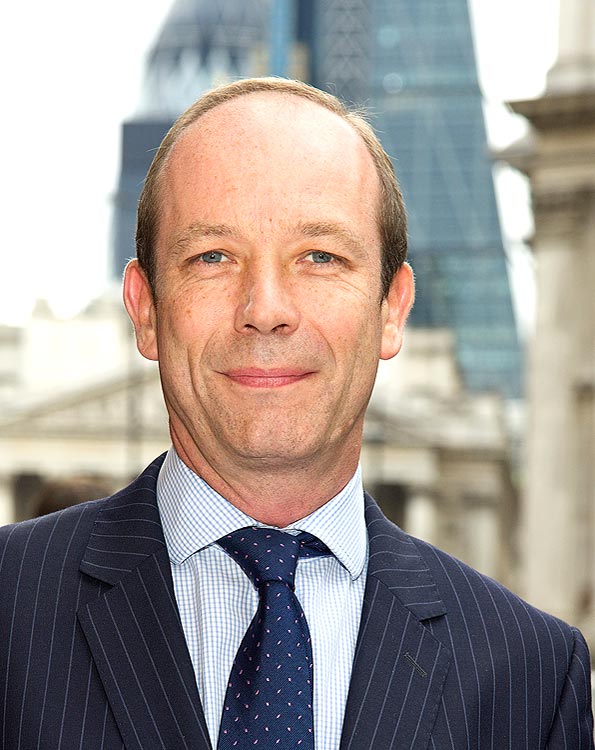 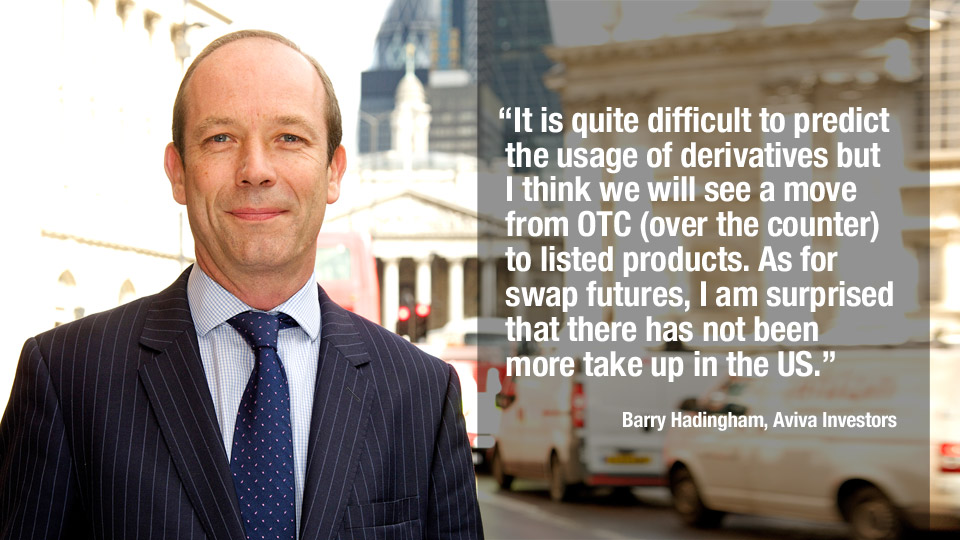 Barry Hadingham who joined Aviva in 2005, was appointed head of derivatives and counterparty risk at Aviva Investors in 2010. He is also derivatives officer for Aviva Investors’ UK operations and is leading the work to evaluate the impact of the EMIR and Dodd-Frank OTC clearing regulations and implementation of the necessary infrastructural changes. Hadingham is a member of the Association of Chartered Management Accountants (ACMA) and has a number of years’ experience in financial services with a considerable amount of that time working in derivatives related roles within banking, insurance and asset management.

What has been the impact of the derivatives regulation?

Overall the regulations have made the banks safer but the client side of the market much more complex. On the one side, we have the European Market Infrastructure Regulation (EMIR) and on the other side is Basel III. I think the latter will have a much greater impact than derivatives regulation. This is mainly due to the capital ratios which are punitive for client clearing. Although regulators understand this, the big question is what will they do about it? At the moment banks are holding off on price hikes which could run in the multiples if the rules remain unchanged.

The other issue is the move to cash only credit support annexes (CSAs). Under ISDA (International Swaps and Derivatives Association) agreements, a range of collateral had been permitted but the new rules do not allow banks to use government bonds to offset their derivatives exposures. They have to use repo and they don’t want to do this because of the cost. It is cheaper if we post the cash ourselves.

As the regulators are still debating some of the finer points do you think we will see any significant changes?

I think there will be minor tweaks but we will not see any big changes. One possibility could be some clearinghouses offering direct clearing arrangements themselves. However, that would only be an option for a subset of clients such as standalone pension vehicles. It would be difficult for an organisation such as Aviva to do this because we have such a wide range of clients and it would entail orchestrating the arrangements on behalf of each client which would be extremely complex. There is also a question mark over the clearinghouse default funds. Some people believe the banks should continue to finance this as part of their clearing offering but it may be too costly unless the capital rules are amended.

What impact do you think the regulation will have on the trading of the market? Do you think there will be a move to swap futures?

It is quite difficult to predict the usage of derivatives but I think we will see a move from OTC (over the counter) to listed products. As for swap futures, I am surprised that there has not been more take up in the US. There are bigger drivers there than in Europe such as regulatory arbitrage to avoid ‘major swap participant’ and ‘major swap dealer’ obligations, as well as the capital and margin implications. I would never say never, but our activity is generally directional and long dated in nature. We would not want to incur roll risk – i.e. rolling future contracts for 10, 20 or 30 years – which would mean having a constant maturity on a futures profile, even though the liability profile may be declining. This would be particularly true for pension funds. The other issue is that swap futures may give a pretty close hedge against liabilities but it is not a 100% match.

Do you think the new rules introduce other risks such as CCP concentration?

In my opinion, the rules introduce a new source of counterparty risk – operational risk. This is because of the complexity of managing the new margin requirements. There is also the issue of haircuts – the EU is imposing an 8% haircut for variation margin when the currencies of the derivatives transaction and collateral differ. It increases the amount of collateral received by the counterparty if for example, you don’t post the right currency.

How has Aviva prepared for the changes?

The length of time EMIR has taken to implement in Europe has not helped anyone in the industry. The deadline has kept moving, although there is an expectation that central clearing will start in April 2016. Our back office is outsourced to J.P. Morgan but we also had a specific project team dedicated to implementing EMIR and Dodd Frank for two years. We built the necessary infrastructure for clearing, trade reporting and risk mitigation but we got to a point where we closed the project and these activities have been transitioned into business as usual (BAU).

We are now operating on a BAU basis and have put clearing arrangements in place with two clearing brokers. We are also focusing on the front end to support the fund managers, which to my mind is the most complex aspect. You need to have an understanding of the margins, clearing limits, which clearinghouses to work through and the cost differential from a best execution standpoint between bi-lateral and cleared trades.

Are you concerned about CCP concentration?

Yes it is a concern in the industry. In Europe, LCH.Clearnet is the dominant player in interest rate swaps which gives the clearinghouse a significant advantage. The other issue is that there are differences to some degree in the way that continental European and the other (e.g. US) clearinghouses operate. For example, they are licensed as credit institutions in Germany and France which means that they have access to central bank liquidity and can allow a wider pool of collateral as long as it’s eligible at the ECB. This means that in the event of market turbulence or another Lehman event, the central bank will provide liquidity and smooth any potential issues. There is no such facility in the US although the Bank of England has said it would provide liquidity to CCPs operating in the UK via the Sterling Monetary Framework.

What lessons have been learned from the US experience?

The US has gone for a much more simplistic approach which I think is a good thing. The US has been clearing for three years down the line and has been far less ambitious in its aims than Europe. It has stuck much more to the original G20 principles whereas Europe has adopted a ‘gold plated approach’ in a number of areas. This can be seen for example in the requirement for both sides of a derivatives transaction to report a trade under EMIR. This is difficult to implement and the output for regulators has been poor. This is in contrast to the one-sided reporting in the US which is not as complicated and does not require less sophisticated derivative users to report, leading to more accurate data being reported to the regulators. The other key lesson is the need for an equivalent mechanism in Europe (as requested by ESMA) to the ‘no action relief’ adopted by US regulators which enables them to provide relief from certain regulatory requirements for a period of time where necessary.