Despite the focus on diversity, the Square Mile is lagging behind with privately educated men still dominating the top jobs. This has prompted the City of London Corp to launch a taskforce looking at social mobility in the financial and professional services.

The group has been commissioned by HM Treasury and the department of Business, Energy and Industrial Strategy (Beis) and will be run by the City of London Corp.

Research published by social equality advocates Bridge Group, alongside the launch, revealed that almost nine in 10 senior roles in financial services are held by people from higher socio-economic backgrounds.

Just under half or 42.7% of senior roles were occupied by white men who attended an independent or selective state school while among junior employees, 47% were from a higher socio-economic background by parental occupation, and 11% were educated at an independent school.

This is against a backdrop of roughly 6.5% of UK schoolchildren going to private school, according to the Independent Schools Council. 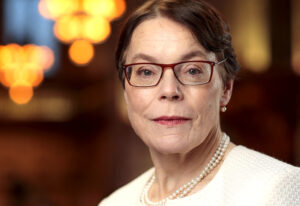 The report also found that employees from less privileged backgrounds take 25% longer to progress, despite no evidence of poorer performance.

The taskforce aims to create a membership body where companies can evaluate their performance against their peers. It will also build a business case for increasing the representation of people from less privileged backgrounds in the sector.

The taskforce which will be chaired by Catherine McGuinness, policy chair at the City of London Corp, will also include Sandra Wallace, interim chair of the Social Mobility Commission and joint managing director for the UK and Europe at law firm DLA Piper, Andy Haldane, chief economist at the Bank of England, and Vincent Keaveny, senior alderman at the City of London Corporation and a partner at DLA Piper.

“Talented individuals should be able to succeed in financial and professional services on their own merit regardless of socio-economic background. Unfortunately, for many people that does not yet seem to be a reality,” McGuinness said.

“There is a clear business — as well as moral — case for improving diversity across the sector. This research demonstrates that people from lower socio-economic backgrounds face greater barriers to progressing throughout their career.”

John Glen, City minister and economic secretary to the Treasury, said: “By breaking down socio-economic barriers to progression, our financial services sector will become more innovative and competitive, and help to level up the UK.”

The findings of the taskforce will be presented by November 2022, with the first formal meeting due to take place in May 2021.

As the weeks draw closer to the transition deadline on 31 December 2020, the UK Financial Condu ...