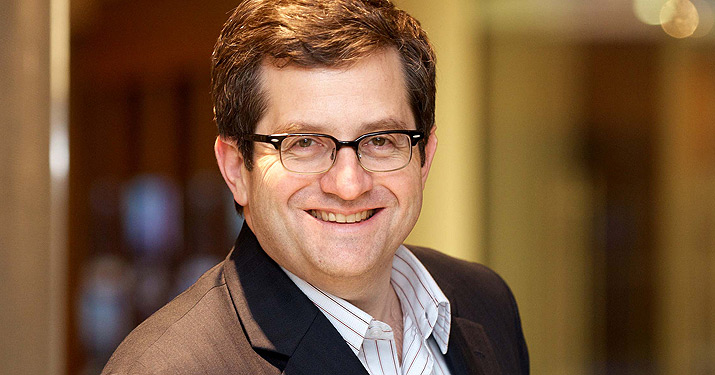 The OTC reporting marathon: is there a finish line?

EU and US taxpayers have been scratching their heads in recent week as regulators made it painfully clear that they have squandered both years and billions with little to show for it.

The politicians that gathered in Pittsburgh were quite explicit – they want OTC transparency. Did they expect that, nearly five years later, we would still be pumping billions into creating mountains of information that is so untrustworthy, incomplete and flawed that it is of little value? Doubt it. Did they think Google would come up with a ‘magic box’ to sort this out? Perhaps (God bless them). Did they want to create a lot of IT jobs for the boys – well, not sure they caught that one.

The point is that everyone now expects that regulators are armed with the information needed to mitigate future systemic risks and protect against market abuse. The reality is light years away from that belief.

Just as the EU has begun the process of mandatory reporting of derivatives data under EMIR, the US has begun its review of the ongoing swaps reporting process under Dodd-Frank. The results are not particularly pretty. In a 10 February conference call, the 11th Meeting of the Technology Advisory Committee made clear that, while initial progresses in swaps data repository (SDR) reporting have been made, the Commission has “a long way to go” on many reported asset classes.

On the other side of the pond, ESMA was getting ready to make it worse. Given that their chosen reporting strategy is exponentially more difficult, few are hopeful for a better outcome. Industry professionals have been scrambling to produce reports with incomplete and shifting requirements for months – although perhaps fewer months than required. They were expecting the inevitable last-minute problems with servers falling over and bugs, but they were not ready for the game to change at 18:00 the day before.

Just hours before the 12 February trade reporting deadline, ESMA released its final round of Q&As for firms. The guidance changed specifications for how a trade is uniquely identified, what code to use to classify products and how multi-leg transactions should be reported. Sound like a few tweaks? We think not. In addition, confusion still reigns in some cases over ‘who’ should report. Jurisdictional questions were highlighted following a communication by a leading Dutch clearing bank notifying its clients that (under certain caveats) they would be exempt from their reporting obligations because of a Dutch legal concept known as ‘lastgeving’, which was an interpretation upheld by their national regulators, De Nederlandsche Bank and Autoriteit Financiële Markten.

These are serious issues that need proper debate. And it isn’t just the consistency of reported trade data that is in question. It is also the regulators’ ability to process that data.

Can regulators process the data?

In a recently published statement of dissent, CFTC Commissioner Scott D. O’Malia bemoaned the lack of resources being allocated to the Commission’s IT budget. In essence, he suggested that the increased trade reporting requirements brought about by Dodd-Frank may not actually improve market surveillance or reduce risk, if the CFTC did not have the IT resources to decipher the data.

In particular, O’Malia noted that the current 2015 budget figure would be insufficient to support plans to improve the quality of swaps data presently being collected, and to “utilize this data for critical risk analysis and surveillance”. He also suggested that the Commission needed a database that could analyse exposures across different classes of derivatives – including futures, swaps and options. Finally, he noted a requirement to extend the CFTC’s data collection infrastructure to include order, or quote, messages, which would imply a more than tenfold increase in the volume of data it currently collects.

Without investments in those kinds of IT projects, O’Malia said the Commission would struggle to meet its goals of ensuring market integrity and protecting the market (and general public) from “fraud, manipulation, abusive practices, and systemic risk”.

And it isn’t just Commissioner O’Malia that is complaining about regulators’ ability to aggregate and make sense of trade data. The Financial Stability Board’s consultation paper on aggregating OTC derivatives data, which closed for comment at the end of February, will look to propose solutions to the challenges currently faced by regulators in aggregating trade data for more meaningful analysis.

Those challenges are likely to be even more evident in Europe. If the CFTC is complaining that it doesn’t have the funds to make sense of its swaps data, you might wonder how well ESMA is deciphering the data it started collecting last month, with ESMA’s IT spend just a fraction of the CFTC’s. In 2014 it budgeted €1.4m for Information and Communication technology spend, with a further €4.75m set aside for its ‘Collection of information: IT project’. In comparison, the CFTC’s proposed IT budget for 2015, which Commissioner O’Malia clearly sees as being insufficient, allocates $50m to IT services and a further $21m to fund full-time IT staff.

Add to that the fact that ESMA is likely facing even greater issues with aggregating its swaps data – given the double-sided reporting regime in Europe and the ratio of six trade repositories (TRs) to the three swaps data repositories (SDRs) in the US – and it’s difficult to believe the data currently being reported under EMIR is being put to much use. That said, perhaps a like-for-like comparison between ESMA and the CFTC is unfair, as National Competent Authorities will also be helping to police EMIR trade data. But exactly how the collaboration between various NCAs will work and what levels of IT spend each is investing in retrieving, cleansing and analysing trade data, is really not known.

Where is the finish line?

Whether it means identifying specific trading patterns for further investigation or more gradual build-ups of exposure that could prompt systemic risk concerns, it would seem there are some serious question marks around whether regulatory reporting will help to make the markets safer. We know that the regulatory reporting race cannot be stopped, so deciding on the best path forward and defining the end-goals will be crucial to the success of this initiative. Clearly, it would be easy to fine market participants for incorrectly reporting. But surely that is not a worthwhile aim in itself.

Rather, the market should be asking itself some serious questions. Will the politicians re-engage and audit what has happened? Will real regulatory leadership emerge? Can the laws be modified and the standards worked out now that the race is on? The answers are unknown but, if we don’t find them one way or another, this will be an awfully long run.

PJ is the founder and CEO of independent analysts, JWG-IT Group