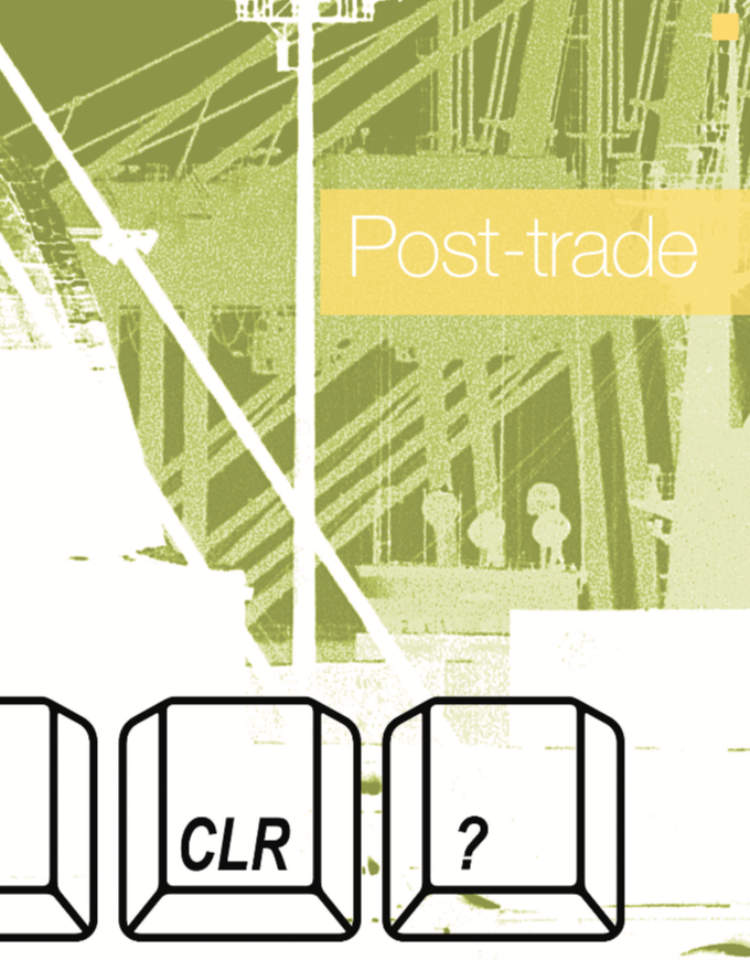 As the UK teeters on the edge of a ‘no-deal’, regulators and industry players are making contingency plans. Lynn Strongin Dodds reports.

It is near impossible to predict the outcome of Brexit amidst the political posturing and wrangling. Those in the City of London are holding their breath as markets sink and sterling plummets. One of the most contentious issues is the fate of clearing in the UK. There have been temporary measures put in place but the operative word is temporary.

“It is difficult to know what will happen,” says Andrew Simpson, Advisor to BME (Bolsa y Mercados Españoles). “Every time there is a modicum of stability, someone puts a spanner in the works. UK clearing houses have been granted equivalence if there is no deal but it is only for a year and no more than that.”

As the UK was teetering on the brink of a no-deal at the end of last year, the European Commission confirmed that it would adopt contingency measures. In regulatory parlance, equivalence is a judgment that a non-EU country’s rules and supervision are as robust as the EU’s. It is part of the procedure the bloc uses to grant foreign firms access to the single market. Firms must also gain ‘recognition’ from the EU markets regulator.

The recent reprieve came as a great relief to UK clearing houses such as LCH, ICE Clear Europe and LME Clear who had to decide last December whether to tell EU customers to shift derivatives positions. They, along with central banks and brokers, had been putting European regulators under pressure to provide clarity on clearing access. The main concern is that there would be no alternative venue for some types of contracts and that transferring positions in derivatives portfolios would take months.

LCH and ICE Europe wasted no time after the contingency announcement to apply for equivalence with Europe’s regulatory watchdog to continue doing business on the continent in a no-deal Brexit scenario. The latter also applied to the Bank of England as an overseas derivative clearer.

The wrangling over euro clearing had been going on long before Brexit was on the drawing board. London managed to keep hold of this coveted prize because it was part of the EU but that will no longer be the case, although business will by no means disappear overnight. The City has a tight grip, handling the bulk of the Ä660tn market with LCH, part of the London Stock Exchange Group, accounting for a hefty 90% of euro-denominated interest rate swaps.

Bank of England figures show that around £45tn of swaps positions held by EU banks and brokers were at risk from a no-deal Brexit. The absence of an equivalence deal would have meant that European firms would not have been able to use UK venues to trade derivatives which could have translated into higher trading costs as well as an inability to hedge their market exposures.

The Swiss benchmark
Although an extension was expected, market participants were surprised that it was double the six months given to the Swiss who will have to renegotiate in June 2019. “The Swiss and EU was being closely watched as it was seen as a proxy for the UK and European Union situation and how equivalence was going to be handled,” says Steve Grob, director of group strategy at Fidessa. “However, in fairly typical style the Swiss deal is fudge as it is only for six months.”

He adds that one of the problems in the UK is that even if there is a second referendum, firms are starting to move out of London. According to press reports, 16 banks including Deutsche Bank and Commerzbank, recently tested moving interest rate swap positions from London to Frankfurt, and Union Investment, Germany’s second largest asset manager, is the first European fund manager to close its existing euro-denominated swaps trades at LCH.

“At the moment it is just a trickle of firms shifting clearing to Paris and Frankfurt but it could end up being a self-fulfilling prophecy,” says Grob. “It is hard to put the toothpaste back in the tube once it has been squeezed out.”

Simpson also believes “LCH could struggle if the ECB forces a euro-denominated policy, although more LCH IRS (interest rate swap) business is from the US and not Europe and so location needs to be considered carefully. LCH CEO Daniel Maguire had indicated [Oct 2017] that it could move business to New York because US has recognised status in Europe, although he has not yet exercised that option. We have though seen them moving RepoClear to Paris. European firms may need a European back-up option for some of their current London based clearing”

The other threat to LCH is Eurex. As Christian Lee, partner at consultancy Catalyst put it, “Brexit offers a great opportunity for them to grab a portion of the business. They have been forthright about their objectives and have launched various initiatives including member incentive schemes. In the past there used to be a significant gap between LCH and Eurex but it is being reduced because volumes have increased due to these schemes.”

Over the past year, the German clearinghouse launched a partnership programme, supported by large global and regional banks who share the revenues generated from clearing swaps with the clearing house. The most active participants – JP Morgan, Deutsche Bank, BNP Paribas, Landesbank Baden-Württemberg – were also granted seats on the German CCP’s supervisory board as an added incentive.

Although it has a long way to go to catch up to its London rival, the German CCP is making significant progress. At the end of November it broke through the €10.5tn mark of notional outstanding, a substantial hike from the €1.8tn the same period a year ago. The increase translated into a market share of 15% in forward rate agreements (FRAs), 1% in overnight index swaps (OIS) and 3% in rate swaps by average daily volume.
“Since the summer, the industry has been looking at how it can have a future-proof model in the event of a hard Brexit, says Eurex Clearing board member Matthias Graulich. “We are doing all we can to support our customers to ensure a smooth transition to a post-Brexit world. This is not a sprint though but a fundamental change in the way the industry is operating and it will take time.”

Sellside take up the gauntlet
Sellside players are also taking matters into their own hands. For example, Societe Generale, which is one of the biggest middlemen in the derivatives industry, opened a new clearing hub that will cater to EU customers to clear both listed derivatives on exchanges, and over-the-counter products. It will run in parallel to its UK operations. In addition, the new entity has applied for memberships of exchanges, trading venues and EU CCPs such as Eurex, Nasdaq OMX and LCH in Paris.

Meanwhile, ABN Amro, another heavyweight player, has applied for UK licences to establish a new London-based unit of its clearing business that will operate alongside the London branch of ABN AMRO Clearing Bank. The unit handles over 20 million securities and derivatives trades a day on behalf of customers – many of whom are based in the Netherlands – such as high-frequency traders and market makers.
“In a hard Brexit scenario ABN AMRO Clearing Bank might not be able to access UK exchanges and CCPs out of the Netherlands due to EMIR (European Market Infrastructure Regulation) legislation,” says Robbert Booij, head of ABN Amro Clearing Europe.