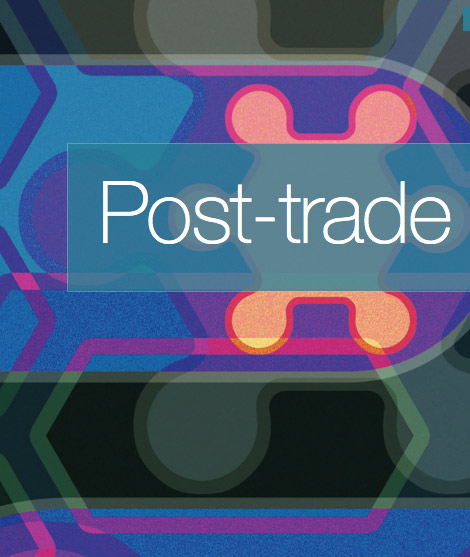 Industry participants are coming up with new ways to deal with margin requirements, but regulation has yet to bite, writes Maha Khan Phillips.

According to global consultancy Capco, there is an estimated shortfall of $1.2tn of collateral needed to meet new margin requirements. This is nothing new though. Industry participants have known for some years that the great squeeze was coming. Some firms are more prepared than others however, with a few still lagging behind, according to industry pundits. 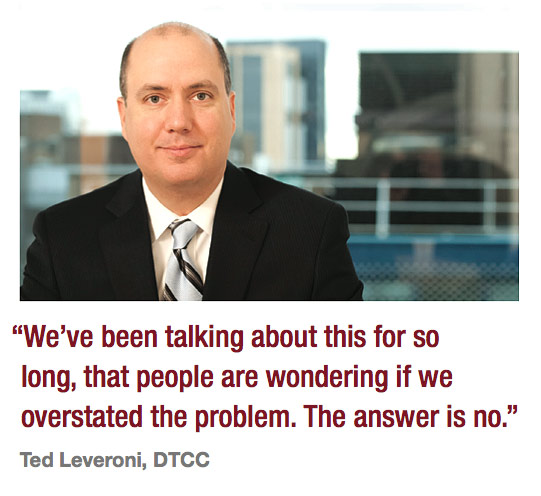 “We’ve been talking about this for so long, that people are wondering if we overstated the problem,” says Ted Leveroni, executive director of strategy and buyside relations at DTCC. “The answer is no. We’ve had really good foresight. We looked at the number of regulations that will be implemented and anticipated that there will be a collateral squeeze.”

Leveroni though says it doesn’t matter how great the squeeze is, because ultimately, it comes down to each individual firm to find an individual solution to the challenge. “Firms need to take a two pronged approach. They need to create within their own houses a centralised collateral management team and then place automation on top of that to manage their collateral in one location, so they don’t have a separate repo collateral management team and a separate futures team, and so on. If these processes are managed and optimised from a central location then efficiencies can be gained across the entire firm. Once these processes are in place, firms can begin leveraging community-based infrastructure solutions and utility providers, helping to make the lines between a firm, its counterparties and custodians and different collateral pools more efficient.”

And efficiency is desperately needed. The Dodd-Frank Act in the US and the European Market Infrastructure Directive (EMIR) requires that all OTC derivatives be cleared through a central counterparty (CCP), and collateralised on a bi-lateral basis, with stricter rules on margin, reporting, and record-keeping. With the advent of CCP clearing, collateral requirements increase. Also the benefits of exposure netting are lost due to the fragmentation of trades between various clearers and bilateral counterparties, increasing the cost of collateral funding for the trading firms, according to Infosys.

The International Organisation of Securities Commissions (IOSCO) and the Bank of International Settlements (BIS) has also set out their own, stringent collateral requirements for OTC derivatives contracts conducted on a bilateral basis. Collateral has to be highly liquid and hold its value in times of financial stress, for example. Under Basel III, banks are required to have collateral management policies in place that will control, monitor, and report concentration risk and the reuse of collateral. Their liquidity coverage ratios require more high quality securities.

“Aside from mandatory clearing in the US, most of the drivers that we anticipate will create a collateral squeeze haven’t been implemented yet. These include mandatory clearing in Europe, as well as the global implementation of margin requirements for non-cleared derivatives which are due to come into effect in 2016. So these issues will fire up again next year,” says Leveroni.

However, Capco estimates that if even just a third of existing idle collateral is mobilised, it would be sufficient to cover the expected additional margin requirements. “Our belief is that there is enough collateral to go around. But it’s being able to access that collateral, that hasn’t been leveraged properly. It means using internal models, and the more active use of things like tri-party offerings to sweep up bits of collateral,” says Samit Desai, principal consultant at Capco.

Capco estimates that the initial margin for non-centrally cleared trades will be $700bn, while the initial margin from cleared trades will be $260bn. The increase in variation margin is estimated to stand at $100bn, while the increased margin due to more stringent segregation will be $70bn. Finally, the default fund contribution will be $40bn and a $30bn increase in demand for collateral from a narrowing of eligible collateral schedules and stricter haircuts will occur.

The firm believes that multi-lateral netting and more efficient practices around clearing will considerably reduce margin requirements in CCPs, and make clearing even more economical. Positive developments include cross-product margining policies, where collateral requirements can be netted or shared amongst multiple asset classes.

Ultimately, all eyes are on optimisation. Mike Payne, associate partner at Delta Capita, believes that firms need to put together a holistic view of collateral, and that means more than just bringing teams together in-house. “There are three problems, you need to increase and optimise the use of collateral, you need to optimise the team, just by bringing the team together; it doesn’t give you any people efficiencies. Finally you have multiple technology solutions with high costs, and without a radical change through looking at that operating model and the technology around it, these costs and efficiencies will remain high and inefficient.”

Other challenges also exist, that will have an impact on costs and efficiency. “We are now seeing intra-day valuations being required,” says Noel Montaigue, senior EMEA manager at trading and risk management platform OpenLink, “Without the right tools, and capabilities in-house, the cost of these functions inevitably goes up significantly. This in turn negates the historic benefits and savings of having valuations outsourced or solely supported by some sort of external third-party,”

There is also a challenge around cash requirements. “Because of the new liquidity capital ratio rules coming out of Basel III, you have many considerations about whether to keep more cash in hand. But then using securities for collateral also has an impact on post-trade considerations. IT becomes quite operationally challenging, and that’s where automation is important,” says Jan Vendel Peterson, domain manager for asset services at SimCorp.According to ISDA’s Margin Survey 2015, there has been a 6.2% drop in total collateral for non-cleared derivative transactions, down to $5.01tn. However, the total proportion of cash pledged as collateral has actually increased by 6.7% to 76.6% of the total.

“This is evidence to me that the industry has failed to optimise collateral,” says Giles Kenwright, associate partner at Delta Capita. “We’ve seen lots of inefficiencies around the use of collateral. Cash is an expensive form of collateral due to funding costs. Globally interest rates are at historic lows and as they inevitably start to rise, cash collateral will become increasingly costly.”

Northern Trust’s Southgate says that there is no room for complacency. “The timelines in Europe have been extended significantly, which has allowed some of the clients who were potentially lagging behind to catch up. There is a risk however, of leaving it too late to establish your clearing relationships and infrastructure. There are a limited number of clearing houses in Europe that will win the bulk of the clearing business, and the top tier clearing members are becoming more picky or selective about the types of clients that are on board.”

Capco’s Desai says that some firms are more prepared than others. “Many firms have already initiated programmes to enhance their models to cope with new requirements, but it is far from simple. They know what they need to do but there is no silver bullet answer that will help with all organisations, no one size fits all solutions. Technology solutions and individual process solutions must be highly configurable, because each client has a different strategy and a different need in terms of the market that they operate in.”