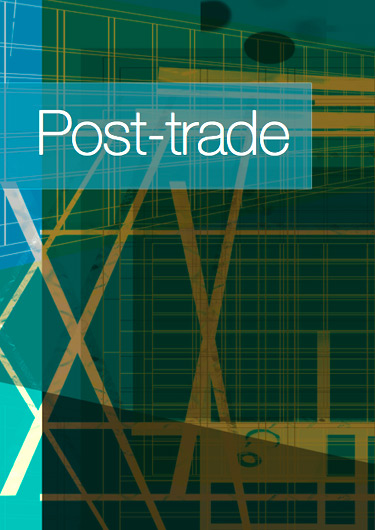 CLEARING AND SETTLEMENT: THE IMMINENT ARRIVAL.

The road has been littered with many bumps but T2S is almost here. Mary Bogan reports on the final stages.

Target 2 Securities (T2S), the grand ECB project which, hand in hand with the regulatory directive Central Securities Depository Regulation (CSDR), aims to create a single platform for the settlement of domestic and cross-border securities transactions in Europe and convert a complex, fragmented post-trade market into a borderless landscape, has had a creaky passage

Launched in the wake of the financial crisis, the initiative received a cool reception from market participants, struggling under weighty tomes of regulation and troubled balance sheets. Hiccups in the European Central Bank’s (ECB) implementation timetable, accompanied by a simmering euro crisis, led many to doubt the project would ever see the light of day. However, as T2S inches towards imminent launch in June, market sentiment has mellowed and T2S is now seen as a game-changer in Europe.

“The market now recognises this is the right way forward and no one doubts T2S will happen,” says Tom Casteleyn, managing director T2S and market infrastructure at BNY Mellon. “People always knew T2S was a major technical change project. Now they see it as an important step on the road to the simplification and unification of the European post-trade chain that offers large operational and cost-saving benefits as well as new business opportunities.”

“T2S settlements will be processed in central bank money and intraday credit needs can be collateralised with assets in T2S. As cash and collateral can be pooled across T2S markets, there are substantial netting and collateral efficiencies as well. In future banks with a European presence will be able to settle their entire T2S activity in central bank money using a single dedicated cash account at a central bank of their choice and use the T2S auto-collateralisation functionality to fund their intraday needs. This will reduce the need for intraday credit facilities from agent banks and allow netting across markets.”

A recent study by Oliver Wyman and Clearstream estimated that brokers, custodians and banks that engage with T2S stand to pocket between €30m and €70m a year through capital, funding and operating cost savings produced by delayering settlement-related exposures, pooling collateral for settlement and tri-party purposes, netting more cash settlements and simplifying their operations.

While some potential savings look attractive, less appealing is the possibility of at least a short term-term hike in settlement pricing following T2S. Although the Eurosystem has set a headline price of €15 cents for a delivery-versus-payment (DvP) instruction, final charges will depend on how CSDs and other market participants compete in a more open and cut-throat post-trade world.

“There are two great unknowns about T2S,” says Alan Cameron, head of relationship management for international banks at BNP Paribas Securities Services. “We don’t know the end-pricing of CSDs and we don’t know how much liquidity will be used in settlement. It’s what’s stopped banks coming to radical decisions about European settlement. CSDs just don’t know what business is going to look like after T2S.”

Prices may even rise before they fall, says Isabelle Olivier, head of clearing settlement, SWIFT. “Some domestic CSDs have already increased the price of domestic settlement in advance of T2S. Others are taking a wait-and-see approach before assessing the impact of large project costs and increased competition on margins. I’m confident prices will come down but probably not for three years or four years when all migration waves have been completed and the project is up and running.”

Another factor pushing pricing upwards is the seeming determination of CSDs to remain independent businesses. Many had expected CSDs to merge or form agreements to develop T2S platforms and tackle competition. However, except for a few exceptions such as the Baltic CSDs, consolidation, in what many agree is an overcrowded CSD space, has failed to materialise.

“We’ve been talking about CSD consolidation forever but what we’re actually getting instead is CSD proliferation,” observes Cameron.

How Europe’s post-trade market infrastructure is likely to shape up in future and which institutions will survive in a post-T2S era, is anyone’s guess. The demarcation lines though between different parts of the chain are already blurring as competition fires up

“Everyone is looking for space up and down the value chain to create the biggest economies of scale possible,” says Andrew Simpson, head of post-trade at Euronext. “You’ve got global custodians, major CSDs, ICSDs, boutique CSDs and local custodians all playing out and vying for territory and services. T2S may well increase fragmentation in the market initially before a more consolidated and simplified structure emerges.”

Generally agreed to be under greatest threat is the business model of the traditional CSD. “Although all CSDs retain natural monopolies as issuers for government securities, the question is where will secondary activity take place?” says Casteleyn. “Will it be equally distributed over different CSDs or will it go to the book of one particular CSD? Remaining a safekeeper for issuers, without winning any secondary market activity, is a model that will be challenged.”

According to Simpson, even small CSDs can thrive in the new environment though perhaps not in their current form. “We can’t hide away from the threat to small CSDs. They can’t do nothing and expect to survive on a small part of the pie. But boutiques have a great offering for banks with their knowledge and understanding of local communities, local tax or bankruptcy laws and more personalised service. They may need to form partnerships or become part of bigger organisations but I’d expect them to retain their national brand identities. The boutique proposition is always necessary.”

Elsewhere, market titans such as global custodians, clearers and exchanges have been preparing for incursions into traditional CSD territory: BNY Mellon has launched its own CSD, London Stock Exchange Group is creating a new CSD in partnership with J.P. Morgan and BNP Paribas is building scale with the launch of an international settlement centre in Lisbon.

According to Olivier, T2S has been a big driver of innovation. “I’ve seen more new types of services, products or alliances in the last two years than in the previous five with, for example, sponsored access to T2S or custodians and new CSDs offering asset servicing only. All these new models are like a tsunami that is shaking up a slow moving, conservative market.”

Not all innovations though may be having the desired effect. Take the moves to meet higher collateral requirements in the industry. “We’ve seen a number of new industry products all designed to liberate and mobilise collateral,” observes Simpson. “But because those services are so specific to the provider, clients tell us they are not mobilising collateral. They’re immobilising it. Collateral is getting parked on firms’ books rather than being made available at the trading or margining level.”

One answer, suggests Simpson, is for firms from right across the market – banks, exchanges and trading firms – to form a community to effect collateral mobilisation. Interestingly, a new initiative to create an industry collateral infrastructure, known as Project Colin, was recently reported to be underway.

The ECB vision for T2S was to create a low-cost, efficient, harmonised post-trade market in Europe. Whether it delivers remains to be seen but what is clear is that the benefits will only be enjoyed by firms that re-write their game plans for a new world.

“When you look at T2S, you’ve got to ask not what T2S can do for you but what you can do for T2S,” says Cameron. “If you just sit still and expect cost savings you’ll be disappointed. You’ve got to adjust your business model to accommodate this new harmonised landscape and if you do, you’ll get cost savings. Behaving the same as you were before is not an option.”