THE INTEROPERABILITY DEBATE RAGES ON CLEARING. 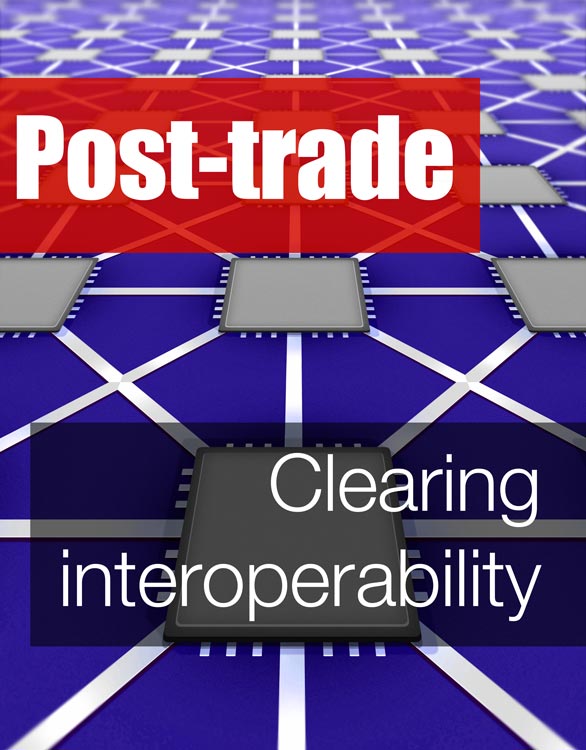 Mary Bogan assesses whether central clearing will be dominated by a few large players or bow to competition.

With the European Securities and Markets Authority (ESMA) rumoured to be returning to market before Christmas to ask for final feedback on MiFID II, spare a thought for the senior managers of Europe’s major clearing houses this holiday season. The legislation, which promises to crack open the post-trade market in the same way MiFID I freed up trading, is hotly contested and the battle lines between those supporting and opposing an unprecedented surge in liberalisation of the clearing market are being hard fought.

What’s at stake is both survival in an increasingly cut-throat market as well as the opportunity to grab a share of Europe’s upcoming, new OTC derivatives clearing business which, according to Morgan Stanley, will be worth an extra E160m in revenues.

“Clearing has become an ever changing landscape and we have reached a key inflection point”, says Alex Foster, global head of strategy and business development for financial services at BT. “Regulators want to increase competition and transparency in clearing but there is some friction between those aims and the desire to reduce risk and create greater stability post the financial crisis. What we’ve got now is a balancing act between what regulators and politicians, speaking for the man on the street, want and what different market players want.”

At the heart of the current fierce debate about the future shape of the clearing market is the interpretation of the MiFID II concept of open access. “What open access means is that clearing houses will now have to offer fair and open access to competitive venues,” says Steve Grob, director of strategy, Fidessa. “They will have to move from a vertical to horizontal model of clearing and decouple from their parent exchanges to become businesses in their own right.”

However, how far regulators should go in opening up the clearing business of vertical silos such as Deutsche Börse, CME and Intercontinental Exchange to competition is proving highly controversial.

Clamouring to break down the doors of the silos and push the competition envelope further are the likes of EuroCCP, LCH Clearnet and SIX x-clear who have fought to make interoperability an established feature of the clearing landscape. Without it, says Tomas Kindler, head of clearing at SIX Securities Services, open access has no teeth. 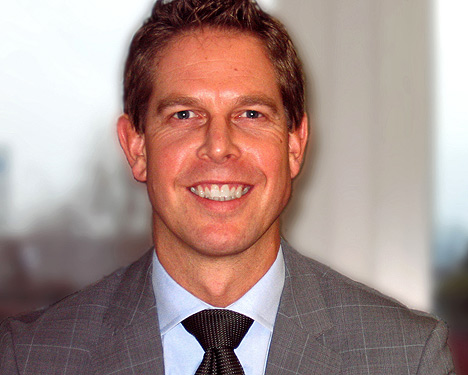 “Open access without interoperability changes nothing in the clearing layer. That really comes with interoperability where two CCPs are linked to each other and participants have a true choice where they can opt for a preferred CCP, and it doesn’t matter where the counterparty clears. That’s what we’ve seen in cash equities over the last couple of years. Clearing has become more efficient because participants are able to consolidate flows in a single CCP with synergies on margin, collateral and so on.” 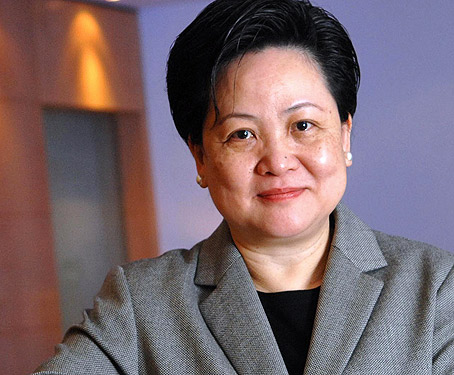 Diana Chan, chief executive of EuroCCP agrees that open access without interoperability is a toothless tiger. “The fundamental economics of why people want to choose their CCP is that by concentrating business in one CCP they can benefit from portfolio margining, making contributions to a single default fund instead of many, and a volume discount on fees. It is to realise the benefits of interoperability that we need open access. One cannot function without the other.”

Since mid-2011 when regulators first approved interoperable arrangements between CCPs, about half of trading venues, including all the major pan-European MTFs such as BATS Chi-X and Turquoise have introduced a choice of CCP. In addition a handful of primary exchanges including the Swiss exchange SIX and, more recently, LSE and Oslo Bors have embraced interoperability. When LSE goes live with interoperable arrangements at the beginning of next year, some 57% of European trades will be cleared concurrently by the three interoperating CCPs, according to EuroCCP.

While a greater choice in clearing appears popular with market participants and the process for facilitating interoperability in cash equities has so far proved problem-free, resistance to an open market is still holding strong in some exchanges.

“With the exception of Euronext all the remaining main markets that remain closed, such as Germany, Italy or Spain, are vertically integrated. From a pure economic perspective they have no incentive to open up. So the equities market is seen as the first line of defence for the lucrative derivatives market. That’s the main area they want to protect. Keeping the equities business closed has to be seen in that context,” says Kindler.

At present interoperability is being limited to cash equities, and to a degree, cash fixed income securities but whether regulators will extend the concept to products such as OTC derivatives remains to be seen. According to Philip Simons, head of OTC derivatives business at Deutsche Börse’s Eurex Clearing, the move would be a wrong turn.

“Regulators should absolutely not allow interoperability for derivatives,” he told the Mondo Visione Exchange Forum recently. “It creates systemic risk. If one clearing house goes down it would result in contagion as it would bring down all the others.”

However, Chan thinks interoperability in some parts of the derivatives clearing space is feasible. “If a CCP can manage market risk from its own members by collecting margin, then it can manage market risk from an interoperating CCP by collecting margin from that CCP,” she says. “To prevent contagion, CCPs should not be subject to the loss sharing rules of an interoperating CCP, even if this means collecting additional contributions from participants. For some institutions, the gains to be made from being able to use a CCP of choice may outweigh these additional costs.”

In addition, an interoperable clearing arrangement for derivatives already exists in Europe, albeit in a limited way. The Oslo Bors and the LSE’s Turquoise platform operate a joint order book for Norwegian equity derivatives and flow from Oslo Bors is cleared by Oslo Clearing while flow from Turquoise is cleared by LCH.Clearnet under an interoperable arrangement. The key requirement is the fungibility between contracts, argue proponents, but conceptually all standardised products that could be made fungible could qualify for interoperable clearing.

It’s not just those CCPs though with a vested interest in warding off increased competition that are sounding a cautionary note about its possible negative effects on the market. Observers like Steve Grob also fear that the move to open access and the centralised clearing of OTCs is making the financial world a less safe place.

“As CCPs start to uncouple from their parent exchanges and compete more directly with each, an obvious step to differentiate themselves is to offset margin requirements from equivalent but not fungible products especially given the opportunity costs of capital now. This could now include OTC product and exchange traded ones, say a Euroswap and a Bund. While this is OK in principle, “equivalent” is very different from “same” and a race to the bottom in this type of competitive activity will increase systemic risk rather than reduce it.”

As clearers try to build critical mass in the derivatives market, the introduction of long fee holidays and fee caps could suggest a race to the bottom has already begun and that derivatives clearing could well follow equities into a cut-throat space.

Reconciling greater competition in clearing with preserving the financial integrity of CCPs has therefore become a major focus of regulatory debate this year. Tougher international risk management standards have already been imposed on CCPs but now attention has turned to preventing and resolving a CCP failure. In October, the Bank for International Settlements and the International Organisation of Securities Commissions suggested that CCPs be allowed to call for additional resources from members in a crisis as well as introduce margin haircuts and terminate or ‘tear up’ contracts.

Members though fear such moves would subject them to unquantifiable exposures and JP Morgan, for example, recently proposed that CCPs be required to contribute more than 10% of member contributions into a guarantee fund to give them more “skin in the game” and curb reckless risk-taking. Another option being considered by European regulators is to introduce another layer of total loss absorbing capacity (TLAC) for CCPs, similar to banks, stipulating the minimum amount of capital and liabilities that can be written off in the event of a crisis.

What shape that framework takes will play a key part in determining whether clearing remains a game dominated by a few titans or whether a new era of competition and innovation finally dawns.