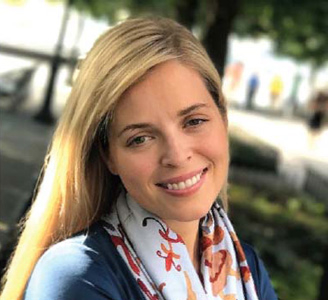 The massive adoption of passive products, particularly exchange traded funds, is having a pronounced impact on the stock market, but in ways that may not be apparent to the average investor, according to a new study by Goldman Sachs.

“One unintended consequence from the relentless inflow of passive is the liquidity profiles of stocks – even those with related fundamentals – now look vastly different,” wrote Goldman analysts led by options strategist Katherine Fogertey, in a note to clients, MarketWatch reports.

The shift away from active and into passive has been significant, driven by both the lower cost and historically better performance of passive funds. Figures from Morningstar show that passive funds attracted inflows of $428.7bn over 2016, while actively managed funds saw outflows of $285.2bn, a trend that has occurred for nearly 10 years.

While index-based funds have been popular in general, S&P 500-tracking products have been in particular demand. According to FactSet, fully one-seventh of the nearly $4.2tn in global ETF assets are in funds tracking the benchmark US equity index. The result is that passive funds now own an average of 17% of each component of the S&P 500, per Goldman’s data (the range is as little as 10%, and as much as 35%), whereas passive ownership was “a rounding error” a decade ago.

The Goldman note pointed out that as buying and selling index-funds essentially means buying and selling every component of the underlying index, “less trading is stemming from views on company fundamentals. Passive holders trade stock for different reasons than active managers, and at different frequencies. Passive’s decision to buy or sell stocks is often directed by broader fund flows and larger rebalances and not typically company specific fundamentals.”

The investment bank calculated that for the average S&P 500 company, the share of its stock that might trade on fundamental views has dropped to 77% compared with 95% a decade ago. Those figures are based on a measure Goldman calls “passive-adjusted float,” or the number of shares outstanding minus both restricted holdings and passive holdings.

“The impact on portfolio construction, alpha and trading are not fully appreciated by investors,” Fogertey wrote. Alpha refers to outperformance over a benchmark.

Separately, UBS analysts wrote that worries over the impact passive investing and ETFs would have on price discovery and liquidity were “misguided.” The Swiss based bank noted that while passive funds comprise 46% of total ETF and mutual fund assets, they only accounted for 8% of the overall global equity market value.