THE END OF AN ERA. 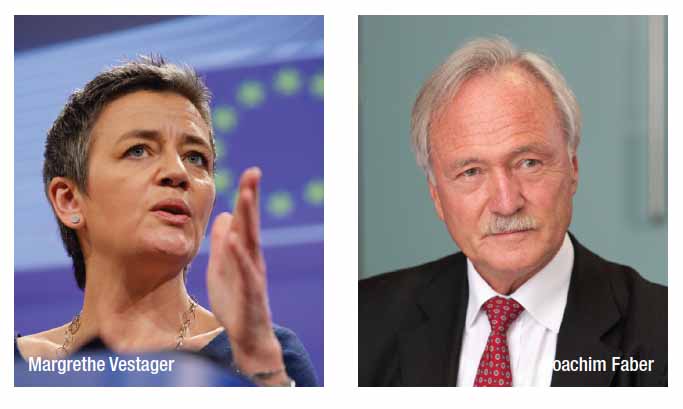 The merger was being billed as third time lucky but the European Union competition regulator dashed the hopes of the London Stock Exchange Group and Deutsche Börse and blocked their £24bn merger.

Margrethe Vestager, EU competition regulator, ended the third attempt in 17 years to create an Anglo-German exchange after the two groups refused to meet her requests to offset concerns about market concentration in fixed income clearing.

Vestager said the deal would have created a “de facto” monopoly in fixed income markets. “The commission cannot allow the creation of monopolies, and this is what would have happened in this case,” she said. “How exactly these markets work and the products that trade, well it may seem like rocket science but actually our competition concerns with this merger are very simple,” said Vestager.

The LSE had agreed to sell its French clearing house to rival Euronext for E510m to assuage fears that a combination would curb competition in clearing of repo markets, which are used by banks to help fund their short-term lending. However, it refused to sell its Italian trading platform MTS to placate competition concerns. The main argument was that a sale could jeopardise its relationship with Italian authorities, dent revenues from its Italian operations and require approval from multiple jurisdictions.

Competition concerns were not the only hurdles. The finely crafted deal was also thrown off course by the UK’s surprise vote last June to leave the EU. It had been calibrated to allow for decision making in London, Frankfurt and Milan, where the main market infrastructure is also owned by the LSE. Brexit radically altered the public debate on key issues such as the location of the combined group’s headquarters, and clearing, which ensures trades are completed if one party in a deal defaults.

As the deadline for the regulator’s decision approached, it became clear that the deal would not be approved. The ruling brings to an end a 15 month chapter where the two exchanges tried to create an exchange powerhouse that the chief executives hoped would rival their US and Asian competitors.

Together they would have become the world’s largest exchange by total income, the biggest for equities listings and would control more derivatives trades than any other entity in the world.

In separate statements, the LSE and Deutsche Börse both said they regretted the decision. “The prohibition is a setback for Europe, the Capital Markets Union and the bridge between continental Europe and Great Britain,” said Joachim Faber, chairman of the supervisory board of Deutsche Börse.

SOLVING THE DATA CONUNDRUM. Heather McKenzie looks at the challenges and initiatives hoping to ...

EUREX GETS GREEN LIGHT FROM CFTC FOR ESG FUTURES. Eurex, one of the world’s largest derivatives ...