CITADEL STUDY SHOWS QUANT STRATEGIES NOT TO BLAME FOR VOLATILITY.

The recent bouts of volatility in the US equity market were not caused by technology-driven market makers, according to a study by Citadel Securities, a US based liquidity provider, which undertook in-depth analysis of aggregate order book data from direct data feeds of US exchange groups.

It revealed that several episodes of heightened volatility in the US equity market witnessed over the past 12 months had nothing to do with quantitative investment strategies and computer-driven trading activities. Citadel looked at the order books of the 13 US exchanges for all the stocks in the S&P 500 and the Russell 2000 indexes at 10-second increments since mid-2011. 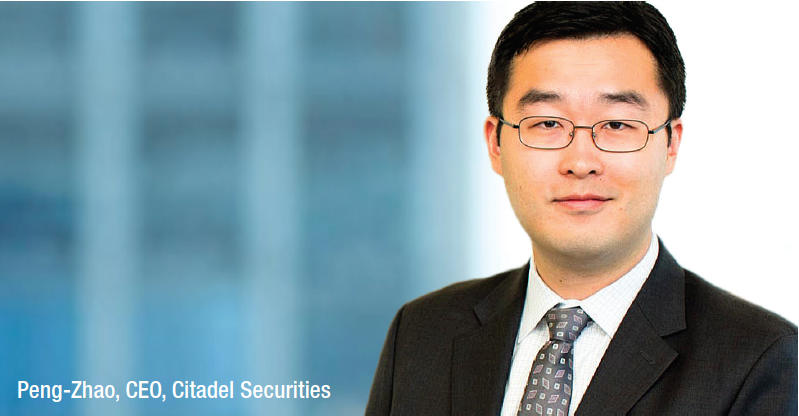 Market participants typically point to changes in market structure, regulation, or the rise of electronic market makers, as drivers behind periods of rapid stock price drops or diminished market liquidity. However, “given that the fundamental forces that have positively reshaped our equity markets have been at work for more than a decade, it seems unlikely that they are responsible for either impaired market liquidity or by extension, the episodes of volatility seen over the past year,” Citadel Securities stated.

The study noted that today’s market is “incredibly competitive”, with a new generation of technologically-sophisticated market participants having emerged as the “dominant liquidity providers”. Those players have displaced legacy dealers, including large banks, that have been slow to compete in more automated markets.

“This new competitive landscape has been in place for the better part of the last decade, which again makes it an implausible cause of recent market swings,” Citadel Securities said. “To the extent banks today face constraints in conducting certain trading activities, it is difficult to see how that explains stock market volatility, given the negligible role banks have played as liquidity providers in these markets for over a decade.”

Drilling down in more detail, the stocks comprising the two indexes showed that exchange liquidity has remained stable in the past eight years. The spreads at which traders could complete trades of $1m and $10m remained constant even in periods when the Cboe Volatility Index, or VIX, spiked, according to the report. For giant orders of $100m worth of stock, it found that spreads would have varied with jumps in the VIX, but the range of liquidity was the same over the long term.

The study also looked at liquidity trends for six individual stocks, including giants like Apple and Microsoft and one of the S&P 500’s smallest stocks, News Corp. It confirms past reports which showed shrinking spreads in the age of computerised market-making make it cheaper to trade the small orders of retail investors and institutions.

CHANGING OF THE GUARD IN FX Dan Barnes looks at whether HFT firms will become the new liquidity ...