Global Markets Exchange Group (GMEX), which is backed by Eurex has set 7 August for the launch date for its Euro-denominated interest rate swap (IRS) Constant Maturity Future (CMF) for trading and clearing on Eurex.

Market participants such as French bank Société Générale and broker RJ O’Brien, as well as high frequency trading firms Financial Markets Engineering and Virtu Financial will be live on day one, while Chicago-based Trading Technologies will allow connections to GMEX through its XTrader platform.

In addition, Eurex Exchange members can trade and clear the GMEX IRS CMF under their current membership. As of April 2015 onwards, market participants have had access to Eurex’s trading and clearing simulation environment to test internal systems and processes.

GMEX CMF is based on the Interest Rate Swap Index Average (IRSIA) and accurately tracks the interest rate exposure at each point on the yield curve by removing the expiry date and marking the contract to market against an IRSIA Constant Maturity Index on a daily basis. The result is that the contract facilitates the management of interest rate exposure without a constant need to re-adjust, and maintains the liquidity of a given maturity from two to 30 years. 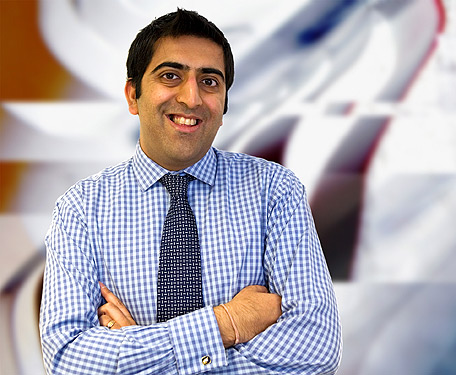 The company was established in 2013 by CEO Hirander Misra, a co-founder and former chief operating officer of Chi-X Europe. It sells technology to other exchanges through its GMEX Technologies arm, and will offer trading in the new constant maturity futures contract through its London derivatives exchange.

Misra said: “On launch we expect the first levels of activity to be testing and watching things settle, and then pick up as volumes increase, but we expect to have trades from the outset. In my mind it’s a process rather than an event, and I see it as a soft launch.”

He expects interest to pick up over time: “When we went live with Chi-X, we were 5% of the market with eight participants, and for this market it’s no different. You need to get the sand in the oyster that creates the pearl,” he added.

Interest in swap futures has been gaining traction as new regulations have come into force pushing standardised over-the-counter derivative contracts, such as swaps, onto electronic trading platforms, with increased compliance and collateral requirements. Swap futures mimic the economic benefits of swaps and can be used for hedging in broadly the same manner while sidestepping some requirements.

The market is getting crowded with Atlanta-headquartered Intercontinental Exchange (ICE) having introduced trading in swap futures based on a methodology from Eris Exchange on June 29, while the Chicago Mercantile Exchange Group is a well-established player in the swap futures arena.