Banco Santander, the largest Spanish bank, has issued a $20m blockchain-based bond with a quarterly coupon of 1.98%. This is significant mainly because of the bank’s use of the public Ethereum network, on which the investor wallet, the issuer wallet, and the issuer smart contracts reside.

The issue involved tokenised cash that was exchanged for bond tokens worth $20m via an atomic delivery-versus-payment (DvP) transaction. Santander Securities Services is acting as tokenisation agent and custodian of the cryptographic keys.

The project was implemented with the aid of London based start-up Nivaura, the beneficiary of an investment from Santander’s $200 million venture capital fund in February last year. The three-year old firm is targeting the fragmented and manual processes involved in the issuance and administration of debt, equity and structured products

José García Cantera, chief financial officer at Banco Santander, says the one-year maturity bond has reduced the number of intermediaries required in the process, making the transaction faster, more efficient and simpler. “We want to take advantage of any technology that can accelerate that process, so that our customers thrive and be faster and more efficient, and blockchain is one of those technologies,” he says.

It is clear that there is a genuine requirement in the crypto-asset market infrastructure for a reliable, compliant payments mechanism based on existing fiat currencies – not just for Santander’s future blockchain bond issuances to receive a wider take-up, but for the progression of the market as a whole. 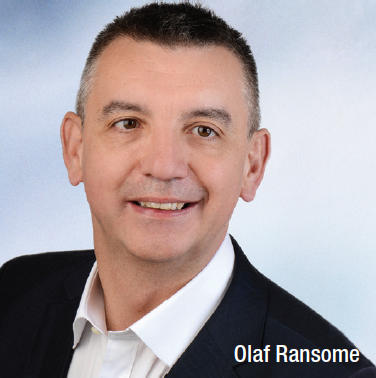 This is precisely the driver behind Fnality’s Utility Settlement Coin (USC) project, backed by 15 shareholders “We went the permission route. We did that early, we did that thoughtfully and we did that widely across all those central banks, and that’s been an ongoing dialogue. Not a formal dialogue – it’s not that central banks have officially said yes. But they haven’t said no “says Olaf Ransome, Fnality’s Chief Commercial Officer. Indeed, as USC will be issued in each currency and backed by fiat currency held by each respective central bank, agreement is crucial.

Hirander Misra, CEO of GMEX Group, an exchange operator and technology provider, frames the situation: “Asset-backed digital currencies (also called “stablecoins”), present an opportunity to underpin a means of exchange and settlement with real assets, in order to create trust, which in turn encourages critical mass adoption. As digital assets increasingly become regulated, it’s inevitable that digital currency creators who want acceptance with national authorities have to work with national central banks, regulators, and international bodies such as the OECD, to ensure compliance.”