POUND REBOUNDS BUT IT MAY BE SHORT LIVED.

Sterling soared and reported one of its biggest one-day gains in the past two decades on the news that the Tory party won a larger than expected majority. However, analysts advise caution as it is likely to be a long and bumpy Brexit road ahead.

Sterling climbed 2.7% to $1.351, its highest level against the US dollar since May 2018, after the December 12 results, which put it on course for one of its biggest ever one-day gains. The UK currency reached its highest level against the euro since December 2016, hitting Ä1.207. Investors and analysts said a Conservative victory removed some of the uncertainty clouding the UK’s path towards leaving the EU, allowing Boris Johnson to get his Brexit deal through parliament.

A research report from Morningstar, said the pound and UK shares have been under pressure this year as two Brexit deadlines came and went, Theresa May’s premiership crumbled in the summer, and Labour’s radical plans to overhaul the UK economy gained traction with some voters. 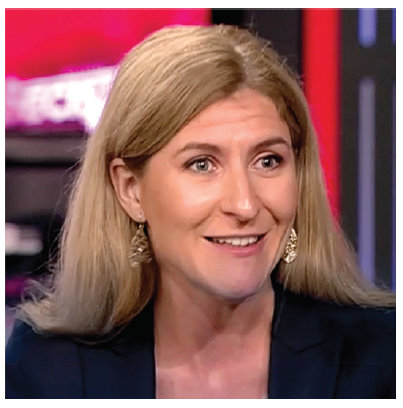 Silvia Dall’Angelo, Senior Economist, Hermes Investment Management said, “the so-called most important general election in a generation has delivered a very clear mandate to the Conservative party to ‘get Brexit done’. While that sounds simple, the implementation is far from straightforward. Once the EU withdrawal agreement is approved – which is now almost certain to happen by the end of January – the uncertainty about the end point of the journey will linger and the path to it will likely be bumpy and lengthy. Crucially, the UK will have to rebuild its network of trade arrangements, which is unlikely to be frictionless.”

She added, “The removal of the uncertainty about the divorce aspect of the Brexit process is good news for the short-term economic outlook. Growth has slowed down significantly over the last few years, largely reflecting the drag from Brexit-related uncertainty on business investment. As the fog of uncertainty partially lifts, growth and business investment will probably experience a modest pick-up in the first half of next year.

“However,” she noted, “as a new sequence of deadlines concerning the negotiation of a trade deal with the EU looms, uncertainty will probably re-emerge over the course of next year, which will probably be accompanied by renewed volatility in the pound and UK assets. Indeed, according to the deal under discussion the transition period will end at the end of 2020 and any extension will need to be agreed by July, which will potentially create new cliff-edge effects. Moreover, there is no clarity about the trading arrangements that will eventually emerge between the UK and the rest of the world, which clouds the UK’s medium- to long-term outlook.”

PASSIVE INVESTING ASSERTS ITSELF. There has been a discernible shift to passive from active inv ...

WHAT’S IN A NAME? The concept of alternative indexation is not new but the number of moni ...